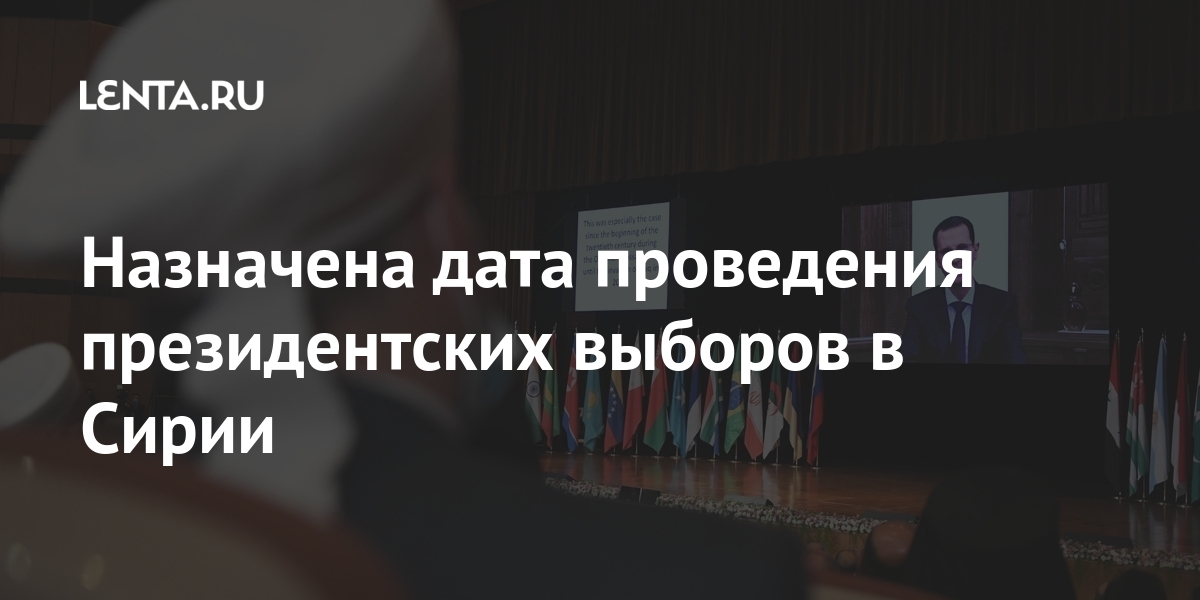 The Syrian People’s Council has set a date for the presidential elections in the country. The event will take place on May 26, and the nomination of candidates will begin on April 19. This is reported by “RIA News“.

At the meeting of the parliament, it was noted that on May 26, all Syrian citizens who are in the country will be able to vote for candidates. The Syrians, who will not be able to be at home that day, will have the opportunity to cast their vote on the territory of diplomatic missions on May 20. For them, voting will be held from seven in the morning to seven in the evening local time.

“Registration of candidates begins on Monday, April 19, and will last for ten days,” said representatives of the Syrian People’s Council.

A month before the date was set, Britain, Germany, Italy, the United States and France refused to recognize the upcoming presidential elections in Syria as fair. At the same time, the West called on the Assad government and his supporters to seriously engage in the political process and involve all Syrians, including those living abroad and internally displaced persons, in it.

Specialists define procedures for a safe feast from “Corona”

Surprise: Mauricio Macri was above Alberto Fernández in an image survey