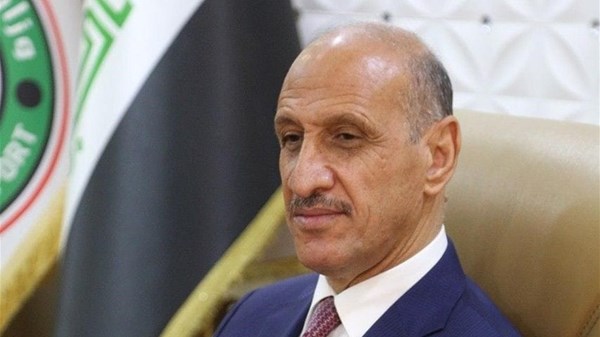 Iraqi Minister of Youth and Sports Adnan Darjal said: A few meters remain before the official announcement that his country will host the “Gulf 25” football tournament, on April 26, the date of the meeting of the heads of the Gulf federations to vote on the host country.
“All the impressions formed now indicate that a few meters separate from the official announcement that Iraq will host the” Gulf Arab 25 “in Basra, Darjal said in a press conference Tuesday.
He added, “The past days have witnessed continuous contacts with the heads of the Gulf federations, and the impressions formed, reflecting their eagerness to hold the championship in Basra, and this makes us need a lot of work.”
Darjal indicated that decisions will be issued by the Iraqi government related to securing all requirements in the next stage for the success of the championship.
Regarding the discussion of a new timing for the establishment of the “Gulf 25”, which does not intersect with the programs and commitments of the participating teams, the minister explained: “We will discuss this matter with the rest of the Gulf federations, to decide on a new date that suits everyone, and in a way that does not affect the technical value of the tournament.”
Early this month, the southern city of Basra witnessed a visit by a delegation from the executive office of the Gulf Cup Federation to review its preparations for hosting the tournament and follow up the infrastructure of the sports facilities there.
“During the visit, we found a great development in the field of development, infrastructure and facilities in the city of Basra,” Hamid Al-Shaibani, head of the Gulf delegation, said after the end of that visit.
Iraq hosted the Gulf Cup for the first time in 1979, by holding the fifth edition of it in the capital, Baghdad, and crowning its title.