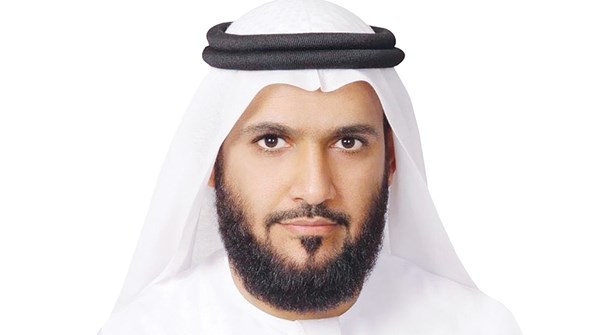 Mohammed Suhail Al Muhairi, Member of the Board of Directors and Executive Director of the Dar Al Ber Society, confirmed that the UAE initiative to provide 100 million meals and send them to the needy in various countries embodies the commitment of the UAE, as it serves countries in need and lower-income communities within the food feeding system, and produces a positive community movement that supports Providing immediate solutions to hunger problems.
He indicated that the Dar Al Ber Society donated 20 million dirhams for the campaign, based on the vision and mission of the association whose policy is based on helping the poor and needy, and contributing to community development and sustainability, stressing that the campaign serves more than 20 countries, and the donation of one dirham contributes to providing the basic ingredients for preparing a meal Food in lower-income communities targeted by the campaign.
On the most prominent projects of the Dar Al-Bar Association, Al-Muhairi said: The most prominent internal projects of the association are feeding food, which provides meals for workers, then breakfast for the fasting poor and needy people, sacrificial animals and watering water to distribute drinking water packages to workers, the poor and the needy, in addition to the water coolers project in which refrigerators are distributed For places in need of cold and pure drinking water, as well as the Omar Umrah project, which is a life-long journey for workers who are unable to perform it.
Al Muhairi said: The fasting breakfast campaign, which costs 4 million people, was launched during the current month of Ramadan, indicating that community members interacted in donations, and there was no more than 200,000 dirhams left to complete the amount, referring to the communication, compassion, righteousness, benevolence, and kindness of the people of the Emirates during Ramadan, but the current circumstances in light of the pandemic require adherence to the preventive measures and instructions of the competent authorities in the country, which is what the UAE and its people have provided a model for commitment and responsibility during the last stage, calling on all segments of society to contribute to the charitable and humanitarian projects launched by the Dar Al Ber Society in its Ramadan campaign , So that you can donate and contribute via the association’s website and smart applications, or by calling the phone number 80079.
He emphasized the association’s tendency to focus on internal projects, based on the directives of the official authorities regulating this sector, indicating at the same time that the association is one of the associations that have large business outside the country, and follows up on its projects and external services, through several channels, including the Ministry of Foreign Affairs and International Cooperation. And state embassies, as well as officials in the association make many periodic visits to follow up on periodic work.

Isaki Lacuesta returns to the jihadist attack in Bataclan

Oscar 2021: HER’s “Fight For You” wins the statuette for best original song