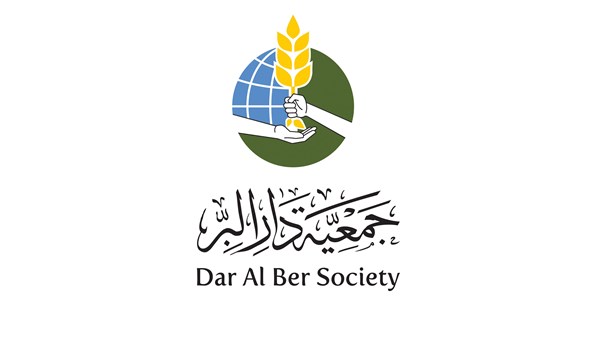 Dar Al Ber, one of the first charitable societies established at the state level, donated 20 million dirhams in support of the “100 million meals” campaign, launched by His Highness Sheikh Mohammed bin Rashid Al Maktoum, Vice President and Prime Minister and Ruler of Dubai, “May God protect him.” As the largest campaign to feed food during Ramadan in 20 Arab, African and Asian countries. The value of Dar Al-Ber’s contribution is equivalent to the cost of the basic food ingredients required to prepare 20 million meals in lower-income communities within the countries benefiting from the “100 million meals” campaign organized by the “Mohammed bin Rashid Al Maktoum Global Initiatives” in cooperation with the World Food Program and the Mohammed bin Rashid Al Foundation. Maktoum for Charitable and Humanitarian Works, the regional network of food banks and a number of humanitarian and charitable societies and organizations in the countries covered by the campaign. The campaign, which provides food parcels containing the basic materials required to prepare meals for the needy and needy families in 20 countries, aims to provide direct food support to millions of underprivileged groups in Asia, Africa and the Arab world in conjunction with the holy month of Ramadan. Mohammed Suhail Al Muhairi, Member of the Board of Directors and Executive Director of the Dar Al Ber Society, affirmed that the UAE’s initiative to provide 100 million meals and send them to the needy in the region reflects the UAE’s commitment to its Islamic religious values ​​and constants, specifically in the blessed Ramadan, the month of goodness, righteousness and charity, and the great humanitarian role of the UAE. And the charitable, civilized approach pursued by the state, with the vision and guidance of our wise leadership. Al-Muhairi stressed the keenness of “Dar Al-Ber” to actively and lively participate in humanitarian initiatives, national relief campaigns, and joint charitable projects, and to quickly and qualitatively respond to the initiatives and directives of our wise leadership in the field of charitable and humanitarian work, seeking to translate the values ​​and teachings of our noble Islamic religion, and to provide the needs of the poor and needy in The region and the world, and relief for the afflicted and contributing to the development of the less fortunate regions in the parts of the earth, and to promoting the bright human and civilized image of our country. The campaign is based on the 100 million meals coinciding with the holy month of Ramadan; The month of compassion and righteousness, to the values ​​of giving, sacrifice and solidarity inherent in the people and society of the Emirates and the various institutions and sectors in it, to form a response to the suffering of more than 820 million people around the world from some form of malnutrition, of whom 52 million are in the Middle East and North Africa region, and relieve the burdens on the needy And the poor, the needy, and the needy families. The goals of the 100 Million Meals Campaign, which reflects the values ​​of the UAE and its humanitarian initiatives in extending a helping hand, relief and supporting the needy and the afflicted, spreading goodness and mitigating the effects of crises, disasters, challenges and suffering for all peoples without exception, intersect with the pillars on which the Dar Al Ber Society was founded, which seeks in its charitable and humanitarian projects. To empower the most needy groups, to achieve sustainability and inclusiveness of charitable and humanitarian work, and to reinforce the values ​​of tolerance, solidarity and human solidarity in the face of crises and challenges. The campaign opens the door to contributing to efforts to feed the hungry for individuals and institutions from the business community, institutions of the government and private sectors, and charitable work organizations inside and outside the country to provide support through 4 main channels for donation, which are the website, bank account, call center, and text messages. The “100 Million Meals” campaign allows everyone to donate through the channels of the website www.100millionmeals.ae, and bank transfer to the account of the 100 million meals campaign in “Dubai Islamic Bank”, whose number is: “AE08 0240 0015 2097 7815 201”, or through SMS. “SMS” through the numbers shown on the website for users of the “Du” and “Etisalat” networks within the UAE. The campaign also allows the possibility to donate by contacting the campaign team in the call center at the toll free number 8004999 or e-mail: [email protected] The Dar Al-Bar Association, which was established in 1979, is considered one of the first charitable and humanitarian societies established in the country in order to launch charitable and endowment projects that achieve the sustainability of charitable and community work, and promote the values ​​of tolerance and empowerment of women and the various groups of society in need of support through projects and initiatives aimed at empowering individuals, supporting families and promoting development. In the societies most in need .. Since its launch more than three decades ago, millions of people have benefited from the initiatives of the Dar Al Ber Society, inside and outside the country.