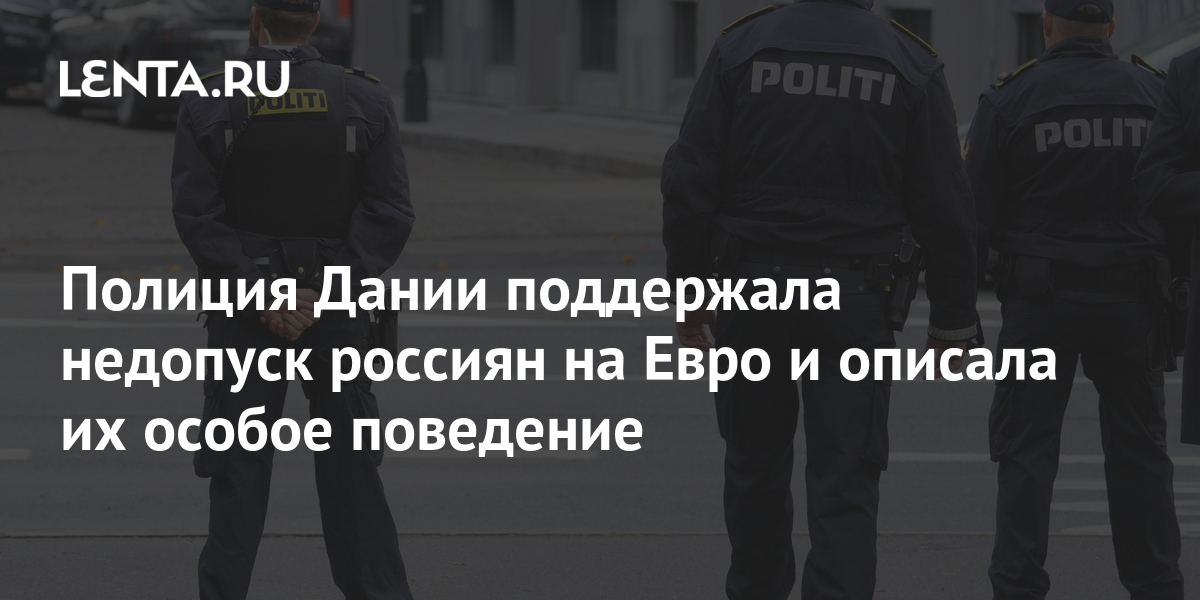 Danish police supported the refusal of Russian fans to the European Football Championship and described their special behavior. Reported by Bt.dk

“Experience suggests that a lot of energy would have to be spent on Russian fans. Often they had a desire to start a fight or start a riot, ”said Copenhagen law enforcement officials, noting that there are always serious problems with fans from Russia, which requires a large number of police officers.

The decision of the Danes not to allow Russian fans to attend Euro matches became known on June 1. The Russian Football Union asked the Union of European Football Associations (UEFA) to make an exception for domestic fans, but was refused.

The European Championship starts on June 11. Copenhagen is to host three meetings of Group B. Among them, the duel between the national teams of Russia and Denmark (June 21), as well as one game of 1/8 finals.