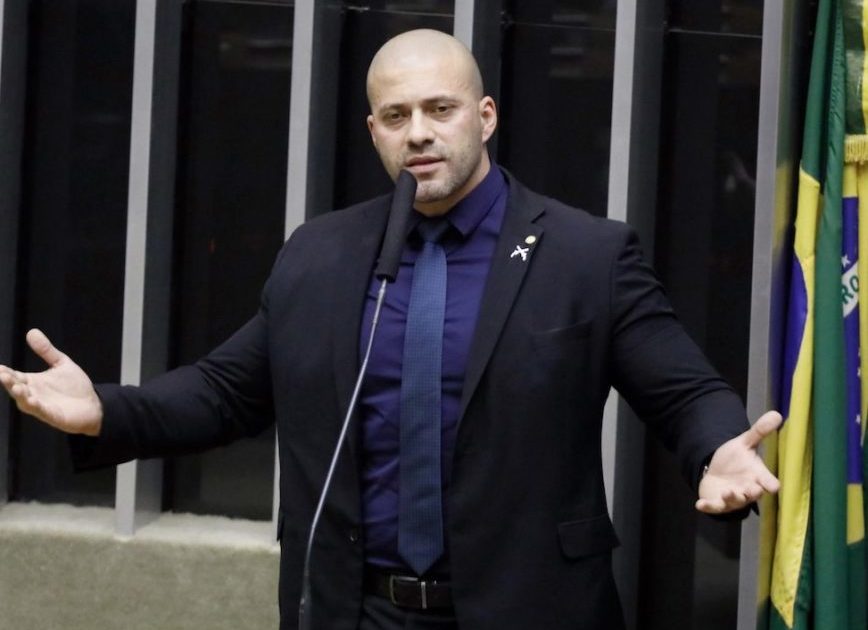 Deputy Daniel Silveira (PSL-RJ) told the PF (Federal Police) that the dog gnawed the charger of his electronic anklet, so 30 violations of the use of the equipment were identified. The testimony took place on Thursday (15.Jul.2021). The information is from the G1.

The politician also stated that “systemic failures” in the mountainous region of Rio de Janeiro they prevented him from carrying the anklet. According to him, from 1st to 3rd of May there was a blackout, which made it impossible to recharge.

He also said that he takes an anti-inflammatory, which makes him very sleepy, and, for that reason, he ended up not carrying the equipment; what, “for lack of attention”, forgot to recharge when participating in virtual sessions of the Chamber; and that your daily workouts Muay Thai “may have damaged the interior of the equipment”.

Silveira was arrested in February this year after recording a video threatening the minister of the STF (Supreme Federal Court) and defending the AI-5 (Institutional Act No. 5), which in 1968 further hardened the Brazilian military dictatorship (1964-1985).

Minister Alexandre de Moraes even granted the deputy home. After verifying the 30 violations of the ankle bracelet, he arbitrated R$100,000 bail against the politician. As the amount was not paid in a timely manner, Moraes sent Silveira back to prison.

Deputy Attorney General Humberto Jacques de Medeiros defended Silveira’s return to prison. “Repeated discharges, absence in the delimited area and serious material damage to the equipment are reproduced at too high a frequency for those who are unaware that their freedom depends on strict compliance with the conditions dictated by the Justice – the same Justice against which it acted and acts moved by illegitimate interests”, he stated.