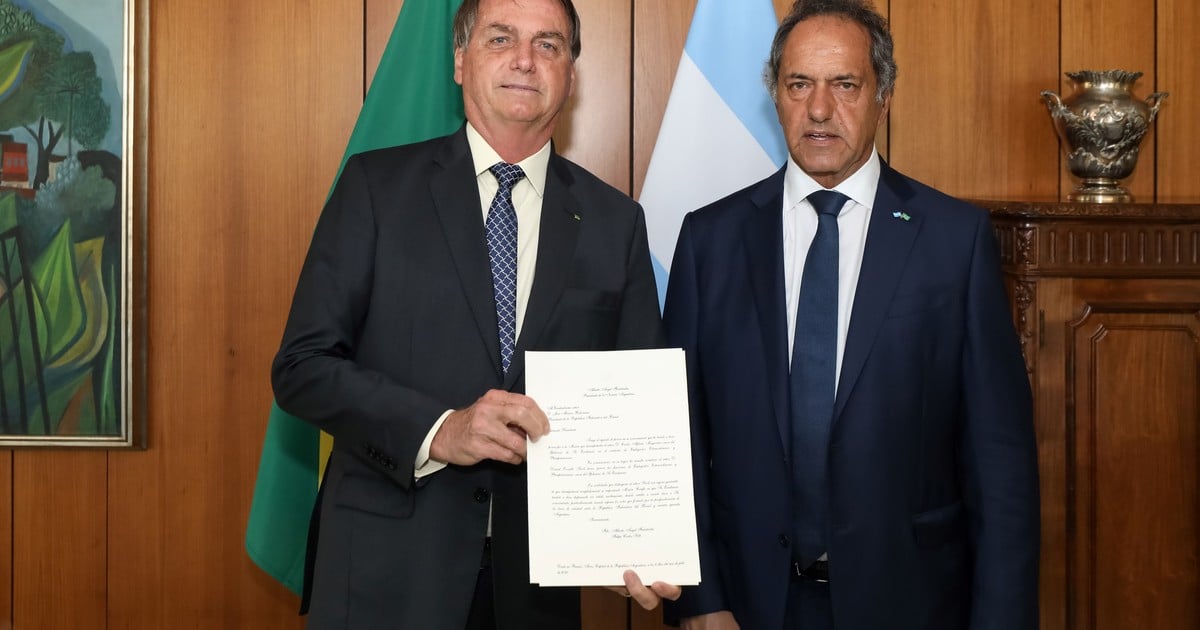 Daniel Scioli awarded the Presidential campaign in Brazil the strong criticism of Jair Bolsonaro to Alberto Fernández, after the controversial phrase that the Argentine president pronounced about Brazilians and Mexicans.

In that sense, gave for “passed” the interdict, just over 24 hours after the act that Alberto Fernández shared this Wednesday with the Prime Minister of Spain, Pedro Sánchez.

The controversy began there, in the Casa Rosada, when the Argentine president wrongly quoted Octavio Paz (the phrase is from a Litto Nebbia song).

His intervention garnered numerous criticisms in Argentina, Mexico and Brazil. One of the most important reactions was that of Jair Bolsonaro, who was ironic on the matter.

However, Scioli played down the altercation on Thursday.

“Bolsonaro gave his answer, period. There is also a campaign issue here, right? The new presidential elections are coming in Brazil,” Scioli replied, in an interview with TN.

He listed the circumstances that would be part of the campaign: “The Copa América, the Court’s ruling on the tournament, also the discussions regarding the future of Mercosur, and there may be different positions regarding politics.”

And he added: “Former President Macri chatting with Bolsonaro, with the political affinity they have.”

The allusion to the referent of Together for Change is due to the fact that Macri himself contacted the Brazilian president to offer him an apology for Fernández’s words.

In this context, Scioli considered the controversy “overcome”.

“With the President’s apology, I felt today in my daily agenda that the issue is over. I had meetings with the Brazilian Foreign Ministry, with business entities. I felt that it was closed,” said the former Buenos Aires governor.

The phrase of Alberto Fernández garnered criticism in social networks and in the Mexican and Brazilian media. Bolsonaro and the former president of Mexico, Felipe Calderón, even joined in.

First, the Brazilian president shared a photo with an indigenous community. And he accompanied her with one word: “Jungle.”

This Thursday, meanwhile, he was ironic again.

“The president of Argentina said that they came from Europe and we came from the jungle,” Bolsonaro said. And he added: “I remember when (Hugo) Chávez died and Maduro took office, saying that he spoke with little birds in which the figure of Chávez had incarnated. I think that for Maduro and Fernández there is no vaccine. “

And in Argentina some indigenous communities reacted negatively to the President’s words. Among them was Félix Díaz, a benchmark for the Qom.

“We are concerned that a President says that and that he is unaware of the existence of the indigenous peoples of this country. Even in this era of modern times, that we continue to be isolated by the same State,” Díaz told Clarion.