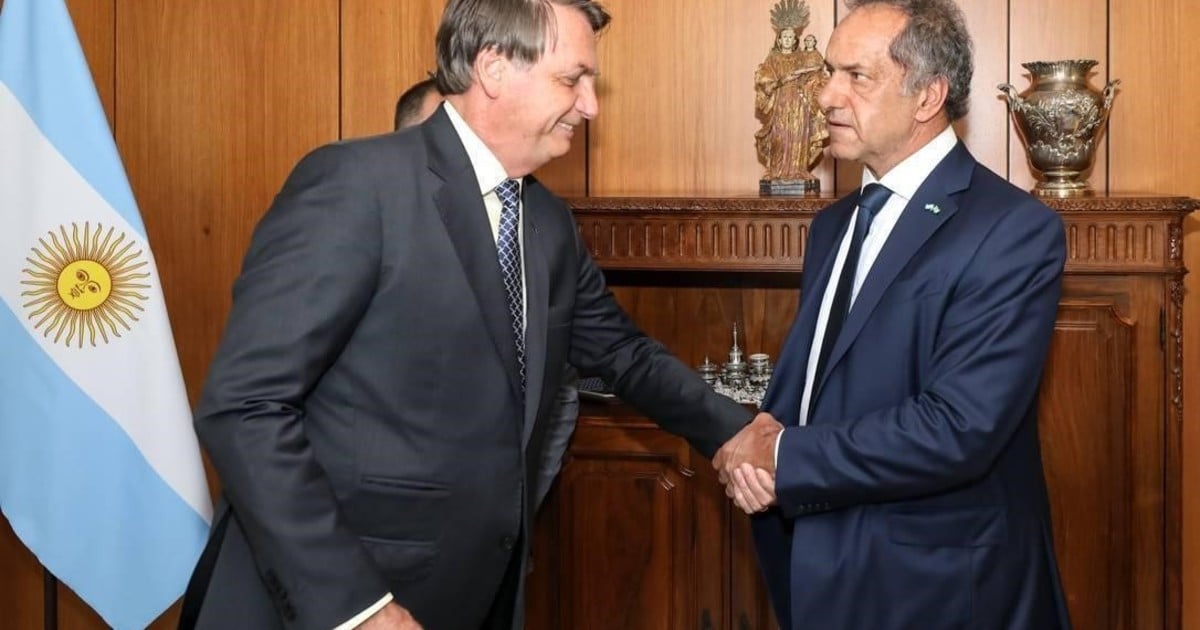 The Argentine ambassador to Brazil, Daniel Scioli, came out this Saturday to the crossing of Paulo Guedes, the Minister of Economy of Jair Bolsonaro, who accused him of having drawn up the letter with which former leaders Lula Da Silva and Fernando Henrique Cardoso supported Alberto Fernández in his position against the Flexibility of the Common External Tariff of Mercosur.

Guedes had indicated during a virtual audience with the officials that “the Argentine ambassador wrote a letter saying that Brazil threatens Mercosur when it is the opposite.”

He redoubled the bet by pointing out that Brazil cannot “allow a veto by an Argentine government to make a trade agreement impossible,” adding: “We want to modernize Mercosur“.

Scioli did not take long to go out to the Guedes junction. Through a statement from the Brazilian capital, the ambassador assured that the Bolsonaro official told him “wrongly attributed “the wording of” the letter in which former presidents Lula and Cardoso defend the integrity of Mercosur, and state that it is not the time to reduce the common external tariff unilaterally. “

“The Minister also pointed out that Argentina was preventing the modernization of the bloc. I want to state that these declarations are not conditional on the spirit of unity and commitment to bilateral integration that I have always promoted in all my meetings with governors, businessmen and political leaders in favor of the integration of both countries and the deepening of the bond between Argentina and Brazil, “insisted Scioli.

The letter that generated the back and forth between the officials was known weeks ago and there Lula and Cardoso signed a joint statement in support of Fernández.

“We agree with the position of the president of Argentina, Alberto Fernández, in the sense that it is not the time to carry out unilateral tariff reductions by Mercosur, without any benefit in favor of the bloc’s exports,” the document said, according to a note. published by the newspaper Folha de Sao Paulo.

The former presidents also pointed out that they “agreed that it is necessary maintain block integrity, so that all its members can fully develop their industrial and technological capabilities and participate in a dynamic and creative way in the contemporary world economy. “

Scioli remarked in his statement that “the Argentine position held by President Alberto Fernández it is not ideological but seeks a rational modernization of Mercosur consistent with the current times, defending the employment and development of the industries of Argentina and Brazil “.

Scioli defended the Argentine position against “the reduction of the external tariff of Mercosur” promoted by Bolsonaro and stressed that the same is supported by “the entire industrial sector of both countries and also by the workers and unions of Brazil and Argentina.”

“On the other hand, I want to clarify that I never promoted the letter of former presidents Lula and Cardoso in favor of Mercosur. In my institutional role as Ambassador, I met not only with both respected former presidents but also with former presidents Sarney and Collor de Mello, to hear his experiences on the valuable bond between Argentina and Brazil, “added the Argentine ambassador.

The round trip between Scioli and Guedes is one more chapter of the tense relationship between the governments of Argentina and Brazil that weeks ago had escalated after Bolsonaro pointed out that the Argentines “they voted for those who plunged the country into a hole”.

In a brief conversation with a group of followers, Bolsonaro regretted that Argentina, a Mercosur partner along with Brazil, Uruguay and Paraguay, “is in a rather complicated situation,” which he attributed to the fact that “the staff there decided to vote for those who sank the country in a hole “.