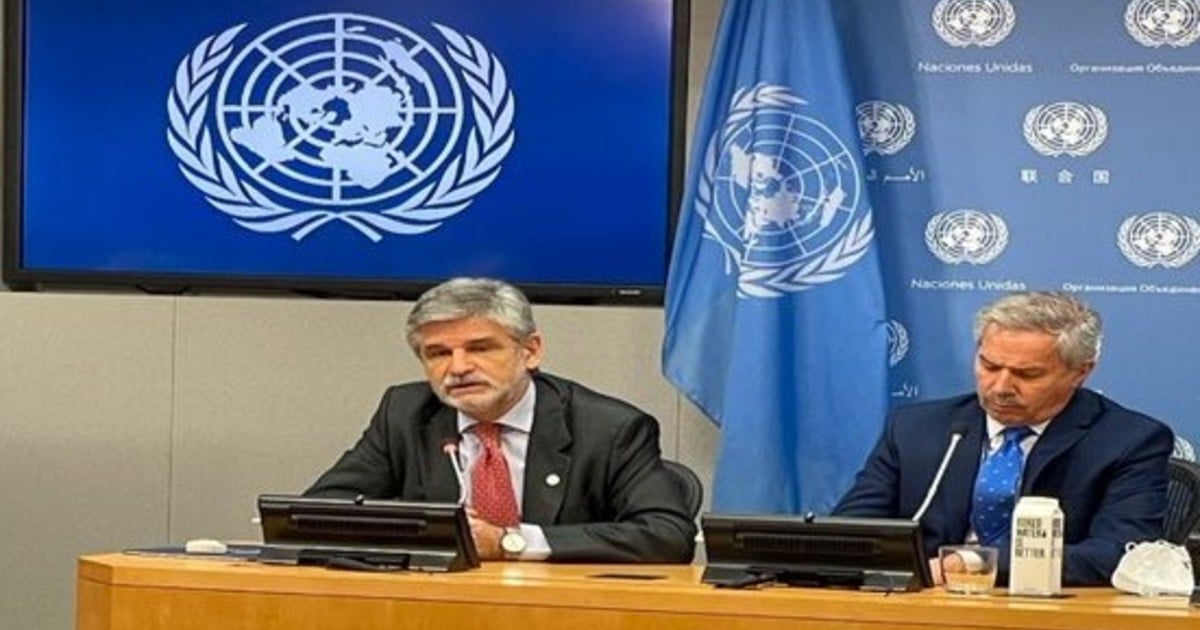 Daniel Filmus, Secretary of the Malvinas, Antarctica and South Atlantic, was rebuked and insulted by a passenger when he was returning on an American Airlines flight from New York, United States, after participating in a meeting of the United Nations.

The passenger recorded the scene with his cell phone in which he appears next to the official and to whom he reproached him: “You should be traveling on Airlines, not here. You should be ashamedThey are shit, they are sinking the country. “

The video was uploaded by the passenger to his Twitter account and quickly went viral on social media.

Faced with the accusation, the Secretary of the Malvinas, Antarctica and South Atlantic of the Foreign Ministry tried to give him an explanation: “I came for the United Nations. They send us the tickets“, it manifested.

“Whatever, but they are sinking us, I haven’t worked for a year and a half, you should be ashamed, “insisted the passenger in front of Filmus, who only managed to answer that he understood the situation.

Not satisfied with the answer, the passenger added: “You don’t know what it is like for a kid my age to want to leave the country because of people like you. They are a scourge“.

At all times, the Malvinas secretary tried to speak and replied: “We kill ourselves working every day.”

I kind of went to shit. But this man brings out the worst in me. Like the entire political caste. And he clarified: they may have paid the ticket for him. But not his family, and they were a couple of rows behind. pic.twitter.com/w8odLngpq2

The passenger, upset and not listening, responded angrily: “No, they are not working, they are stealing how they did the last twelve years and how they will continue to do. Because the country project they have is that. “” The next time you get on an American plane, you should be ashamed of yourself, “he added.

“Gives you no shame? Travel by Aero Cámpora ”, the passenger reproached Filmus.

At that moment, Filmus decided to end the conversation and put on his headphones to continue his reading. In this way, the man walked away but not before insulting him again.

After publishing the video, the passenger referred to what happened. “I went a little to shit. But this man brings out the worst in me. Like the entire political caste. And he clarified: they may have paid the ticket for him. But not for his family, and they were a couple of rows behind. “he commented.

Beyond the incident, Filmus traveled to the United Nations headquarters to participate in a session of the Special Decolonization Committee, which by consensus adopted a new resolution that reiterates, as every year since 1983, the call to the United Kingdom and Argentina to resume peaceful negotiations to resolve the sovereignty controversy over the Falkland Islands, South Georgia, the South Sandwich Islands and the surrounding maritime areas, on the basis of the so-called Resolution 2065.