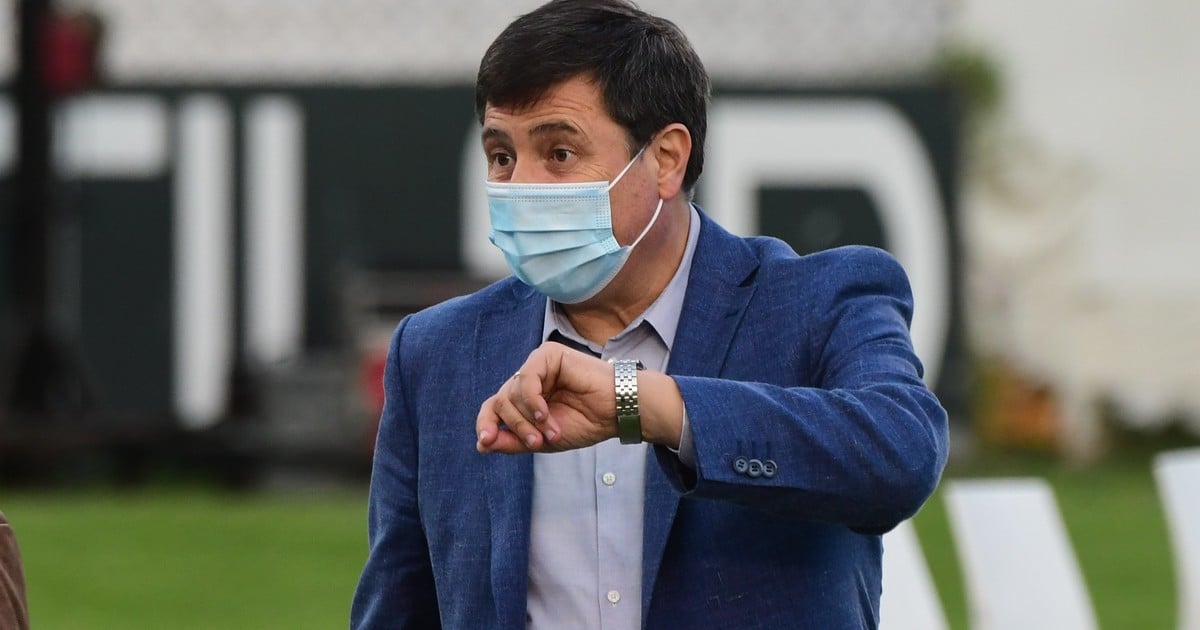 The Minister of Social Development of the Nation, Daniel Arroyo, assured this Monday that this “is not the time” to re-implement the Family Emergency Income (IFE).

“The IFE had to do with a moment, in April, May and June of last year, in which all activity was closed and poverty was 47%, and this is not the moment of that situation “, indicated the official during an interview with A24.

In this way, he responded without naming Andrés “Cuervo” Larroque, benchmark of La Cámpora and Minister of Development of the Buenos Aires Community.

The cabinet member commanding Axel Kicillof earlier had considered “indispensable to continue a policy such as Emergency Family Income “.

In any case, Arroyo clarified that the national government is “constantly evaluating” the social and economic situation, and is “going to take additional measures. as needed“.

For that, he pointed out that he carefully follows five sectors those considered critical at the moment: construction, food production, textile activity, care systems and recycling.

Regarding them, to alleviate the economic disaster caused by the restrictions due to the pandemic, said that “there are 3 keys: the price of food, improving the income of families and reducing their debt.”

“The main problem we have today, removing the coronavirus, is the price of food“, he stressed.

Moreover, when asked about what level of poverty he expects to close in 2021, he replied that it will depend “on the price of food, which in the first quarter has been very critical“.

Although the return of the IFE is not being considered for the moment, the Government has launched “a set of social benefits that have been launched since last week. “

Among them are “a bonus of 15 thousand pesos for a million families, the Repro (18 thousand pesos apart from private sector workers) and the increase in the minimum wage that went to 24 thousand pesos in May”, in addition to “the coverage and expansion of the food card, and the coverage of dining rooms and picnic areas”.

Arroyo is aware of the worrying level of poverty in the country, and also of the informality.

For his part, Alberto Fernández had been clear in April: “I do not plan for the IFE to return for now because the economy is working“.

Of course, the new restrictions due to the second wave of coronavirus infections, in a country increasingly battered by poverty and destitution, could make the President, once again, contradicts himself giving in to pressure.

The official intern and the claims by the IFE

Claims for the return of the IFE, as mentioned above, come from the hardest wing of Kirchnerism, the same sector of the governing coalition that maintains a heated dispute at the moment over the situation involving Federico Basualdo, undersecretary of Electric Power.

After Martín Guzmán, Minister of Economy, asked for his resignation, his subordinate not only refused, but was supported in office by La Cámpora and the Instituto Patria. That is, Cristina Kirchner.

Therefore, the discussion by the IFE could be framed within the bigger and bigger disputes between two increasingly estranged sectors, if it were not for Kirchnerism is not the only movement calling for its return.

Various social movements who have representatives within the government structure also began to pressure, alerted by the economic crisis that is hitting their constituents.

In this context, regarding this issue, they are fully aligned with what was expressed by Larroque this Monday: “We have to establish a dignity floor and end, at least, with homelessness.”

The real dispute is between Martín Guzmán and Axel Kicillof