Dani Mateo smashes the hour record on the track: 20,593 meters 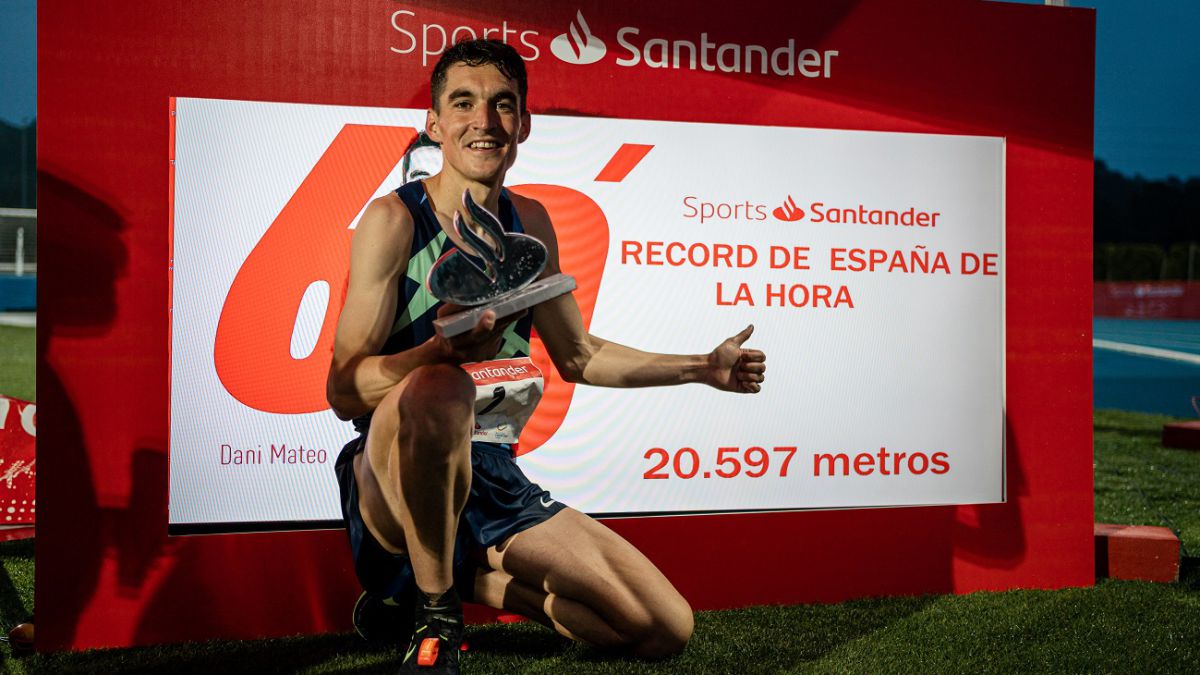 The marathoner Daniel Mateo pulverized this Tuesday the record for the hour on the track, which had been owned by Mariano Haro since 1975, by traveling 20,593 meters (although at first he was awarded 20,597, the RFEA lowered the mark later) at the Olympic Stadium Camilo Cano from the Alicante town of La Nucía.

The Soriano surpassed the 20,493 meters that the Valladolid athlete completed in a test in which he also achieved, in the intermediate steps, the best Spanish mark in the history of the 15,000 meters with a time of 43:45. He beat Haro’s mark for 20 seconds, and that of 20,000, with 59:18, 19 seconds less than the long-distance runner from Valladolid. The athlete had the collaboration of Houssame Benabbou, David Bascuñana and Ibrahim Chakhir, who acted as hares for the runner from Soria.

At 9 kilometers, Daniel Mateo was left alone and without references after the hares abandoned, which in principle complicated his forecasts, but he increased the pace and improved all intermediate steps since then. “I saw it very difficult, I have felt very supported by the teammates and by the coach, “said the Soriano, who thanked Mariano Haro” for having opened the way. “My most sincere congratulations. He has had a great career. Another great achievement for athletics after 45 years, “Haro congratulated him on his Twitter account.

At the same time, Martín Fiz also covered the longest distance recorded to date in the over 55s category with several veteran athletes. Fiz covered 17,662 meters. “The last two months I was training at the Mendizorroza Stadium, although I have to say that the training has been more mental than physical. I had set a distance of 41 laps, that is, 17 kilometers and 600 meters to be satisfied and at the In the end I have passed that distance. I am happy as always for the test and above all because I am here on D day and at H hour on an emblematic day for Spanish athletics with Dani Mateo, the true protagonist of today “, he stressed.

Oscar 2021: If something happens to me, I want them wins as best short film