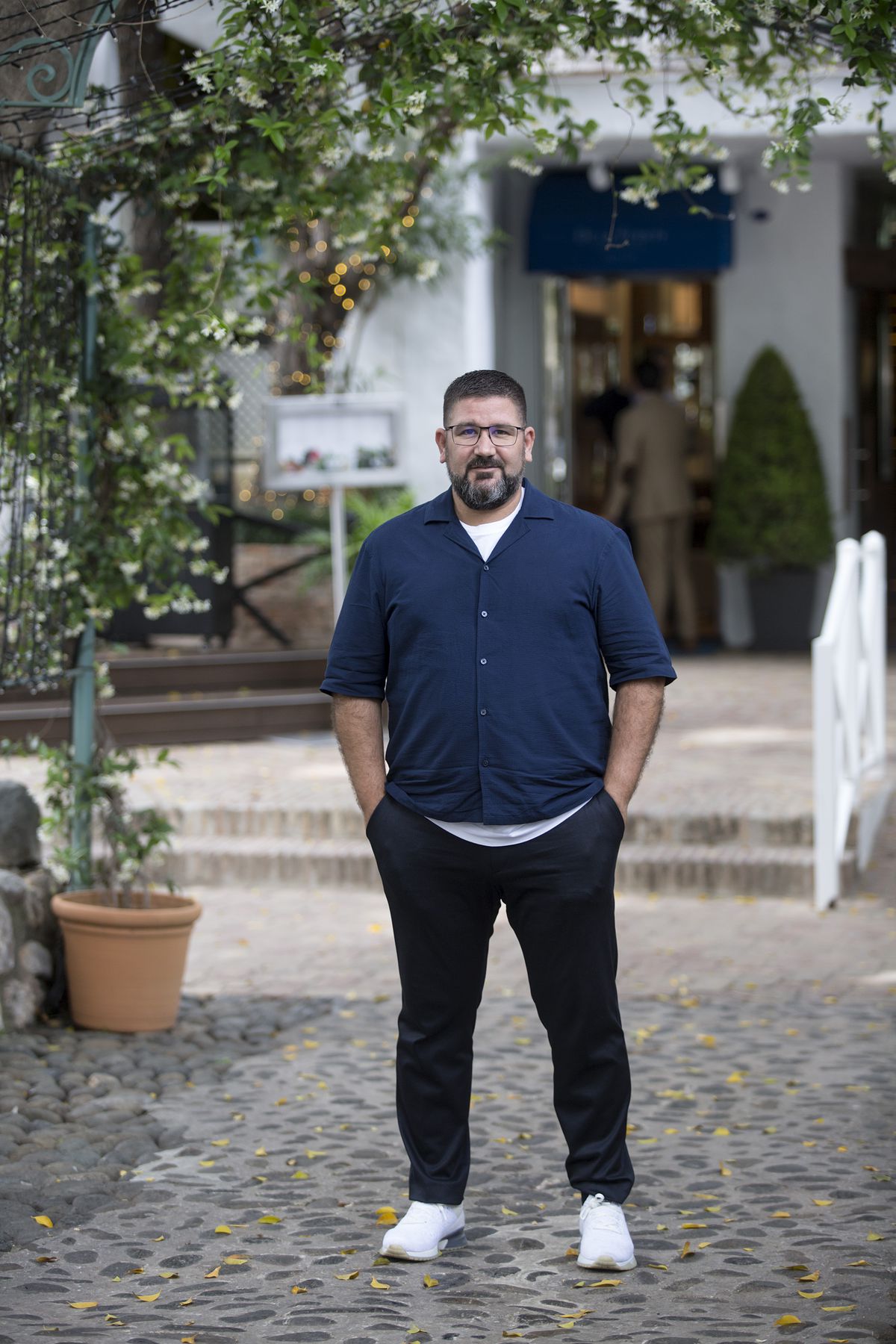 A decade ago, Dani García thought about leaving the kitchen. His restaurant in New York went bad, his La Moraga brand ended up in court and the relationship with the Meliá Don Pepe hotel, located in Marbella, went awry. “I felt terrible. I didn’t care if I went from a cashier to a grocery store, ”he recalls. That was the second thing he thought of when at the end of 2018 he received the third Michelin star in the restaurant that bore his name. The first thing that crossed his mind was to close it, as he did months later. In the fall of 2019, the Marbellian descended from the throne of haute cuisine to dedicate himself to something much larger: gastronomy. He did it together with businessman Javier Gutiérrez, with whom he now leads, hand in hand, the Dani García Group.

“I’ve been dreaming about this all my life, but the people around me had always failed me. I had not found anyone who understood me before, ”says the chef, whose company had a turnover of 25 million euros in 2020 and obtained an operating profit (ebitda) of 800,000 euros.

The paths of García and Gutiérrez crossed in 2014, in full emotional pothole of the cook. His current partner took the first step by proposing a collaboration in his Volapié chain. That did not come out, but García told him that he wanted to have him for what he was up to. Just 24 hours later they sealed an agreement that took its first steps in April of that year with the double opening of Bibo and Dani García in Puente Romano, on the golden mile of Marbella. The following year, Gutiérrez sold Volapié to the Nazca venture capital fund and the Dani García Group took off. Now, in full effervescence, openings are accumulating in Ibiza, Madrid, London, Miami, New York, Saudi Arabia and Paris, while deploying an extensive network of kitchens for home delivery under the brand La Gran Familia Mediterránea with Kfund as an investor. By 2021, they plan to reach 40 million in revenue – with four million in profits – and in 2022 they will overcome the billing barrier of 100 million – and 10 million in profits. “We can be one of the great Food and Beverage Manager (F&B) platforms in the world. We have the brand, the knowledge, the team and the financing. If we do not succeed, we will feel that we have failed, “says Javier Gutiérrez, CEO of the group, with ambition.

The tandem works. Dani García is the creative one, his job is to think. “I am dedicated to the creation of the brand, what it should be, its letter, the techniques to use. My most important work ends when the restaurants open ”, says the cook. Javier Gutiérrez is responsible for the numbers, the management, the logistics, the hiring. They both speak the same language. “When investors see Dani do her magic in the kitchen they are surprised, but then they hear him talk about ebitda, scalability or salary costs and they are amazed,” says the businessman, who was formed between Germany and the United States and worked in the real estate sector . He says he’s obsessed with watching his team grow – whether it’s the opening team, the financial team, or the sales team. big data-. He likes that his members take more responsibility and do not want to leave the group. “I hate signing out,” he says. “Except when necessary,” he adds.

What they need in the medium term is hundreds of chefs, although among their most famous signings is Sandra Manresa, who came from Google to develop the artificial intelligence strategy of La Gran Familia Mediterránea, a project of delivery (food delivery) developed during confinement and planned years ago. It already has 10 kitchens between Madrid, Barcelona, ​​Seville, Malaga and Marbella, with a service that includes pasta, sandwiches, sushi, salads or cocktails. The goal is to reach 20 kitchens by the end of the year and 60 by 2022, with a presence in all Spanish cities with more than 100,000 inhabitants. They have also reached an agreement with Sam Nazarian’s C3 business group to open another 150 kitchens in the next five years in the United States while also looking at the United Kingdom, France, Saudi Arabia and Latin America. The physical restaurants will act as a spearhead and then introduce all the artillery.

They ensure that every week they receive calls to open restaurants around the world. They are very selective, but in 2021 the openings accumulate. Bibo Ibiza arrived in May, in June Leña arrived at the Hesperia Hotel in Madrid (where the Santceloni restaurant was located) and in July Bibo also arrived at the new Mondrian Shoreditch hotel in London, owned by the Reuben brothers, one of the greatest British fortunes. In August it will be the turn of El Pollo Verde and Casa Dani in New York with the support of C3, and at the end of summer a Sea Lion of 800 square meters in the Kempinski of Doha (Qatar). Then come two openings in Miami from Accor at the SLS Brickell hotel and three in Saudi Arabia, where in 2022 another four will open. Next spring they land at the Maison Delano hotel in Paris. The list is endless.

“We have a good set up,” summarizes Gutiérrez, who believes that they will probably exceed 2,000 employees over the course of next year, tripling the current 700. “I look back and I never thought I would get here in seven years. Now we want to play in the big leagues ”, adds the businessman, who believes that in five years they will be able to reach 300 million in turnover. “It’s very fucking, difficult and creative to put all this together. It generates more pressure than the three stars, but to be honest, we are doing well ”, says Dani García. Today he does not think of throwing in the towel, only of leading a gastronomic revolution still in its infancy. “Soon we will announce things that nobody has done in the world,” warns the chef.

Earthquake today 10 July 2021: all the latest tremors | Last hour Italy
From taxi to millionaires without leaving home: “People believed that we sold on Amazon to earn extra”
Comment