Dani Ceballos: “I want to succeed at Real Madrid” 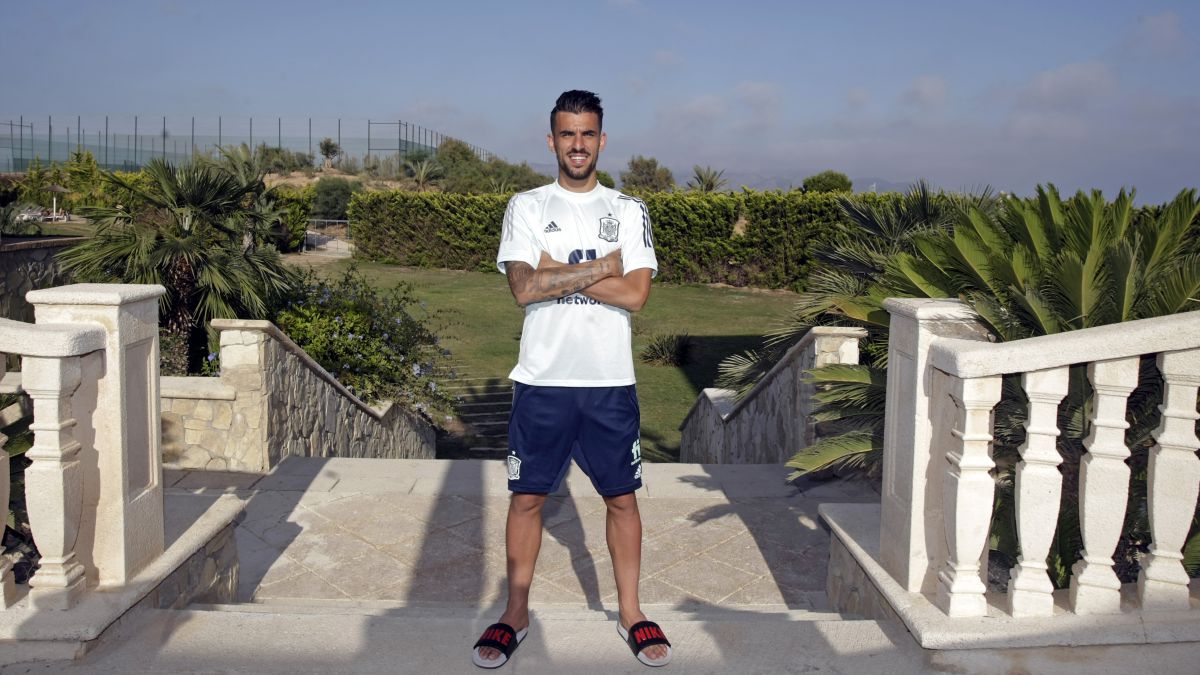 Dani ceballos (Utrera, 1996) turns 25 on August 7. It can be him most special birthday of his life, because that day the end of the olympic games, where Spain hopes to be with the Andalusian as one of the leaders. Midfielder return to Real Madrid after two years on loan at Arsenal and receives AS from the concentration of the Olympic Selection in Benidorm.

First of all, how are you feeling after the holidays?

After a long summer, with more than 30 days of vacation, I think I am in very good shape. With joy to be here with these teammates and with this coaching staff, who are magnificent. I am looking forward to the Games.

He talks about vacation, but rest has had little …

I have had no rest. I finished on May 25 with Arsenal, I spent six days resting and then I did not stop. I arrive at a great moment, with good feelings. It is important because it is an atypical tournament, it arrives in preseason, without competition rhythm. That is why prior preparation is essential.

It was in 2017, after being MVP of the U21 Euro Cup, when Real Madrid decided to sign him. How has Dani Ceballos changed since then?

I am a different player, in 2017 I was 21 years old. Now I have spent two seasons at Madrid, another two at Arsenal, I have played with the Absolute, I was one of the captains in the U21 Euro Cup that we won in 2019, I am going to play the Olympic Games … A lot has happened Since then, I am much more prepared, I am more mature in every way and I have a lot of ambition to show it. I want to succeed in Madrid.

It has become routine for you to arrive at these tournaments with your future up in the air. Is it an extra motivation or a distraction?

Not to distract me, it has been proven. I have played one U19 and two U21 tournaments with my future up in the air all three times. Now I am calmer because I am a Real Madrid player, I have two years of contract ahead of me. I have to talk to the new coach and from there decide my future.

Ancelotti wanted him in his day for Naples, do you think he would adapt well to what he asks for?

With the arrival of Ancelotti the range in the midfield is wide, because he plays 4-3-3 and sometimes with one of the extremes getting inside. It will depend on my performance, my state of form and the talk we have pending to know what he wants from me. From there I want to start with the same options as the rest, because what I have very clear is that if I want to play I have to win it on the field to make it difficult for the coach.

Haven’t you spoken to Ancelotti yet since it was announced that he was Real Madrid’s new manager?

No. I have only spoken with José Ángel Sánchez to find out what day he had to go to preseason. But I had to come here and I haven’t had any more contact with anyone from the club.

Now is the time to focus on this beautiful challenge.

Do you put out all the rumors until the Olympics are over?

Yes, I am very calm and I have been very clear: I have a two-year contract with Real Madrid. My intention is to continue. After the Games we will see if the club has contacted me and from there, I will decide.

If it depends on Dani Ceballos… Would you play for Real Madrid next season?

It is clear, I would like to play for Real Madrid. But you have to know what the coach wants and you have to be objective. But my intention is to play next year at Real Madrid.

Have you ever regretted signing for Real Madrid in 2017? All the big teams in Europe loved him …

I have never regretted signing for Real Madrid, it is what any player would want because you know they look at the best footballers in the world. I have always wanted to do important things at this club and I am going to fight for it.

The last two years he has played on loan at Arsenal, where he won the FA Cup in 2020. How has he improved during these two seasons that he has been in the Premier?

On a personal and football level, I would say that I am a much more complete player, with more character. I have had the opportunity to experience a different league and that has given me many more records when it comes to watching football.

What is the best and the worst of these two years that you have spent in England?

I’m starting with the worst… The remoteness and how difficult it is to enjoy your family on a day-to-day basis, something that is very important to me. The best is the football that is breathed in England. The stadiums are full, the fans respect you … Matches are played every few days and the stands are always full, when you could go to the fields, of course. That is essential for someone who likes soccer.

Do you ever consider playing in the Premier again?

Yes, I do not rule it out. It’s a league that I like, people who really like football would be motivated to play it. If you don’t get to play there you can get stuck.

At Arsenal he coincided with Odegaard. How is your relationship and how have you understood each other during the months you have been together in London? Would you like to play with him again?

Of course, I would like to play with him again, we understand each other very well. He likes to have the ball, he has a lot of quality and sacrifice. We have made a good relationship during these months in which we have coincided in London. We have kept in touch in the summer, we have made several video calls. I look forward to seeing him again and above all sharing the pitch with a great footballer like Martin.

In the National Team, he has reunited with Marco Asensio, another Madrid player and one of his best friends in football. How was the reunion?

I met him in the U-19, also with De la Fuente as coach. We have been meeting again in different situations during these six years: at the club, at the Absolute … This is different, because we are the exceptions, two of the three over 24, and it has happened that he is also in the group. I am not surprised that he is there, Luis knows him perfectly and it is a plus that he is going to give us to fight for the medals.

With whom he has not been able to meet again is Borja Mayoral, another from Madrid, because Rome has not let him go. Do you understand?

It is a bit selfish on the part of the clubs, there are several colleagues who have been in that situation. It is an incredible illusion to play some Games and it does not interfere with the start of the competitions, you arrive seven days in advance. I understand the coach’s position of wanting to have him in the preseason to join the team, but he has to listen to the player. A resounding ‘no’ as we have been able to know that it has been the case of Borja Mayoral, who wanted to come and could not, I think it is a bit unfair for him.

Let’s get into the Olympics, which is what you are now focused on. What does it mean to go to Tokyo?

They are major words. All players dream of a World Cup, a European Championship … But to play the Games, many things must happen: qualify for the Under-21, that injuries respect you, that the coaching staff continue to count on you … In view, you can review all your teammates that have been left out. I have been a privileged person because I am one of the exceptions of those over 24 years of age.

You love tennis, basketball … Does that make it even more special?

They are different. It is the atmosphere that is breathed in every corner… We all represent a country, we fight to bring joy to the Spanish people and that is unique. We are a group of athletes, of all modalities, fighting for the same thing.

Do you feel extra responsibility for being one of the three exceptions?

Nor would I say that it is an extra responsibility, I feel the same as the rest of my teammates in that sense. But I am very grateful. The coach could have chosen … Imagine … What he would have needed. I have earned their trust in the Under-19s and Under-21s, it is something mutual.

Here everyone starts from scratch, no one has Olympic caps. Do you know if you are going to be one of the captains?

At the moment that role is played by four players with a lot of experience in the National Team, many years, such as Mikel Merino, Vallejo, Asensio and myself. Right now we work that way, the four of us are usually in meetings. Later in the games, whatever the coach decides.

The six players who were in the Eurocup are yet to join. Until the last day you had hopes of being on Luis Enrique’s list. If so, would you have given up your vacation to be able to play this championship?

Clearly yes. We are 24-year-old players, the oldest and those in the Absolute are even younger. They have a load of matches this year but they have only been in the elite for three or four years, they are excited to come. When there is the illusion, the rest is superfluous. The footballers are happy, we saw the photo of the six posing the next day at the Eurocup. This is great news for us.

Do we carry the best selection in the championship?

On paper we bring very high-level players. We are one of the favorites, but tournaments are won on the field, not on paper. We are going to face huge teams. We have seen in the European Championship that the world champion and runner-up who have not even reached the quarterfinals. Soccer has come a long way in recent years and right now everything is very even.

Is it worth anything other than returning with the gold around your neck?

It is the goal, when you start you dream of the medal. I’ve watched the London and Rio Olympics on television, when the athletes get the metal they go crazy. The objective is to get a medal and if it is gold, much better. Step by Step. First we have a difficult group stage against Egypt, Australia and Argentina.