Damsgaard enchants, Sampdoria starts the auction: this is the real starting figure for Milan, Inter and Juve 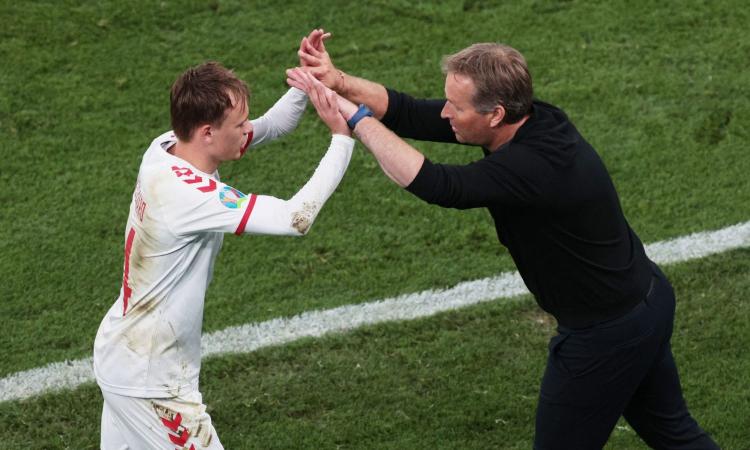 At Wembley, in the temple of English football, Mikkel Damsgaard’s talent has definitely blossomed. In all its blinding beauty. Europe has noticed this boy who was born in a small town in Denmark, Jyllinge, 21 years ago. The goal from a free-kick with which he had brought his own against the national team of the three Lions was extraordinary, a trajectory that mocked the naive Jordan Pickford.

Listen “Damsgaard enchants, Sampdoria starts the auction: this is the real starting figure for Milan, Inter and Juve” on Spreaker.

FERRERO ESULTA- The first to rejoice at Mikkel’s prowess was Sampdoria president Massimo Ferrero. After a European played at such high levels that it is almost surprising, the value of the card is rising more and more. Arrived in Sampdoria only 12 months ago from Nordsjælland for 7 million euros, now it takes at least 40 to start a concrete discussion. A clear message for Milan, Inter and Juventus who have long been on the trail of what was a winning intuition of the former Pecini. The feeling is that Damsgaard’s future will be in the Premier League where several clubs have already activated with the player’s agent.