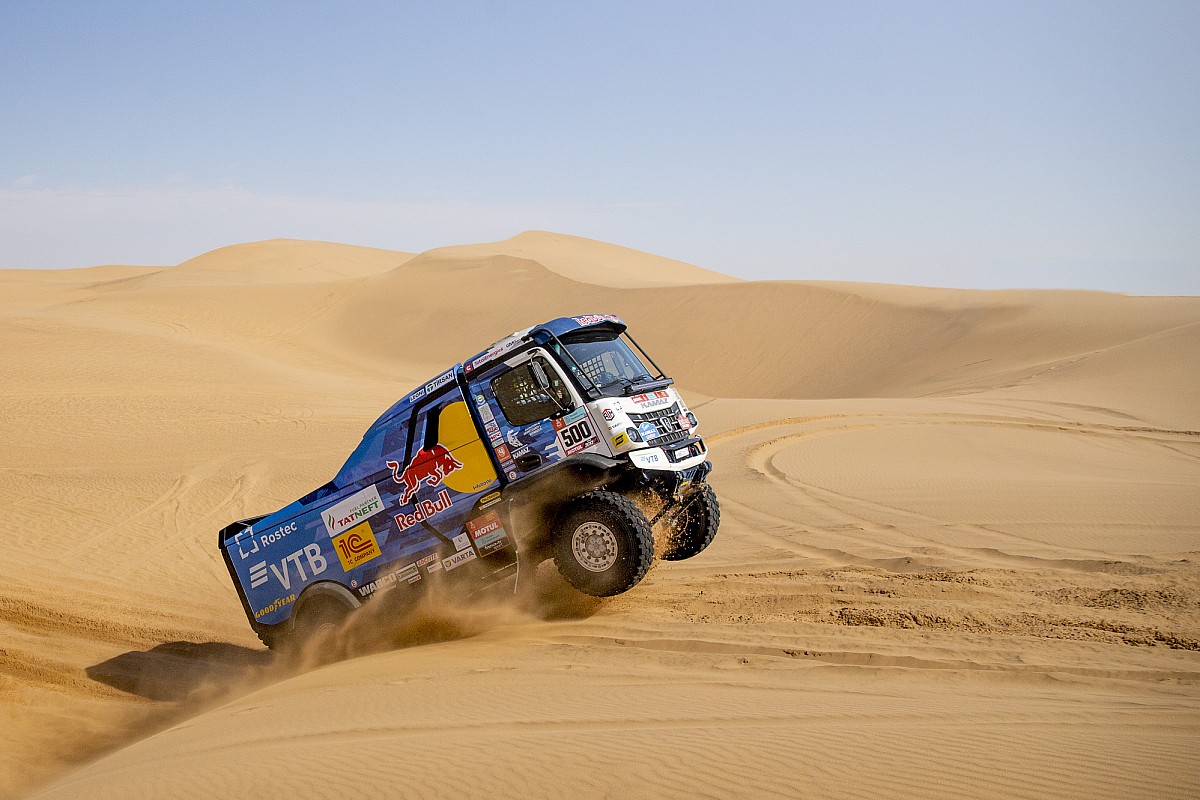 Four Kamaz trucks that lead the dance in the eighth stage of the Dakar that leads to Wadi in Dawasir: the Russian army remains monolithic collecting yet another poker in the special stage, while the opponents inexorably move away.

Vladimir Chagin’s script was respected: the leader of the truck classification, Dmitry Sotnikov, signed the third stage victory, after having had to give up yesterday due to navigation problems: with the easy K5 he set the pace on a track that alternating stones with sand and dunes.

The ranking is now well defined: one wonders how many days it will take Andrey Karginov to take fourth place in the overall ranking in view of the arrival on parade in Jeddah. Today he conceded three minutes to Sotnikov, but he overtook Janus Van Kasteren and approached Ales Loprais, an excellent fourth with Prague who, however, paid more than twenty minutes today.

The scenario that lies ahead in the trucks is very clear: in front of four Kamaz who dictate the rules of the game, with Loprais more than ever in the role of the “first of the others” and then the sequence of five Iveco. The Czech’s Praga will be the septum among those who should have been the two challengers of this Dakar, but the Italian team has never really entered the game due to a series of adversities.

Yesterday Van Kasteren had spread his Powerstar sideways on a bump: once it was verified that the crew was unharmed, the organization of the Petronas De Rooy team to put the Iveco on four wheels.

Team mate Vick Versteijnen, who started two minutes later Janus helped straighten the top truck, while Mitchel van den Brink, with quick assistance, arrived later with his crew to repair the Iveco. And today things did not go much better as the Dutchman closed the eighth stage with another half hour lost, so much so that the best Iveco is that of Martin Macik, seventh with the Powerstar of the Big Shock Racing team which returns to the top 10.

Behind the Kamaz, Eduard Nikolaev returned to a gap of more than ten minutes from the top with the third place in the special, Ignacio Casale appeared a little by surprise with the Tatra Buggyra, but the Chilean also left about twenty minutes on the road to the Russian army, taking away the pleasure of preceding the cautious Loprais, more than ever committed to defending fourth place from Karginov.

The adventure of Maurik van den Heuvel, who claimed a place in the top 10 with Scania, seems to have ended: his Lonestar yesterday was the protagonist of a frightening accident in a section of the track traveled at high speed.

The Scania arrived on a series of bumps at a reckless speed and the vehicle, like a runaway horse, lifted itself off the ground, before starting a couple of dangerous rollovers and only after a long carom did it stop very damaged on the wheels. Today the Lonestar did not leave the bivouac having to give up stage 8.

🚨 PSG, Real Madrid: Mbappé’s scathing update on his extension and his desire to leave!