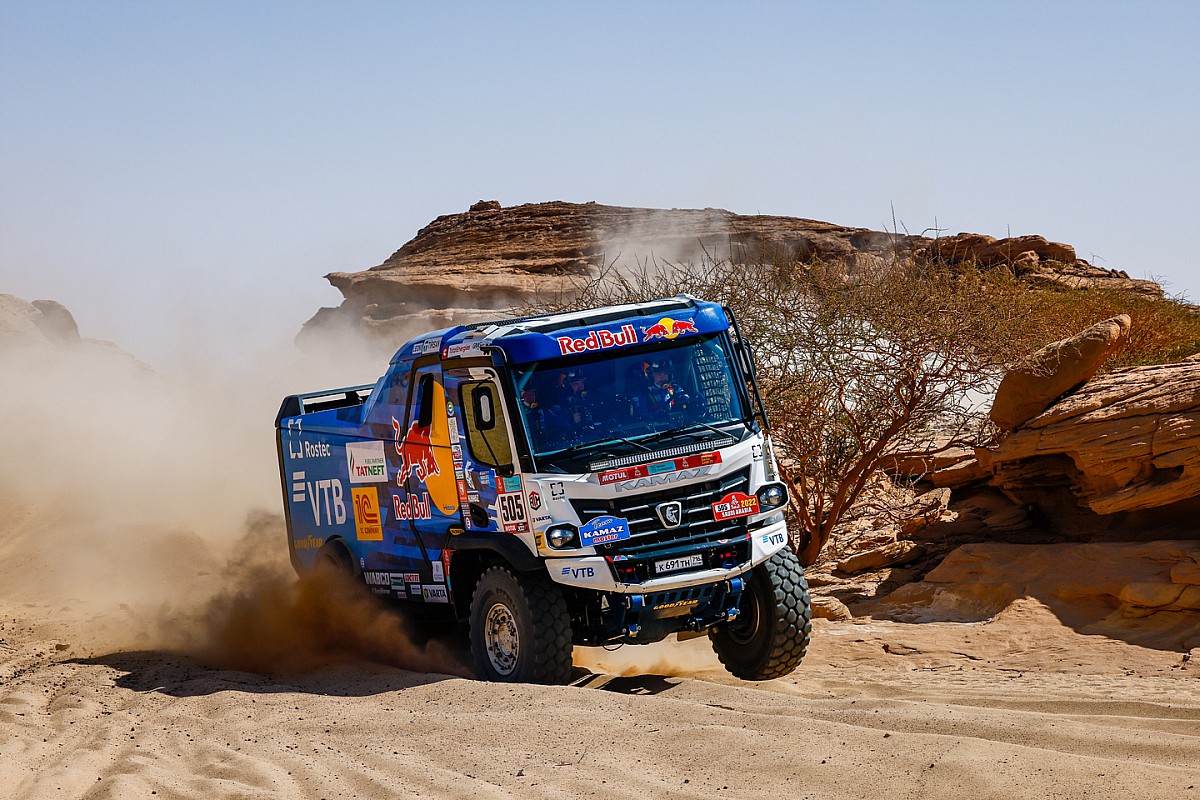 Eduard Nikolaev did what he had to: go on the attack in the penultimate special of the 44th Dakar and win the stage, hoping to put the difficulty on teammate, Dmitry Sotnikov who leads the truck ranking from the second day of the race.

The “tsar” collected the fourth victory (also counting the prologue) with the K5, equalizing the score with Sotnikov, but the only result he achieved is that the gap from the leader fell from the usual ten minutes to just 8’18 ”Which are very few if spread over the mileage of the raid, but which are a lot considering tomorrow’s special with just 164 kilometers in the last timed section.

As if to say that Dmitry Sotnikov is destined to conquer success at the arrival of Jeddah, replicating that of the last edition, if there will not be even small surprises. After all, the Kamaz Master team did not reveal any weaknesses in its organization, managing to bring all four trucks to the top positions of the overall standings.

At this point Vladimir Chagin will try to freeze the positions for what must be a triumphal entry into Jeddah and only some inconvenience could subvert an arrival order that is already written. Sotnikov will have the great advantage of starting last tomorrow so he will be informed in real time on Nikolaev’s progress.

In today’s stage, which took place around Bisha, Kamaz put into practice another hat-trick because Anton Shibalov already at the way point of km 43 accumulated a delay of about a quarter of an hour which then was no longer successful to recover, taking into account the frenzied pace of his teammates.

Shibalov finished fourth preceded by a determined Martin Macik with the Iveco Powerstar of the Big Shock Racing team: the Czech arrived eight minutes behind Nikolaev, but lost the satisfaction of deserving a podium position in the day’s standings. Macik with an incisive raid finish climbed to seventh place overall, after having finished well out of the top 10.

Janus Van Kasteren must be content with being the “first of the others” with merit. The Dutchman is fifth overall with the Iveco Powerstar of the Petronas De Rooy team but has accumulated a gap of over an hour from Karginov which is the Kamaz that closes Russian poker. A margin too large to dictate a leading role (today Janus finished sixth 24 minutes from the “Tsar”): “We have a power problem – explains Van Kasteren – there is an evident delay in response of the turbo compared to the engine Kamaz and this is an area we now know we have to work on ”.

A very lucid analysis by the Dutchman who shows why a real Iveco army in the top 10 is behind four Kamazs. Six vehicles are Italian: four Powerstars, a Trakker and a Magirus, a sign that behind the Russians there is a single brand, given that the rest of the competition has dissolved by itself, unable to keep up with the unsustainable pace of Nikolaev and his companions.

Among the positive notes is the escalation of the son of Martin Van den Brink, a very young man who, despite driving only an assistance vehicle, made it to the top ten with his Iveco Trakker: Mitchel has a good natural talent and with a more competitive vehicle it could become the architect of a new generation of Iveco drivers …

Dozens of closures again: do we still have a shoe store left?