Dakar | Motorbike, Stage 8: Sunderland’s recovery is back as leader 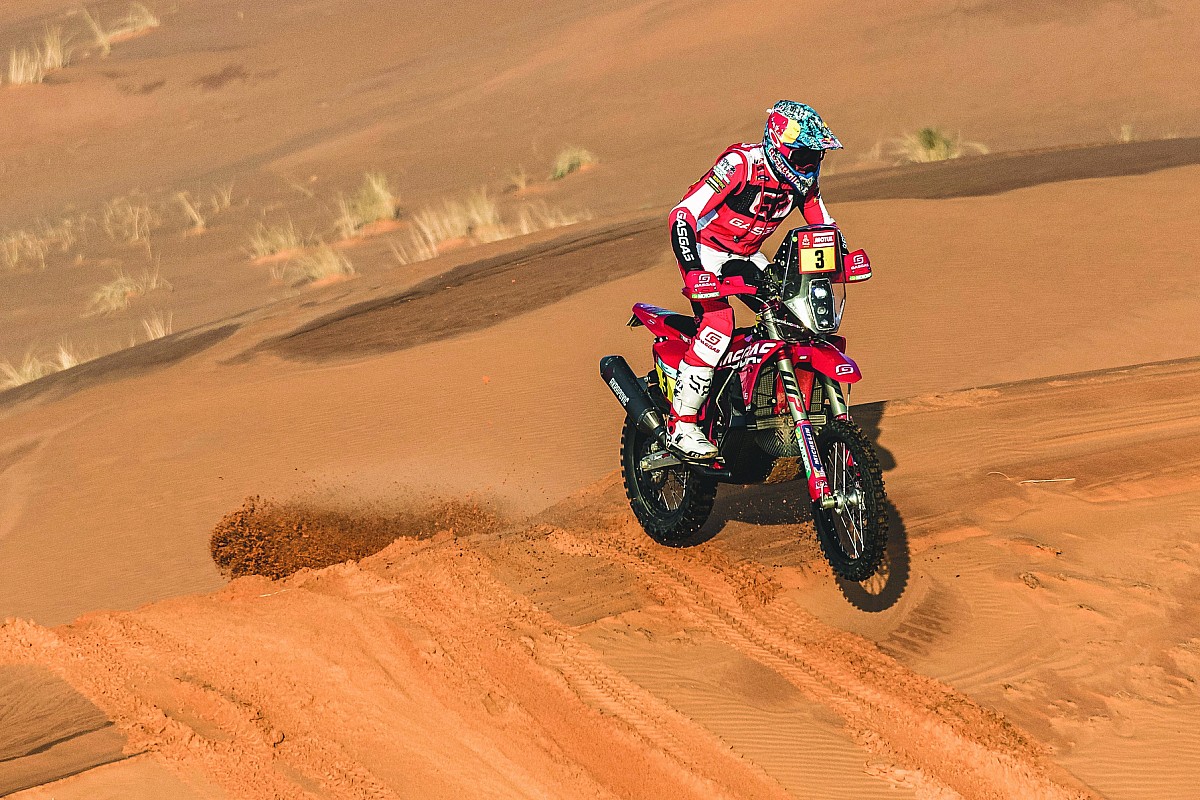 A bad day wasn’t enough to make Sam Sunderland lose heart. Yesterday the GasGas rider paid for more than 25 minutes, seeing himself take away the leadership in the general of the Dakar 2022 reserved for the bikes he had owned for five days.

Starting for 27th in the eighth stage, the Briton made up for it with interests, because in one fell swoop he took his first victory in this edition and also the overall leadership. Sunderland was in the lead practically from the beginning to the end of the 395 km timed scheduled today, and at the finish line in Wadi Ad Dawasir he preceded Pablo Quintanilla by 2’53 “and Matthias Walkner by 4’11”, who like him redeemed the day difficult yesterday.

As mentioned, with this performance, the GasGas rider returned to the top, with a margin of 3’45 “right on Walkner. After taking the lead in the seventh stage, Adrien van Beveren is therefore back in third place: the rider Yamaha managed the special quite well, finishing ninth at 10’21 “. In general, therefore, he now has a gap of 4’43 “from Sunderland.

But be careful not to make the mistake of underestimating Quintanilla, because day by day the Honda rider is improving his ranking. For the third time in this edition he finished second in the stage and is now fourth at 5’30 “in the general.

Joan Barreda, now fifth, also earned a couple of positions. Despite a painful left shoulder and a not very favorable starting position (he sprinted for third), the Honda Spaniard managed to close with the tenth time of the day at 11’43 “. His gap in the general therefore increased to 14 ‘ 38 “, but” Bang Bang “earned the top 5.

Slightly slower the winner of the last edition, the Argentinian Kevin Benavides, today author of the 13th time. The KTM rider was therefore sixth behind overall, just 9 “behind Barreda. The eighth stage, on the other hand, marked the first really complicated day for Lorenzo Santolino: the Sherco Spaniard paid about twenty minutes and then fell in seventh place at 21’09 “.

Finally Toby Price also appears in the top 10 of the overall, ninth at 32’30 “after setting the sixth time of the day. Better than him did the two Americans Ricky Brabec and Mason Klein. The winner of the 2020 edition has now found a good pace, but it seems late, given that in the general he is 13th at 39’58 “. The 20-year-old rookie, on the other hand, continues to be one of the surprises of this edition, with a fifth time that earned him the top 10 overall. After yesterday’s stage victory, José Cornejo instead lost ground, today 15th at 17’22 “.

It is necessary to go down to the 25th time of the day to find Danilo Petrucci, who also today collected 23’54 “with his KTM. For the former MotoGP rider, therefore, this second week of competition for the moment is proving to be more complicated than the first one was, but he expects to understand what happened to Paolo Lucci, because the Solarys Racing driver has not yet passed at km 321, while at the previous significant distance he was less than 25 minutes behind.

Moving on to the Quads, Alexandre Giroud seems to be really intent on not letting go now that he has taken the lead. The Frenchman in fact signed his second stage victory in this edition, even if he had to sweat it practically until the finish line.

Marcelo Medeiros, already winner of the stage yesterday, in fact surrendered for just 48 seconds. And this can only increase the Brazilian driver’s regret, who in general travels with a delay of over 22 hours (14 of which are penalties) due to the misadventures of the first week of the race.

The day therefore definitely smiled at Giroud, who gained another 12’26 “over Pablo Copetti, third, on whom he now has a margin of 30’47” in the overall. But not only that, because the Russian Aleksandr Maksimov, who occupied the third place in the general, was not even able to enter the special due to a technical problem accused during the transfer section.

It did not go much better for Sebastien Souday, who was fighting for the stage victory at km 119, but then he accused his quad overheating, getting stuck in the dunes. For this he was brought back to the bivouac by the organization. In light of these new twists, Karol Wisniewski went up to third place overall, but the Polish driver is over two hours behind Giroud.

Black Friday: Books with up to 60% off, cashback and coupons; check out