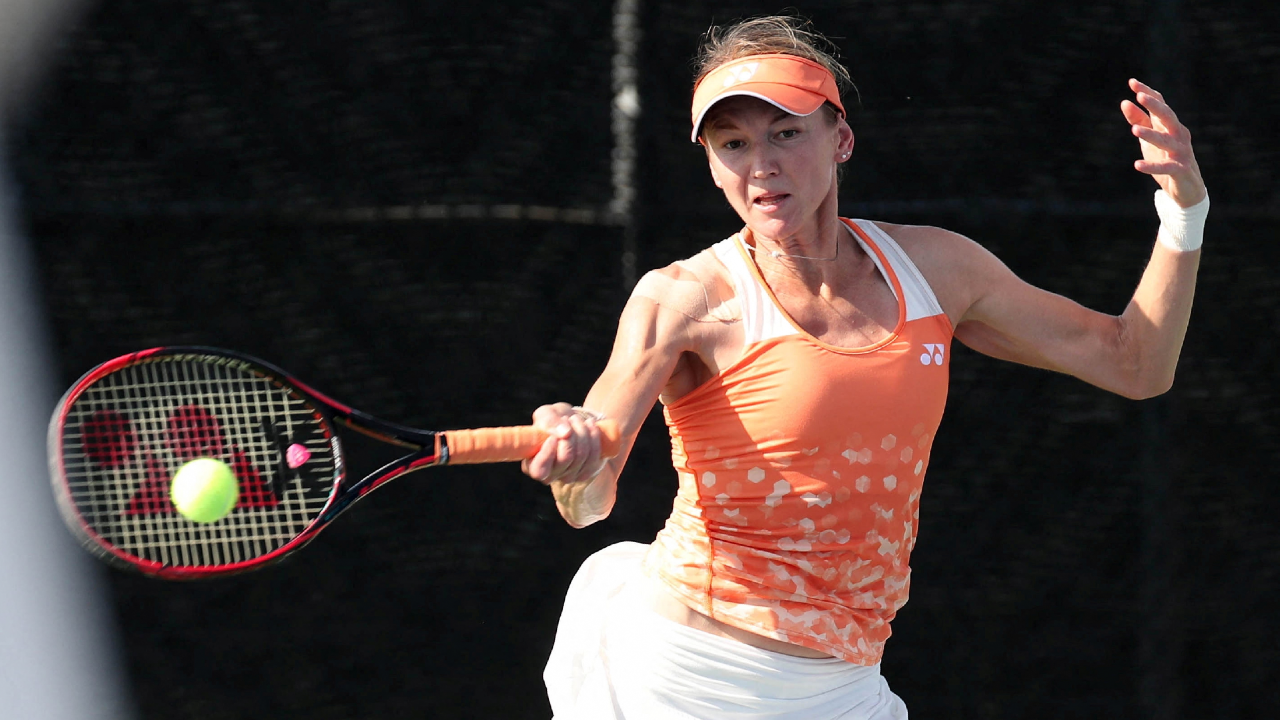 After world number one Novak Djokovic, it is Czech tennis player Renata Voráčová who saw her visa canceled by the Australian authorities because of her vaccination status. The tennis player was arrested this Thursday in the same hotel as the Serbian and will not participate in the Australian Open, she is trying to leave the country as early as possible.

Novak Djokovic is not alone in having problems with the Australian border authorities. This Thursday, Czech tennis player Renata Voráčová, world number 81, was arrested and transferred to the same hotel in Melbourne where the Serbian is staying. The tennis player’s visa was canceled by the Australian authorities, although she had already been in the country since the end of 2021 and had played her first preparation match for the Grand Slam tournament.

The medical exemption for the Covid-19 vaccine, which benefits the tennis player, does not meet the national conditions of entry to Australia. The Czech embassy confirmed on Friday that the 38-year-old tennis player chose not to participate in the tournament due to limited training conditions and that she will leave Australia as early as possible.

For his part, Novak Djokovic is still detained in Melbourne after national authorities denied him entry to the country when he arrived on Wednesday. He is awaiting a court hearing next Monday where he hopes to overturn his deportation.

The tennis number one has been skeptical of the Covid-19 vaccine and has refused to say whether or not he was vaccinated. He also benefited from a vaccination exemption, but under unknown criteria. The Serbian arrived in Australia with the goal of conquering the record of 21 Grand Slam tournament titles won.

At the end of 2021, the Victorian State Government decided to allow, under specific conditions, a vaccine exemption that would authorize tennis players to participate in the famous tournament without being vaccinated. Waiver requests are granted by independent medical experts.

However, one of the exemption clauses causes problems. The federal government wrote to Tennis Australia last November to indicate that a Covid-19 infection test of less than 6 months could not be grounds for exemption. But this information was allegedly not communicated to all players.

Of the 26 people involved in the tournament who requested an exemption, only a few received it. In addition to Novak Djokovic and Renata Voráčová, another person, a staff member, faced problems with the Australian authorities and decided to leave the country.

Most foreigners cannot travel to Australia and Australian nationals and residents have to show a full vaccination schedule to enter the territory.

Avowed and Hellblade 2 will be at The Game Awards: word to a reliable insider