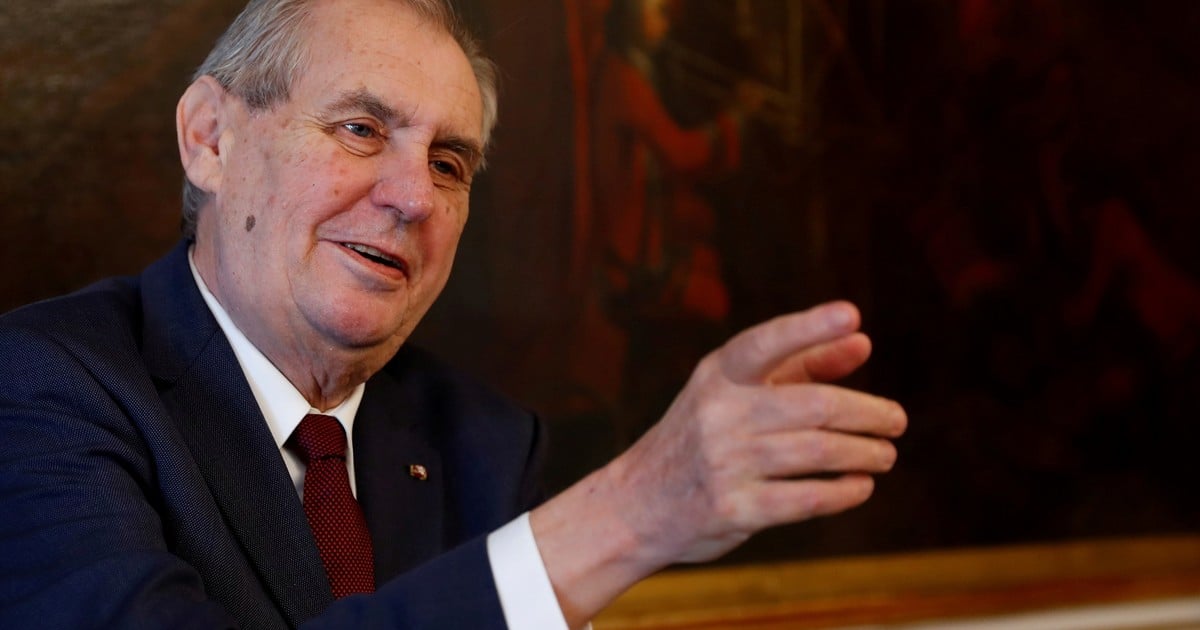 The President of the Czech Republic, Milos Zeman, called transgender people “gross” while making some statements about the recent homophobic law approved by the parliament of Hungary, a country neighboring his.

Hungarian law prohibits the dissemination of all educational materials and programs for children deemed to promote homosexuality, gender reassignment and the concept of sexuality that deviates from that assigned to a person at birth.

The legislation has been received with harsh criticism by the majority of the members of the European Union, a bloc that makes up Hungary.

Zeman stated, during an interview with CNN Prima News, a chain affiliated with the US CNN, that interference in the internal affairs of any member country of the European Union it is a serious political error and defended the Hungarian Prime Minister, Viktor Orbán.

“I do not see no reason to disagree with him, “Zeman stressed.

And at that moment he launched his disgusting phrase: “I can understand gays, lesbians, etc. But do you know who I don’t understand at all? To transgender people“.

Zeman said that transsexuals seem to him “inherently disgusting”.

Zeman’s comments, made on Sunday and published on Monday, came as cities around the world celebrated the Gay Pride’s day with parades and marches aimed at gaining visibility for the LGBTI community.

The festival of this group in Prague is scheduled to take place during the first week of August.

According to ILGA-Europe, a rights advocacy group, local activists fear that the Czech Republic may follow the path of its neighbors increasingly illiberal: Hungary and Poland.

The passage of an equal marriage law has repeatedly stalled in the country and, according to a December 2020 report by the European Commission Against Racism and Intolerance, Czech citizens must undergo a gender reassignment and sterilization as a condition for official transition.

The Prime Minister of Hungary, the ultra-nationalist Viktor Orbán, again came out in defense of the controversial law of his Government that links homosexuality with pedophilia, arguing national competencies when determining the education of minors.

The controversial legislation that prohibits talking about homosexuality and the change of sex in schools and the media, was adopted on June 15 by the Magyar Parliament with the votes of the absolute majority of the conservative Fidesz party, from Orbán.

In fact, the regulations links homosexuality with pedophilia, which has unleashed a great wave of indignation and criticism inside and outside the country for being considered homophobic, discriminatory and also, according to many, violates the fundamental values ​​of the European Union (EU).

It thus became a central theme of the summit of community leaders last Thursday and Friday, where seventeen community partners greeted Orbán with harsh written criticism, after the president of the European Commission, Ursula von der Leyen, said that the law is “a shame”.

“How a child is sexually educated it is not a human right of the child. There is no such human right “, indicates, on the other hand, the new controversial text by Orbán.