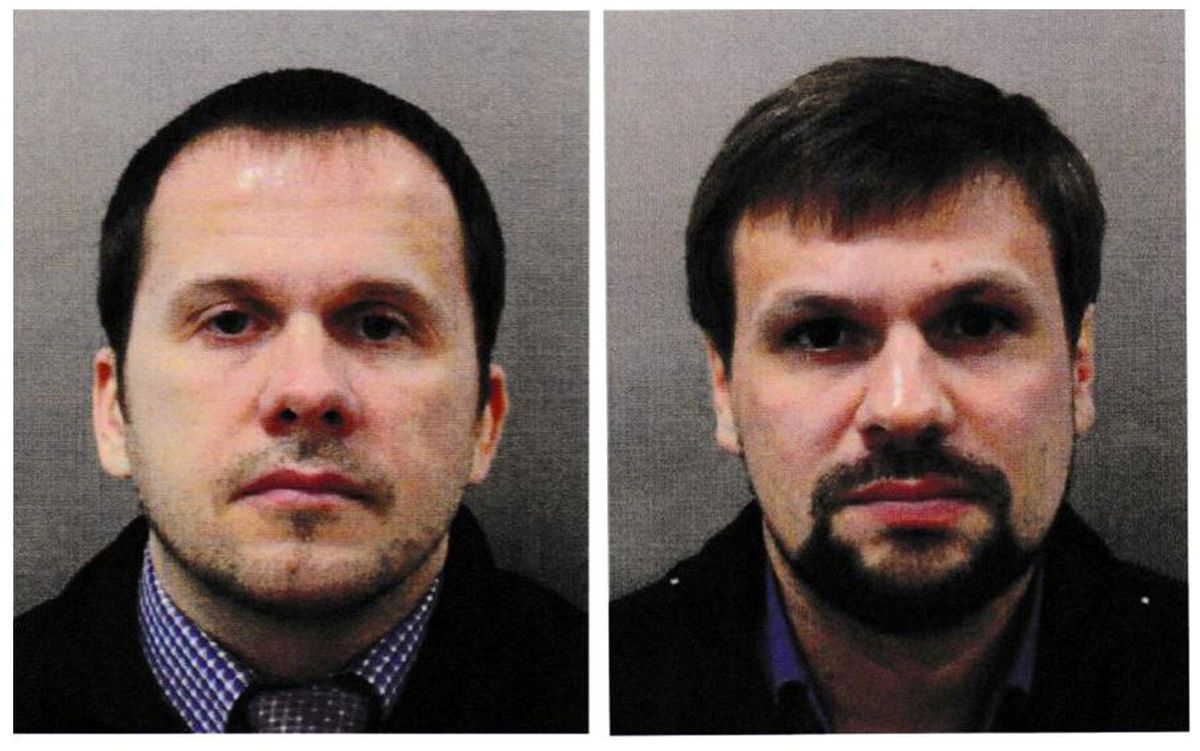 The Czech Republic has notified the Russian embassy in Prague this Saturday of the expulsion of 18 Russian diplomats, accusing them of being in fact undercover spies, and links the Russian military secret services (GRU) to be behind a huge explosion in a munitions depot. in 2014 in which two people died, in Vrbetice. The Czech police have also searched and captured two Russian citizens identified as members of the GRU and carrying several passports, including one bearing the names of Alexander Petrov and Ruslan Boshirov. Their aliases and photographs are already known: both are accused by the United Kingdom of participating in the poisoning of former Russian spy Serguei Skripal and his daughter Yulia in 2018 with Novichok, a neurotoxin from Soviet times that was also used last summer against the opposition Alexei Navalni in Siberia, as identified by several Western military laboratories.

The attack on Skripal, which Moscow emphatically denied, has already sparked the largest wave of diplomatic expulsions between Moscow and the West since the Cold War. Czech Prime Minister Andrej Babis said in a television media conference that he had “unequivocal evidence” that the Russian military intelligence services – and more specifically unit 29155, to which Petrov and Borishov allegedly belong – they participated in the explosion of a warehouse in the city of Vrbetice in October 2014, a center where there were more than 50 tons of ammunition stored and in which “two innocent parents” died as a result of the detonation.

“The Czech Republic is a sovereign state and it must react appropriately to these unprecedented findings,” Babis said, explaining that despite the explosion taking place more than six years ago, he received the information on Friday. Moscow, which is currently facing the expulsion of diplomats from the United States and Poland, to which it has announced that it will respond symmetrically, has described what happened as absurd. The Czech Republic, the Russian Foreign Ministry spokeswoman warned, “is well aware of what will follow such tricks”; anticipating possible retaliation.

Prague has requested the extradition of the Petrovs and Boshirovs. And it gives the diplomats also identified as spies 48 hours to leave the country, according to the Interior Minister and Acting Foreign Relations Minister, Jan Hamacek, in a press conference. Russia and the Czech Republic (a member of the EU and NATO) have good relations that can be “significantly damaged” now with the latest revelations from the Czech authorities, the Czech Foreign Minister has acknowledged.

They find a snake inside a house in Totana

India .. Steps to curb the pandemic