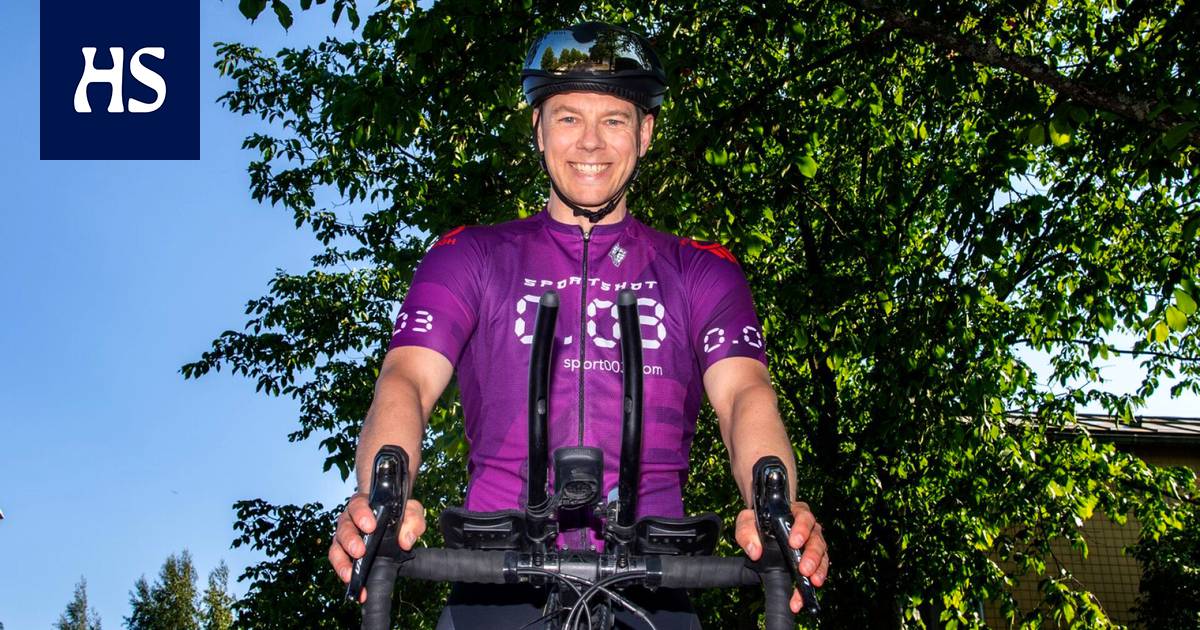 The goal is to break Samuli Mäkinen’s record time of 61 hours and 38 minutes. Helle brings an additional challenge to the contract.

The journey from Hanko to Nuorgam covered 1,434 kilometers and took 61 hours and 38 minutes. It is known to be a Finnish record of its kind.

After arriving, Mäkinen hoped that someone would try to break his record.

Now another man in the capital, 45, takes on the challenge Timo Petänen.

Petänen left for the contract from the southernmost corner of Finland on Monday at about 9 am. You can follow the progress and route of Petänen’s driving here.

The basic idea in these records is to drive the journey between two places – in this case the extremes of Finland – on a route of your choice in the shortest possible time and without outside maintenance.

Petänen says that he buried the idea even before he heard about Mäkinen’s record. At that time, Petänen had driven from Helsinki to Utsjoki for four days and did not find it impossible.

“But it’s harder when you can’t sleep and don’t get that pasta meal during the day,” Petänen says.

He was supposed to try a record as early as a year ago, but the pandemic messed up the plan.

“For the past year, I’ve been training differently, harder, consciously or unconsciously. There has been a goal in the back of your head that cannot be achieved without training. ”

Petänen has, like Mäkinen, designed a route that avoids the main roads, ie single-digit roads. Petänen’s route is, at least calculated by computer, slightly longer than in Mäkinen, 1,476 kilometers.

While driving in Utsjoki in the second summer, Petänen reached an average speed of about 29 kilometers. Last summer, he drove 850 kilometers from Joutsa in central Finland to Sodankylä, and the average speed was 29.9.

The average speed of the record holder Mäkinen was 27–28 kilometers per hour.

The equipment comes in small bags that attach to the frame. Picture: Kimmo Penttinen / Sanoma

As a racing game Petänen has a carbon fiber-framed road bike, which he has, in his own words, “optimized” for harder speeds.

“If I compare to Samuli, then I have a faster bike. To the layman’s eye, it looks like it’s optimized for a fast pace. It gets into a low time trial position and has deeper discs that carry the wind better. The helmet has the lowest possible air resistance. The biggest thing here is air resistance, ”says Petänen, who has been involved in road cycling for ten years.

The fact that at least the first trip goes in a heat of more than 30 degrees brings its own challenge to Petänen’s contract. Fortunately, the wind is projected to be mainly downward.

“Beverage policy needs to be rethought a bit. I bring a two-liter drinking backpack bag, which I fill when there is a longer piece in front without water filling. Then I have disinfectant tablets with me if I have to take water from the lake. I also take electrolyte tablets to maintain my body’s salt and magnesium balance. ”

Petänen plans to eat while driving.

“I go to buy food from shops or gas stations, practically bread. I like the fact that sometimes I take three cheeseburgers or something like that in the face of someone greasy.

Petänen considers it an important principle to eat before starvation.

“Chocolate can’t be taken at all now when it’s so hot. That would have been a nice addition. ”

Timo Petänen has adjusted his bike, helmet and driving position so that the air resistance is as low as possible. Picture: Kimmo Penttinen / Sanoma

When it is a record attempt, it is a matter of trying to run with the same eyes.

“I think I’ll probably run for 40 hours without any problem. I’ve been thinking that after that, I’ll take two 15-minute eye closures. It’s easy to sleep for 5-10 minutes. But you have to give yourself mercy. The goal is to drive so briskly that I can sleep even more if needed. ”

Petänen also has an idea of ​​where he could take a nap.

“I can sleep anywhere, but the loading docks in the shops are usually very empty and well protected. You can definitely go there when you ask the merchant if you can take small dreams when there is a long way behind. ”

In the international Petänen, who works in the GroupM media agency group at the Finnish management team level, says that he has always been active in sports.

As a young man, he purposefully played basketball, and later, in addition to cycling, the range of sports has included triathlon and downhill skiing.

Why are you going to aim for this record?

“There is no answer to this. My wife knows me and is not at all surprised, ”says Petänen with a laugh.

“In part, this is about being able to test your own limits. Maybe there may be a long-term desire to show as well. ”

“One interesting thing is that if you are going to set a Finnish record at the age of 45, you have to practice a sport that no one wants or is completely crazy. In that sense, I have chosen the right species. ”

Timo Petänen’s progress can be monitored in real time here.

Read more: Ultracyclist Samuli Mäkinen rode with the same eyes from Finland to the end in 62 hours and snoozed on the road cheek for only half an hour