Customers of the information campaign against the Russian vaccine named 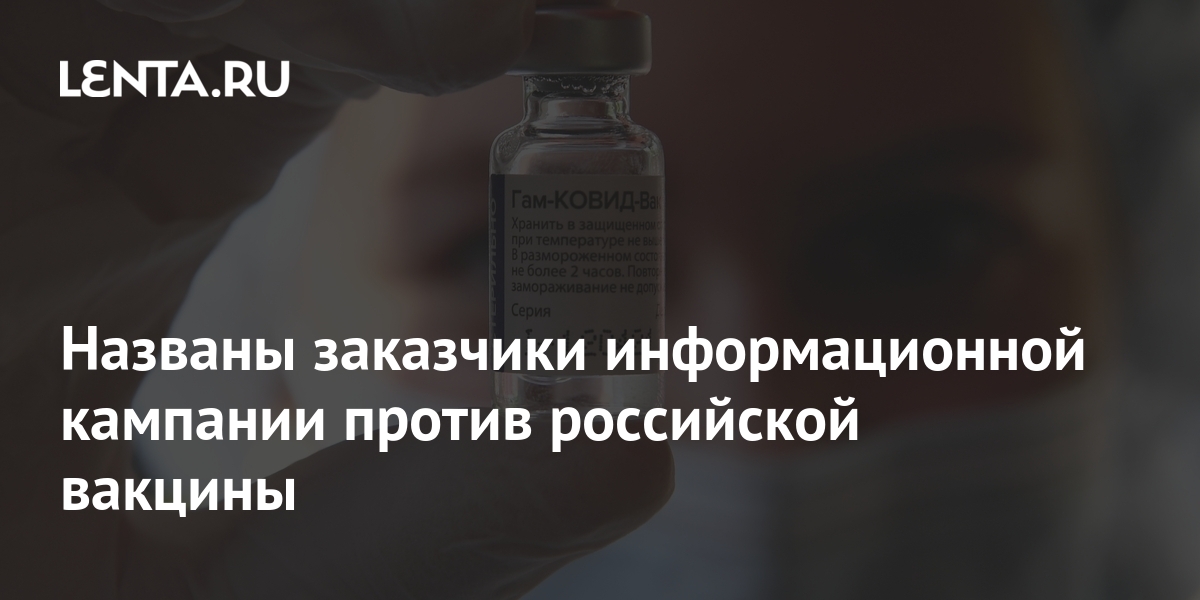 The head of the Russian Direct Investment Fund (RDIF), Kirill Dmitriev, said that the customers of the information campaign against the Russian vaccine against the Sputnik V coronavirus were representatives of the so-called “big pharma”. He named these companies in an interview with RBC.

In addition, according to Dmitriev, anti-Russian circles are involved in this process. Even before the registration of the drug, the head of the RDIF stressed, a campaign had begun to undermine confidence in the discovery of Russian scientists. The first accusations against Russia, made in September 2020, were based on the fact that vaccine technology was allegedly stolen.

According to the head of the fund, many pharmaceutical companies used to pay fines of millions of dollars for unfair competition and “illegal marketing” in an attempt to destroy competitors in the market.

“We see attacks on Sputnik V primarily in the Anglo-Saxon press – it’s a kind of octopus that combines the interests of a number of“ big pharma ”companies and a number of political players who are opposed to Russia,” Dmitriev explained, adding that the purpose of such campaigns is including a decrease in the rate of vaccination in the country.

Earlier, the epidemiologist Alexander Gorelov linked “some lagging” from the desired rates for vaccination in Russia with the movement of anti-vaccines. According to him, it “existed at all times.”

Representatives of the “large form” include 30 companies, whose headquarters are mainly located in Western countries. These include Pfizer, Moderna, AstraZeneca, Johnson & Johnson, which have also released their coronavirus vaccines.