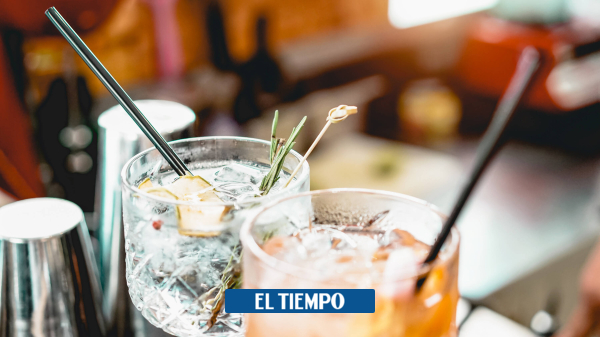 More than 20 clubs in Catalonia, Spain, announced that from June they will begin to use liquor glasses with plastic lids to prevent the introduction of chemical substances that affect the neural part of the person, to commit sexual abuse or theft.

As reported by the general secretary of the Catalan Federation of the Association of Restoration and Musical Activities (Fecasarm), Joaquim Boadas de Quintana, in an interview with the Spanish media ‘El País’, This is an initiative that seeks to reinforce security in nightlife establishments so that local customers and tourists have a better experience.

In addition, the owners of the nightclubs and bars seek to obtain the Nightlife Safety seal, an insignia granted by an association belonging to Fecasarm, and which accredits establishments that comply with the necessary safety standards to protect visitors.

(Also read: Express consent will be key to judging sexual crimes in Spain).

“There are several protective measures that go through the training of all employees, from the DJ to the cloakroom person, to detect if any client is in danger”, assured Boadas.

Establishments seek to improve the safety of their customers.

In order to implement these protocols, the establishments will now also have defibrillators, devices used in emergency centers to perform cardiopulmonary resuscitation, which may be necessary in the event that someone has chemical poisoning.

As explained by the secretary, bar and nightclub staff will be trained so that they can do the necessary medical procedures and provide first aid when necessary: “We are going to be the first organization to implement these cup lids, so that our clients are safe.”

Additionally, the ‘Ask for Angela’ model – ‘ask for Angela’ in English – will be another strategy that will be adopted, which consists in that, when a client observes a situation in which he considers that someone is in danger, he can approach to an employee and ask for Angela.

(We suggest: WHO approves resolution condemning Russia for invading Ukraine).

The workers will be trained to understand this key and will immediately activate the alarms to call the authorities and protect the integrity of the victim.

The staff of bars and nightclubs will be trained to respond to cases of abuse or intoxication.

“We will emphasize the Ask for Angela protocol and have trained all our employees to act quickly and ensure the safety of our customers. In addition, for the parents of our clients it is a great asset, since all the clubs with the seal are on the International Nightlife Safety Checked website and that guarantees parents that their children are going to a safe place”, argued Boadas.

As the secretary explained, the establishments will offer two types of tapas: some will have a single use, which will be layers of plastic that will cover the glass and will be discarded at the end of the drink; and the others will be reusable.

As for the second option, people will have the possibility of acquiring them in bars and nightclubs for an estimated price of 6 euros (25 thousand pesos). They can wash them and use them as many times as they want in any establishment.

According to David López, a member of the Front Marítim association -which brings together several of Barcelona’s nightclubs- for ‘El País’, the reusable lids are adhesive devices that adapt to the mouths of the glasses.

🗣 David López, deputy director of @CostaEstebcn: “The caps to avoid chemical submission are as much for homes as for gifts”https://t.co/7sFecvscQf

Additionally, there will be covers made of different materials such as aluminum and rubber. Some of them will have a QR code that will guide to a link through which customers can contact the Police directly.

To this, López added: “Opium, Pachá, Shoko and Carpe Diem (some local nightclubs) will soon have these tapas just when we expect more tourism and more clientele (…) We will bear the cost because we are interested in the safety of our clients”.

Ukraine: Draghi talks to Putin about the war and its food impact.

Police ‘revive’ a young man murdered in 2003 to clarify his death.

Monkeypox virus in Spain is the least virulent: study.