The first season of the Pure ETCR went on file with the victory of Mattias Ekström among the drivers and of Cupra Racing in the Constructors’ classification.

The Spanish manufacturer was the very first to embrace the new touring racing category, creating a first version of its Cupra e-Racer in 2018, and then evolving it on the basis of the brand new Leon Competicion.

Motorsport.com has an exclusive interview with Jaime Puig, Director of the Barcelona company, summing up at the end of what has been a very positive 2021 for his team.

How do you rate the first year of the Pure ETCR?
“We were very surprised by the tight competition and the level that everyone had right from the start. They are really fun races, now we need to make people understand how the format works, between battles and finals. It is everyone’s duty to explain it well, both at we Case and you of the press. It is clear that this is a very different thing compared to the usual touring races, so there is also that the format could be something new for the category “.

Don’t you think the three-day format is a bit too long?
“Yes, starting from the fact that the recharging times of the cars are long and the Battles with only two cars on the track are not good. Better three at a time, at least. We need to work on it, we are all united and we talk about how to evolve in the future. “.

Besides the race format, what other things would you improve?
“There are many things to improve, as happens when you face a brand new championship like this one. In my opinion we need to better understand which tracks are suitable for this championship, those that favor battles and the use of the additional boost of the Power Up, which sometimes has a lot of influence on the strategy “.

So is it better traditional and non-citizen circuits?
“The tracks must favor the battle and the characteristics of the cars. I didn’t like Copenhagen at all, for example. You have to work above all on where to go, so that the public can also come and see us and have fun. then he stays there until the end because there is no room to try to overtake, it’s not nice at all “.

Speaking of the public: People in general don’t really like the idea of ​​electric car racing. How would you convince a skeptic to follow them?
“First of all, you have to understand that the sound of the cars is necessarily different, but it’s not true that there isn’t. It’s a novelty, we certainly can’t put the roar of a V8 engine on an electric car. so and it must be accepted for its characteristics. The second thing is that the races are fun, before the final there are the battles, but also the Qualifications. People must have a more open mind “.

It’s progress …
“Yes, motorsport is too traditional. But the world is constantly evolving and if we look at the America’s Cup, the boats and regattas have also changed over the years, becoming bigger and more sophisticated. Yet the competition remains the same.”

Cupra and Hyundai have invested a lot to develop their cars, including research and testing. Romeo Ferraris, on the other hand, had a very small budget compared to you, and yet he finished in second place in the championship. Do you really need a lot of money for an ETCR car or can you stay on low costs?
“The margin to spend less is there, because the regulation allows you to act up to a certain point. In addition, next year we will already have a car base ready, so we won’t need so many tests. I think the investment of money everyone did it, some more and some less. Everyone got their results, surely Romeo Ferraris did very well, so they did well “.

TCR was born as a Customer Racing championship, linked to private teams. ETCR is more expensive, so will the manufacturers be directly involved?
“I think the ETCR will still be the future of touring racing. Today the car complete with battery kit and all parts costs almost € 500,000. We are trying to understand if we can get to the rental of the kit, like buying gasoline for the races. Let’s say that a car without a kit cannot cost a stratospheric figure, then it is clear that today it costs much more than a TCR. In the future, if there are no management or technical problems, everyone can have it. ‘is another very important thing … “

You are welcome…
“We made our debut in a totally new championship for everyone, yet there were no serious technical problems, whether they were related to batteries or electrical systems and so on. No one has ever happened, even Formula E suffered a lot of trouble in the first year. , as well as the Extreme E this season. The Pure ETCR was the first series without problems. So they laid a very solid foundation for the future. “

How many years can it become a championship for customer teams, like the TCR?
“I believe that by the end of 2022 we will be ready to satisfy customers. We will also have to talk about it with the promoter WSC Ltd. and the managers of the other teams, but slowly we will arrive at the continental and national series, for sure”. 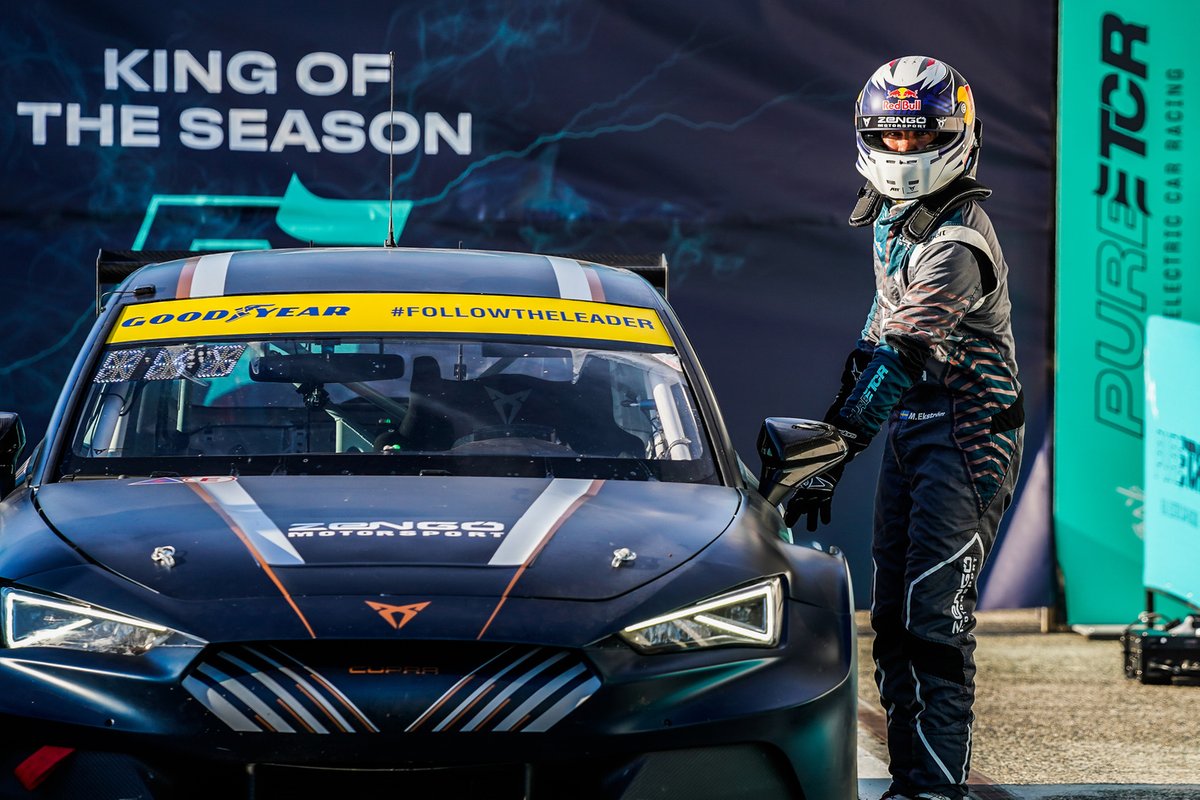 From America to the people of conflict areas .. a “gift” to fight Corona