Cupra and Azcona stand out in the Pure ETCR: ‘A nice way to start’ 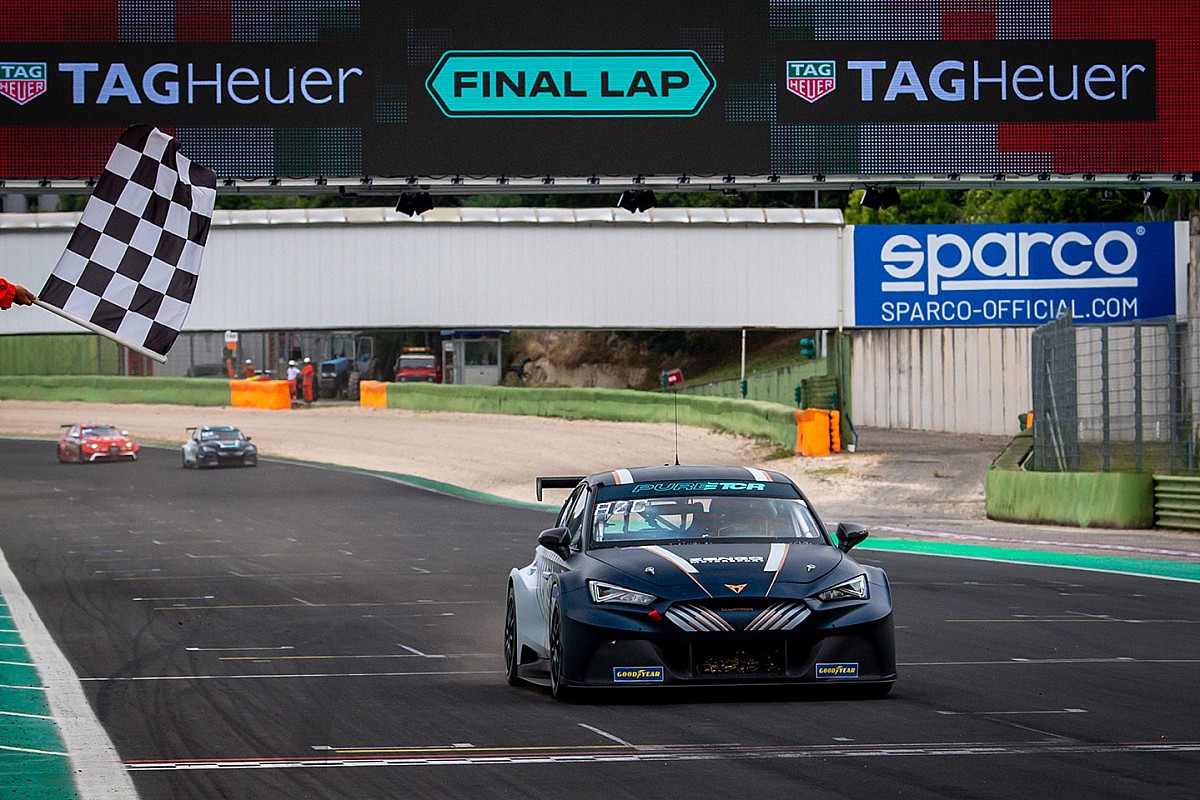 This is an important page of history, given that the Zengo Motorsport X Cupra driver is the first to stand out in a weekend of the brand new electric touring series.

Azcona was one of six Pool A drivers for Saturday’s two rounds of ‘Battles’ on the short circuit, and has jumped to the top of the standings with a couple of wins.

However, a puncture sent him into a spin during Sunday morning’s time trial – which set the grid for the next Super Final A – and so he found himself at the back in what was the longest race of the event.

A splendid comeback led him to victory after Augusto Farfus and Tom Chilton’s Hyundai Veloster Ns suffered punctures while in first and second position.

“We made history, winning the first weekend of the Pure ETCR – said Azcona – I’m super happy because after free practice I was confident for the time trial, but I had really bad luck when I punctured the rear, so I the Super Final had to start from the rear. “

“It was really difficult to start with five fast cars in front of me, but I got good information from the team on how to use the Power-Up and I’m very happy.”

“Cupra has been fast all weekend and the team has done a really good job. I’m sorry for my teammate, who had really bad luck with the penalty, but this is a great way to start the season.”

Azcona’s victory in Super Final A over team-mate Jordi Gené, in fact, enabled their colleague Ekstrom (who had obtained the record for Super Final B) to be the only driver capable of beating Azcona on a level absolute.

Unfortunately the Swede was excluded from the time trial results after the Zengo team worked on his car in the pit lane during the session, violating the Parc Fermé rules.

Ekstrom made a great comeback and eventually finished behind Jean-Karl Vernay, whose results put the Hyundai driver in second place overall, ahead of Ekstrom.

Gené is fourth overall, with drivers Romeo Ferraris / M1RA, Luca Filippi and Rodrigo Baptista, following after both had finished on the podium in their respective Super Finals.

The Pure ETCR will be back in action at Motorland Aragon, Spain, over the weekend of 9-11 July, together with the FIA ​​World Touring Car Cup.