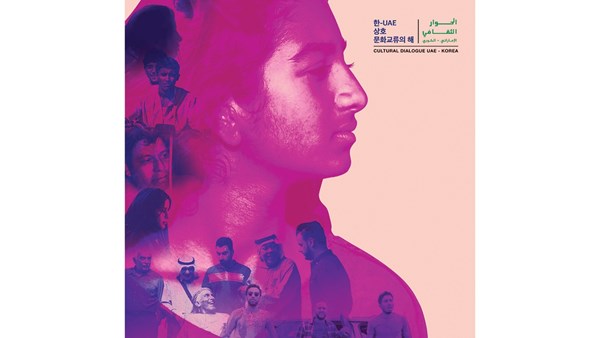 On the occasion of the Emirati-Korean Cultural Dialogue, the Ministry of Culture and Youth is launching the Emirati Film Week, which will be held online from June 18 to 24, as a special initiative, organized in partnership with the Ministry of Culture, Sports and Tourism in South Korea, and the Korean Cultural Center in the United Arab Emirates. The Korean-Arab Society, the Emirates-Korean Friendship Society, ImageNation, and TwoFour54.
In addition, Her Excellency Noura bint Mohammed Al Kaabi, Minister of Culture and Youth, said, “The Emirati-Korean Film Week, which is part of the Emirati-Korean cultural dialogue, is another initiative as part of our ongoing efforts to strengthen bilateral relations between the two countries,” noting that joint relations with the Republic of Korea are strong. In a variety of fields, including cultural and creative fields. Since films are one of the most effective media for conveying the cultural legacy of the UAE society, I am confident that the seven films shown during the next week will help our brothers in Korea have a deeper understanding of our culture and society.
Her Excellency pointed out that cultural rapprochement between friendly countries greatly complements the depth of political and strategic relations on the one hand, and enhances popular relations on the other, adding: I hope that our two countries will communicate with each other continuously on the cultural level so that we develop a comprehensive understanding of literature, art, lifestyles and social features of Each other.
For his part, Hwang Hee, Minister of Culture, Sports and Tourism of South Korea, said: “I warmly welcome the UAE to hold the Emirati Film Week to celebrate the UAE-Korea Year of Cultural Relations 2020-2021, as this special event will result in a deeper understanding of our cultures through films. I would like to extend my congratulations to the people of the United Arab Emirates who celebrate the fiftieth National Day of the United Arab Emirates, and express my deepest gratitude to Her Excellency Noura Al Kaabi for hosting this meaningful occasion. I believe that the friendship between our two countries will grow increasingly stronger for many years to come.”
The Emirati Film Week will present seven films that present different social and cultural themes for Emirati filmmakers and residents in the UAE. Three feature films are available to viewers, “From A to B,” “Shabab Sheyab,” and “Scales.” Presenting 4 short films, “The Way,” “The Shadow,” “The Shadows,” and “My Mother.” The UAE Week also provides viewers with an exploration of the diversity of the cinematic scene that reflects the cultural diversity in the Emirates.
The films can be viewed through the online platform (https://screen.mckd.gov.ae/) for a period of 7 days from June 18 to 24, 2021, as viewing is free after registration, and subtitles in Korean and English are provided for all presented works, and you can Submit and register to watch by clicking on the image for each movie shown on the platform.

The renewals of Inter: after Lautaro it will be up to Brozovic and Perisic. And not only…