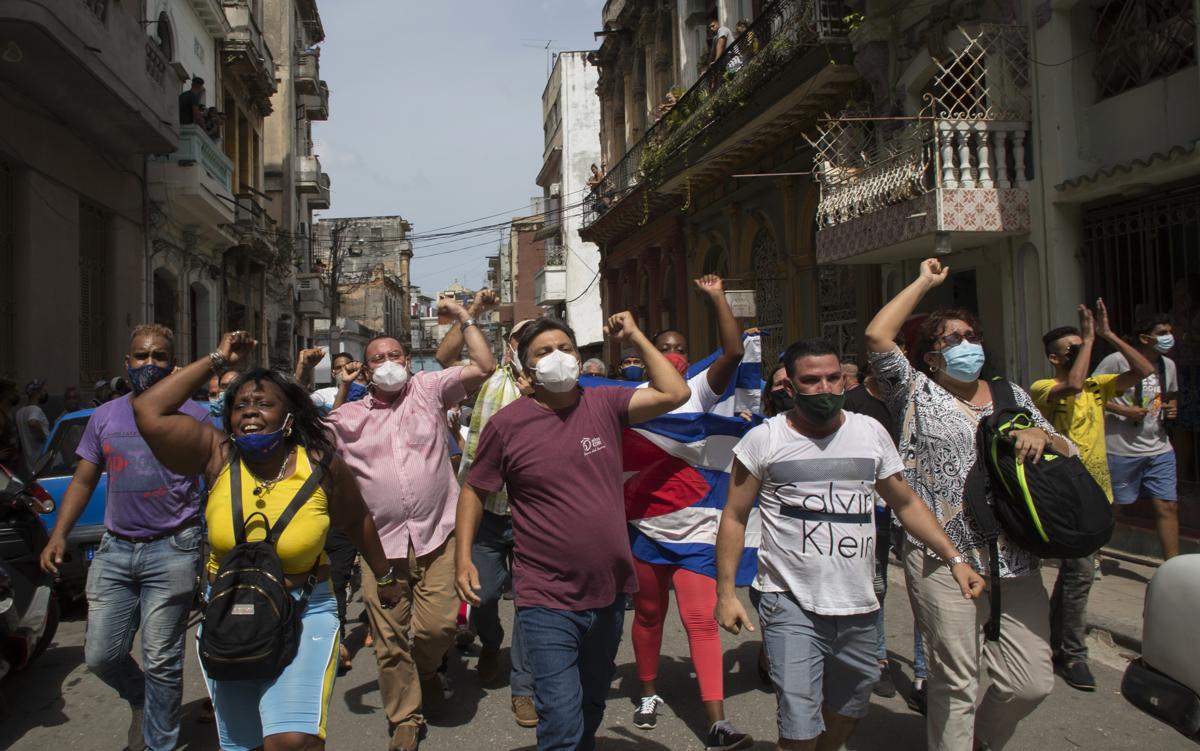 Demonstrations against the government are underway in Cuba in several cities. “Down with the dictatorship”, “freedom”, “go home” are some of the slogans chanted. The protests started spontaneously this morning. This is a very rare event. The Communist Party is the only one on the island. Among the cities involved, in addition to Havana, is San Antonio de los Banos, where a demonstration in favor of the government was also held, attended by President Miguel Diaz-Canel. The country is grappling with a heavy economic crisis, aggravated by the Covid pandemic. Last April the Castro era ended with Raul passing the baton to the new generation.

The head of diplomacy of the European Union, Josep Borrell, asked the Cuban government to listen to the “manifestations of discontent”, after a day of protests in the main cities of the island. “I want to declare the right of the Cuban people to express their views peacefully, and I want to ask the government to allow these peaceful demonstrations and to listen to the discontent,” Borrell said at the end of the meeting of the twenty-seven foreign ministers.

Cuba: Biden, the United States stands with the Cuban people

The United States is “strongly on the side of the Cuban people”. Thus President Joe Biden, on the sidelines of a meeting at the White House, commenting on the unprecedented protests on the island against the dictatorship

Cuba: president Venezuela, support for the people and the government

Venezuelan President Nicolas Maduro, a faithful ally of Havana, expressed support for his counterpart Miguel Diaz-Canel “for the people of Cuba” and “for the revolutionary government of Cuba”, the day after the anti-regime protests on the island . Maduro said he had expressed “all his support for President Miguel Diaz-Canel, all his support for the Cuban people, for the revolutionary government of Cuba. From here in Venezuela, (we are brothers) for better or for worse. Cuba will come. ‘ out…”.

Cuba: Argentine president calls for the lifting of the embargo

Argentine President Alberto Fernandez called for the lifting of the embargo against Cuba which he defined as “inhumane” and rejected the idea of ​​a possible foreign intervention to resolve internal political conflicts. “There is nothing more inhumane in a pandemic than economically blocking a country”, said the president in an interview with Radio 10. “Those who suffer are not a government, but society”, he added. .

The United States has maintained the embargo on the island since 1962, which according to the Cuban authorities is the main cause of the island’s major economic problems. Cuban President Miguel Di’az-Canel assured yesterday that the United States was also behind the historic protests of the day before: thousands of Cubans, tired of the economic crisis aggravated by food and drug shortages, took to the streets in dozens of the city shouting “We are hungry”, “Freedom” and “Down with the dictatorship”.