Cuba, from Veroes to Jesuits 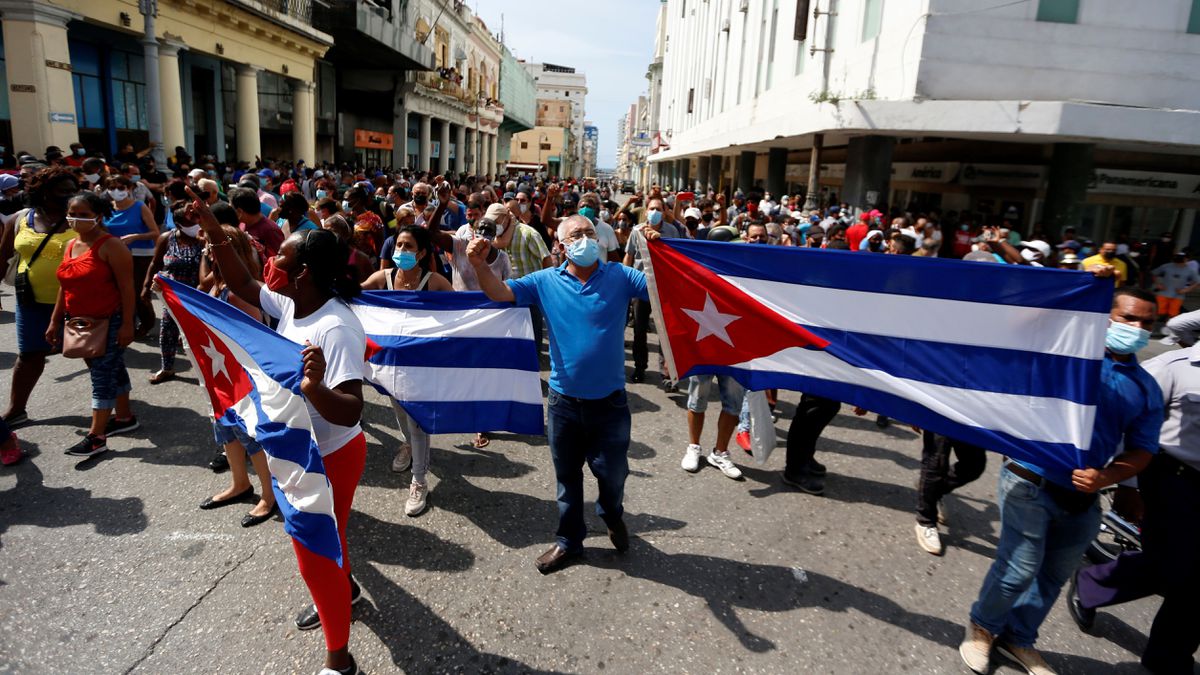 My mother, a school teacher, once brought home a Botanist from Orestes Cendrero, a famous Cuban naturalist native of Santa Clara (former province of Las Villas), and with her Cuba entered our house.

It was an old Spanish edition, with sepia photography captured by the author in many places on the Island. Thanks to Cendrero I learned very early that the ceiba is a malvaceae.

My old woman never went to Havana, but she knew a lot about Martí’s adventures in Caracas. She had a soft spot for poets, but hearing her speak you concluded that the author of The girl from Guatemala He was the most Caracas of all. Being the two masters, I also believe that a kind of union affinity was at work in her.

I can still see myself, barely ten or eleven years old, holding my old woman’s hand and leaning out into the courtyard of what was the Colegio Santa María — between the corners of Veroes and Jesuitas—, at that time a half-demolished and assembled house. There Martí dictated French grammar lessons during the half year that he lived among us.

Martí had to learn the idiosyncratic gazette of Caracas’ historic center: he does not attend the municipal cadastre. You are guided by the euphony of the names that in times of Spain the inhabitants gave to the corners of the grid. She dictates the direction of the original circulation.

Names of illustrious neighbors, temples, landmarks of the landscape. Thus: from Society to Racks, from Stock Market to Merchants, from Cuartel Viejo to Pineda …

I often went to the other place of work of the Apostle in Caracas: the house of the Villegas College – between the corner of Veroes and the Santa Capilla – where twice a week, from eight to ten at night, Martí taught public speaking. Then the José Ángel Lamas Higher School of Music worked there, and still works, where my older brother attended, with me as a pegoste.

Juvenal Anzola, a young law student, was one of his students that year 1881 and from him we know of the fascination that Martí had over them. Invariably they escorted the 29-year-old young master to his quarters in a group. Anzola tells it in Civilizers of Venezuela, a bibliographical rarity that will deserve many reprints when democracy returns to Venezuela.

Why am I pestering all this? Because the networks and digital headers and TV are, since the memorable Sunday of San Antonio de los Baños, all full of Cuba and its tiredness and its angry people and I, when I hear the word “Cuba”, I invariably imagine Martí arriving at his Caracas home — apparently he lived with his family near Tienda Honda — late at night.

The conversation holds him back for a while. At the end, Juvenal Anzola and his companions say goodbye and wish him a good rest.

There is no cultured Venezuelan who does not know by heart the preliminary paragraphs of Martí’s elegy on the death of his friend, the Venezuelan humanist Cecilio Acosta. It appeared in the second issue of the Venezuelan Magazine that he founded as soon as he arrived in Caracas. In it he says: “In things of affection, his fault was excess. A phrase of his gives an idea of ​​his way of wanting: ‘oppress entertainment’. He, who thought like a prophet, loved like a woman ”.

As in other parts of our history, Venezuela then endured a dictatorship, that of General Antonio Guzmán Blanco. The dictator had always had between his eyebrows the austere civilista who was the wise Acosta, a sweet intransigent republican.

When it came to public liberties, Cecilio Acosta did not know how to keep quiet and paid for it with the long ostracism that Martí broke with his friendship. Guzmán did not forgive him that funeral oration and expelled him from our homeland.

Cuba and Venezuela, always so close! Like saying “from Principal to Count”, “from Veroes to Jesuits”.