CSKA lost to Sochi in the RPL match 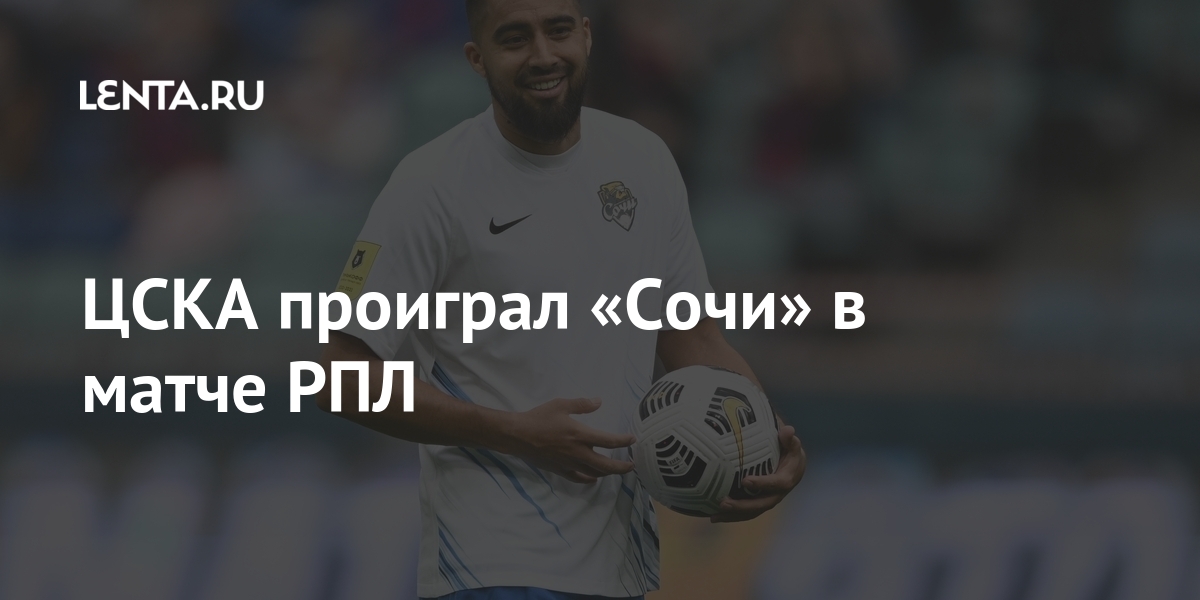 CSKA Moscow lost to Sochi in the match of the 26th round of the Russian Premier League (RPL). The correspondent of “Lenta.ru” informs about it.

The meeting took place in Sochi and ended with a score of 2: 1 in favor of the hosts. The score was opened in the 40th minute by midfielder Christian Noboa from Sochi, who converted a penalty. At the 54th minute, the hosts’ advantage was increased by midfielder Artur Yusupov. In the 78th minute, the army team closed the gap thanks to a goal from defender Igor Diveev.

Thus, after 26 matches, CSKA is fifth in the RPL standings, gaining 46 points. Sochi is in seventh place with 43 points. Zenit St. Petersburg is in the lead with 55 points.

In the next round, CSKA will play away against Spartak and Sochi against Ufa. Both meetings will take place on April 25th.