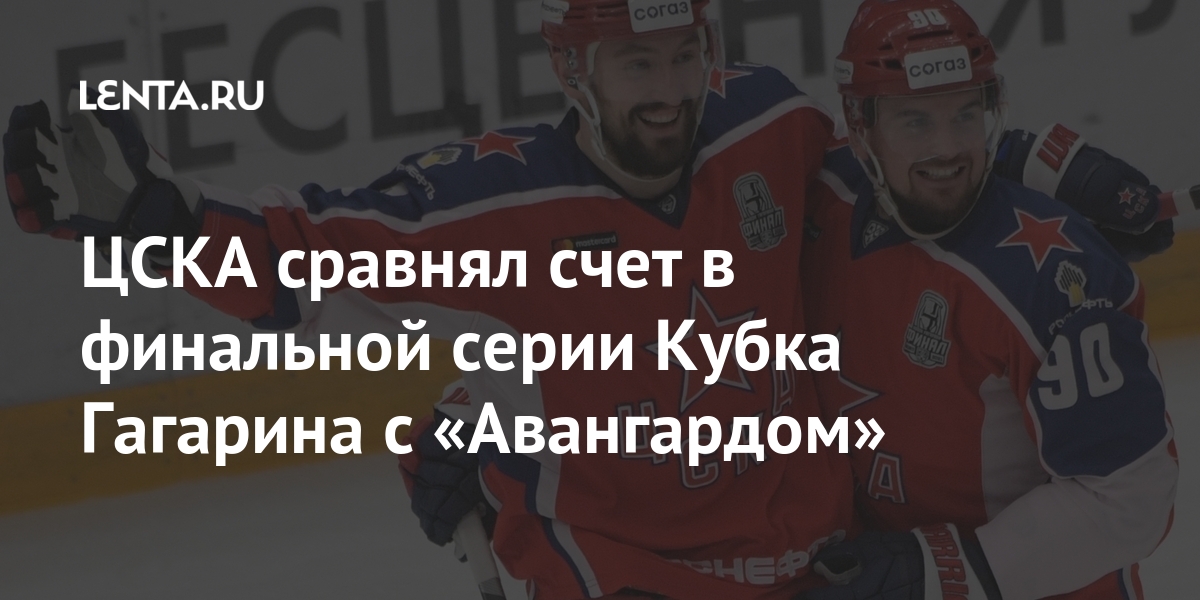 CSKA Moscow defeated Avangard Omsk in the second match of the Gagarin Cup final series. The correspondent of “Lenta.ru” informs about it.

The meeting took place on Tuesday, April 20, in Moscow and ended with a score of 3: 0 in favor of the hosts. Maxim Shalunov, Anton Slepyshev and Alexander Popov were among the winners.

The victory allowed CSKA to equalize the score in the final series, the teams now have one won match each. The third meeting will take place on Thursday, April 22, in Balashikha.

Avangard and CSKA became the first teams in the history of the KHL to play in the Gagarin Cup final for the second time in a row. In the 2018/2019 season, the army team won the tournament. A year ago, the championship was not played out due to the coronavirus pandemic.

Shanghai motor show: a woman climbed on the roof of a Tesla to protest the brakes

Krasnodar defeated Rubin in the 27th round of Tinkoff RPL