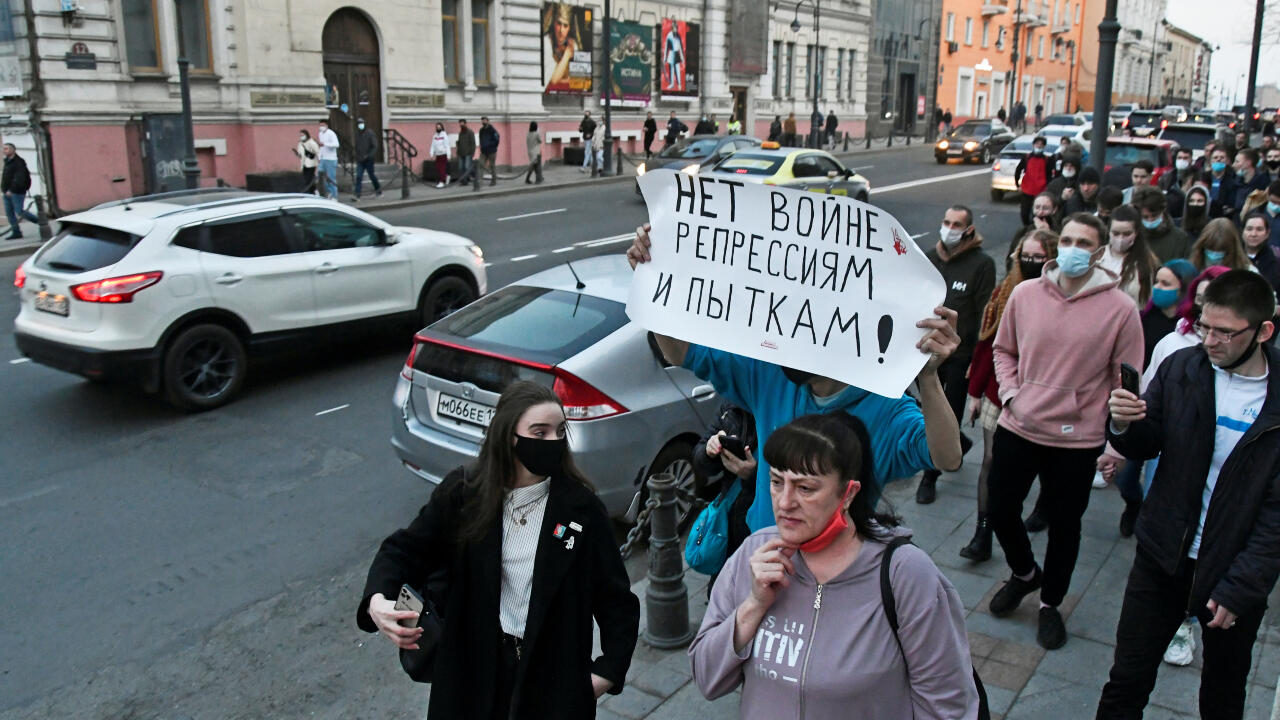 In the midst of the call for protests in favor of the Russian opponent Alexei Navalny, and in the framework of the president’s annual speech to the Federal Assembly, the authorities of that country arrested several allies of the Kremlin critic. The European Union rejected the arrests and Vladimir Putin warned of harsh responses if the “red lines” are crossed.

Lyubov Sobol, one of the faces of the YouTube channel of Russian opposition Alexei Navalny, and Kira Yarmysh, his spokesperson, were arrested on April 21 in Moscow, Russia. The authorities of that country have been warning for several days that the demonstrations called for this Wednesday in favor of the Kremlin critic are illegal and during the day they have arrested more than 100 of his supporters in the streets.

“As usual, they believe that if they isolate the ‘leaders’, there will be no protests,” Leonid Volkov, a close ally of Navalny, said earlier after learning of the arrest of Sobol and Yarmysh. “Of course that’s wrong,” he added.

Another opponent close to Navalny, Ruslan Shaveddinov, wrote on his social media: “Right now all over Russia they are arresting potential protesters. This is repression. This cannot be accepted. We have to fight against this darkness ”. According to the protest monitoring group OVD-Info, so far 102 people have been arrested in the April 21 protests.

Among other issues, the protesters are calling for the necessary medical attention to be provided to Alexéi Navalny, who began a hunger strike 22 days ago to denounce that the authorities in the prison where he is being held did not treat him due to pain in his leg and in the back. Two days ago, the opponent was transferred to a prison with an internal hospital and this Wednesday the state agency RIA said that four doctors saw the opponent and affirmed that they did not find serious risks to his health.

The European Union rejects the arrest of Navalny’s allies

The president of the European Council, Charles Michel, said that the arrests of allies close to the Russian opposition are “deplorable”. Michel spoke on Twitter and added that “the authorities must respect the right of assembly.”

“I urge that Alexei Navalny be given the necessary and quality medical care and that he be released,” said the president of the European institution.

The detention of supporters of Alexey #Navalny in advance of planned protests in #Russia today are deplorable.

Authorities must respect the right to assembly.

I urge that the necessary and quality medical care be granted to Alexey Navalny and that he be released from prison.


On Tuesday, US State Department spokesman Ned Price said the US government would not hesitate to use additional tools to sanction Russia if the opponent Navalny is not given adequate attention. Later, the US ambassador in Moscow announced that he would travel to his country this week for “consultations.”

This Wednesday, Russian President Vladimir Putin addressed the Federal Assembly, in an annual speech that is a reference on the state of the country, and addressed the tensions.

Putin warns West about consequences if they cross “red lines”

The Navalny case is just one of Russia’s points of tension with the powers of Europe and the United States. Also in the picture is the movement of troops on the border with Ukraine and the signals from the West that blame the Russian forces for supporting the rebels in the Ukrainian region of Donbass.

In this context, the Kremlin leader used his state of the nation address to project a message of Russian strength and defiance in the face of external threats.

“We want good relations,” he said in the middle of the speech, “and we really don’t want to burn bridges,” Putin told both houses of Parliament.

“But if someone mistakes our good intentions for indifference or weakness and intends to burn or even blow up these bridges, they should know that Russia’s response will be asymmetrical, swift and tough.”

Russia would determine where its red line was in each specific case, he said, comparing the country to a tiger surrounded by hyenas.

The Pope takes sides in favor of universalization

Four mathematicians show that it was impossible to predict the fate of 29,000 rubber ducks at sea