Crosses and accusations in the Senate for the situation in Formosa: ‘They hold us responsible for murders’ 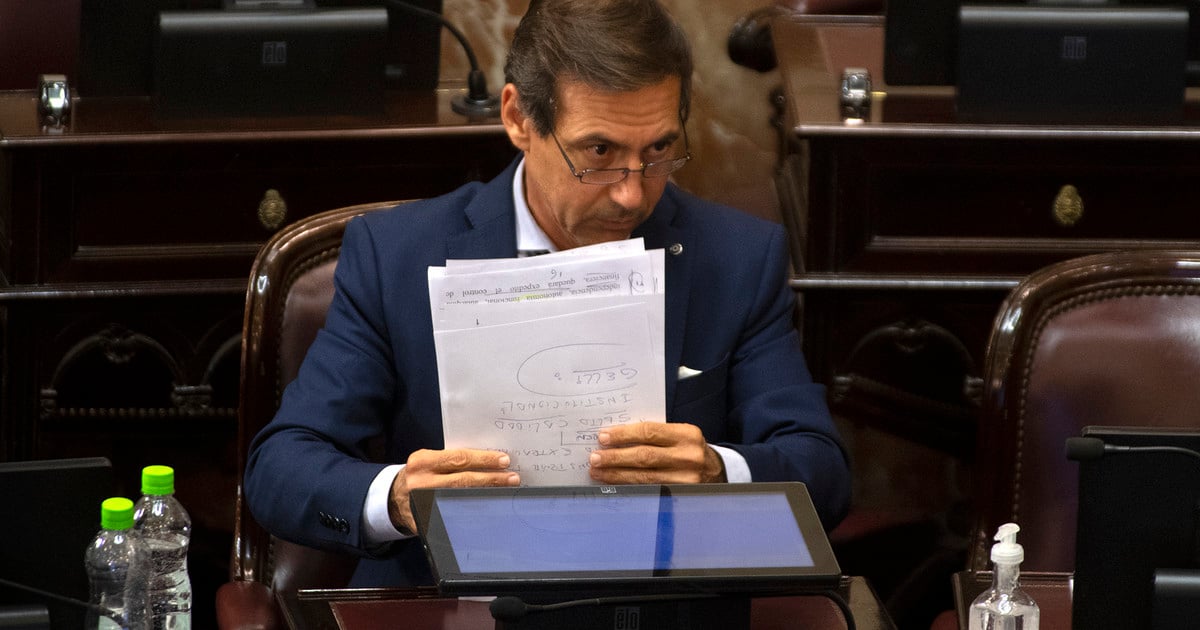 This Thursday’s session in the Senate – in which changes to the Profits Law will be approved – began with new crosses due to the situation in Formosa. “They hold us responsible for murders”, denounced the head of the JxC interblock, Luis Naidenoff from Formosa. His peer from the Frente de Todos, José Mayans, pointed out that “after the political acts of the opposition” the cases and deaths from Covid rose in the Province.

Naidenoff warned by posters that appeared in the province of Gildo Insfrán in which they mention him as “guilty” of the increase in infections and deaths.

“A campaign was started. How far does the ruling party want to go by holding the opposition responsible for the deaths? In politics there are rules of the game and when it comes to a pandemic of infections and deaths, you have to be very careful. From the personal I am played, they are not going to run me. Nor are they going to intimidate me by making me responsible for this with the pain of others, those who have no idea what the pain of loss means, “he said in his speech.

Along these lines, Naidenoff closed: “I will always be guilty of defending democracy, freedom and human rights. But save when a limit is crossed because the national government has a quota of responsibility and the Parliament also “.

Immediately afterwards, the head of the ruling party, also from Formosa, asked to speak. Jose Mayans, who did not refer to the posters.

“On December 31, 2020, Formosa had 58 active cases and 1 deceased. After the political acts of the opposition, we now have 1,150 cases and almost 70 deaths. Those who were in the act of Clorinda were infected and many of those who were in that box today are in intensive care, “he said.

In turn, he targeted the deputies of JxC, Ricardo Buryaile and Waldo Wolff who were in Formosa.

“Buryaile got on a plane with Covid symptoms. He did not wait for the result. He violated the constitutional guarantees of the citizens of that plane,” he said.

Founder of the "Climate Union": "The Union's climate policy must be more ambitious"

Transport Alcohol and drug intoxication in traffic for the first time as many, police say