Cross over the street-legal Toyota GR Super Sport after crash? 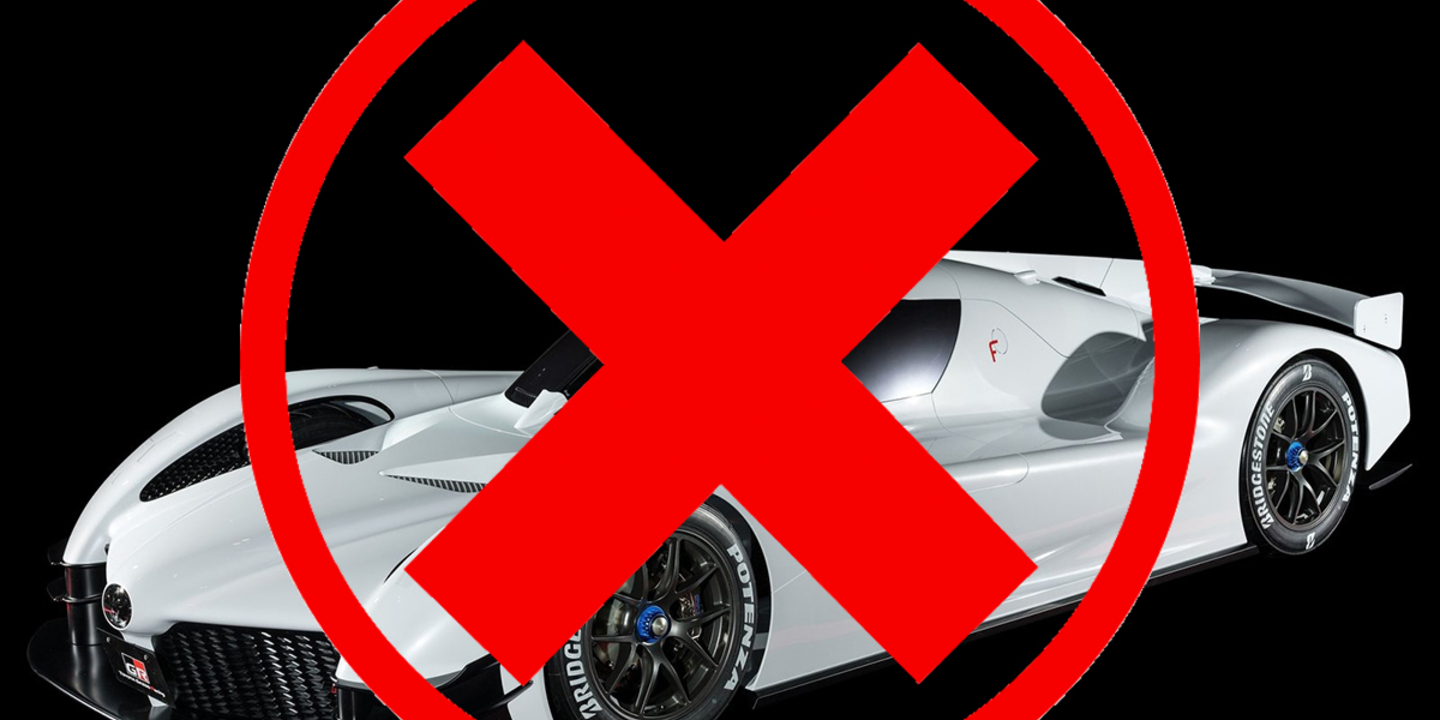 After a serious crash with the test prototype, Toyota is said to have decided to stop development of the GR Super Sport.

Initially, carmakers who wanted to develop a race car for the new Hypercar class (LMH) of the World Endurance Championship (WEC) also had to provide a street-legal homologation model. Following the example of the Mercedes CLK-GTR AMG and the Porsche 911 GT1 at the time. Although that rule has since been removed, Toyota decided to push through and also develop a street-legal hypercar that shares its technical foundations with the race car with which they are taking another shot at the overall victory in the 24 Hours of Le Mans.

That Toyota GR Super Sport, as Gazoo Racing calls the hybrid hypercar for the time being, would become an interesting competitor for hypercars packed with F1 technology such as the Aston Martin Valkyrie and the Mercedes-AMG One. Would, because in the meantime the development of the GR Super Sport, also homologated for the public road, would have been stopped. During test drives at the Fuju Speedway, a prototype was said to have been badly damaged after a serious crash, after which management put the project in the freezer.

That decision has no bearing on Toyota’s commitment to the World Endurance Championship. The GR010 will soon be going for a fourth consecutive victory for Gazoo Racing in the 24 Hours of Le Mans.

Rossi: ‘Michelin doesn’t know if the tires work either’