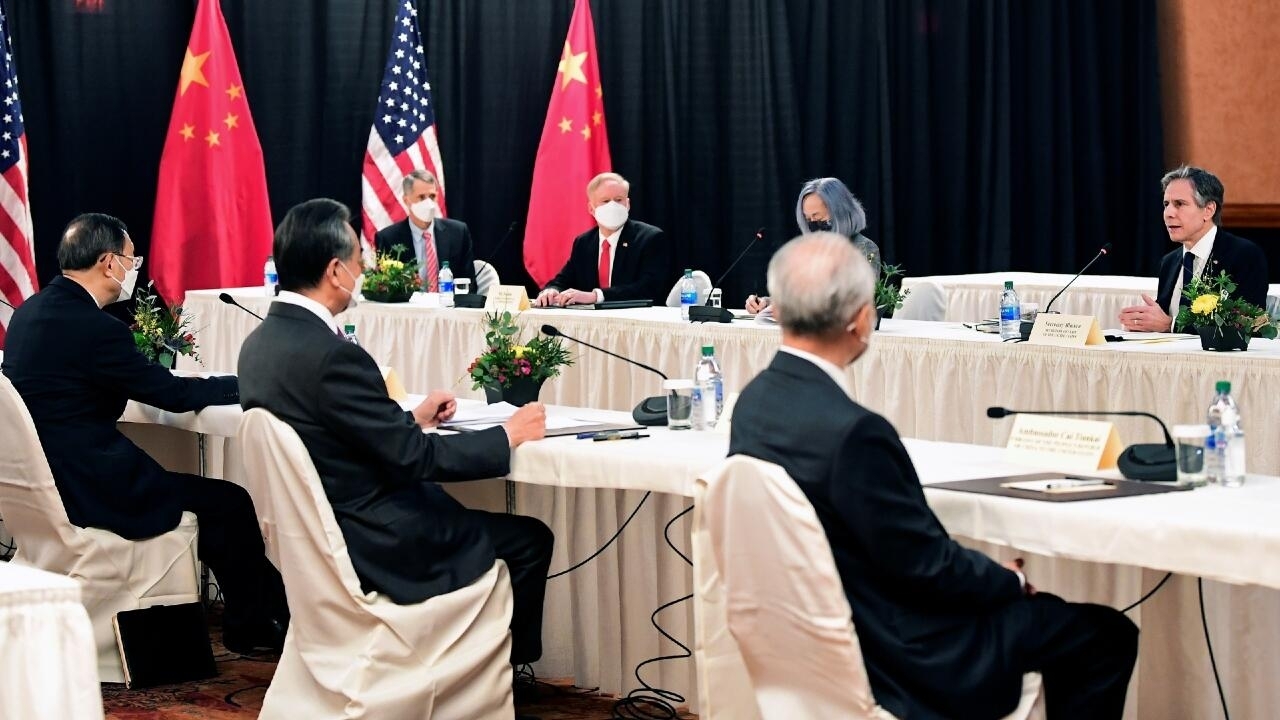 The two-day summit in Alaska exposed the profound differences between Washington and Beijing, ranging from trade to human rights. In an unusual scenario, the criticisms from both parties were made public and anticipated a difficult journey for relations that are at their lowest point.

The Alaska summit made visible the profound differences between the United States and China, the first to develop since Joe Biden’s inauguration in the White House. Both delegations did their part to show their discontent in front of the cameras and in the eyes of the world, which is observing the evolution of the problematic relations between the two main global powers.

The unusual exposition of the differences, out loud, was not accidental, but the result of a staging that seemed premeditated: both Washington and Beijing laid the foundations of a strong bond, which faces the challenge of achieving meeting points in the future between two actors who quarrel in almost every aspect and who do not intend to give up an inch in front of their rival.

The cold Anchorage was presented as a neutral city for this first meeting between the United States and China, but it could not hide the deep polarization of these two countries, which covers a wide range of topics: from trade to respect for human rights, going through cybersecurity and the position on Iran, North Korea, Afghanistan and climate change.

For the Biden Administration, it was a first approach while defining its position against China in aspects such as trade tariffs and the strict line adopted by Donald Trump, while the strong public discourse has earned it the support of some Republicans.

While for the government of Xi Jinping, with a more experienced delegation in counterpoint with the United States, it meant a possibility to trace the possible directions after Trump’s unorthodox diplomacy and ratify that it has no intention of modifying its policy in various aspects. .

The terrain prior to this first meeting of the delegations was already slippery. In a telephone dialogue, Presidents Joe Biden and Xi Jinping disagreed on a variety of issues, apart from the fact that the Chinese president considered that a confrontation would be a “disaster” for both nations.

Then, a day before the meetings began, the State Department announced new sanctions against Beijing for China’s repression of democratic movements in Hong Kong.

That is why it was not surprising that much of the United States’ criticism of China during the meetings – at least the public part of them – pointed to the actions of Beijing, which Washington considers authoritarian.

The US delegation raised accusations of human rights violations by China in Xinjiang, Tibet and Hong Kong, denounced the alleged pressure from Beijing on Taiwan and held the Asian country responsible for the cyberattacks.

“Each of these actions threatens the rule-based order that maintains global stability. That is why they are not merely internal matters, and that is why we feel an obligation to raise these issues here today,” the US Secretary of State said. USA, Antony Blinken, during the debate.

A position amplified by National Security Advisor Jake Sullivan, who accused China of launching an “assault on basic values.”

The Chinese delegation, for its part, questioned the United States for promoting what it considered its own version of democracy, at a time when that country faces its own internal discontent, and accused it in addition to not addressing its own rights problems humans.

He also criticized US “interference” in the internal affairs of his nation. The Chinese Communist Party’s foreign affairs chief Yang Jiechi said that Beijing “will safeguard our sovereignty national security and our interests “. “We hope that the United States does not underestimate China’s determination to protect its territory, safeguard its people and defend its just interests,” he said.

“Grandiloquence” on one side, “smell of gunpowder” on the other: dialectical combat pushed to the limit

The tensions in the exchanges reached fever pitch, close to excessive animosity.

For example, the State Department criticized the Chinese delegation for exceeding the time limit set for opening remarks and suggested that Beijing “appeared to have arrived with the intention of being bombastic, focused on public theatricality and dramaturgy on substance. “.

For his part, after the meetings, Chinese Foreign Ministry spokesman Zhao Lijian accused the US delegates of provoking a “solemn response” from Chinese officials to the “baseless attacks.”

The spokesperson considered that the US side “provoked the dispute in the first place”, which colored the meeting with “a strong smell of gunpowder and drama from the beginning.” “It was not the original intention of the Chinese side,” Zhao considered.

Despite the disputes, the parties were satisfied with the results

At the conclusion of the meetings, Antony Blinken said he was not surprised by what he called “a defensive response” from China to questions raised on the broad spectrum of issues.

“We wanted to share with them the important concerns we have about a series of actions that China has taken and behaviors they exhibit, concerns shared by our allies and partners. And we did. We also wanted to set out very clearly our own policies, priorities and worldview. And we also did it “, detailed the Secretary of State.

“In economics, commerce and technology we told our counterparts that we are reviewing these issues in close consultation with Congress, with our allies and partners, and we will advance them in a way that fully protects and promotes the interests of our workers and our companies. “Blinken added.

Meanwhile, Jake Sullivan added that “we expected to have tough, direct conversations on a wide range of topics, and that’s exactly what we had.”

For his part, a senior US official told reporters that once the media left the room, the two parties “immediately got down to work” and held substantive talks.

In a similar vein, Yang Jiechi expressed himself, who, in statements to the Chinese chain CGTN, considered the dialogues as constructive and beneficial even though “there are still differences.”

The first pulse between Washington and Beijing left few conclusions and many questions about how relations will develop over the next four years under the Biden Administration. For now, Alaska served as a board for the two parties to move their first pieces.