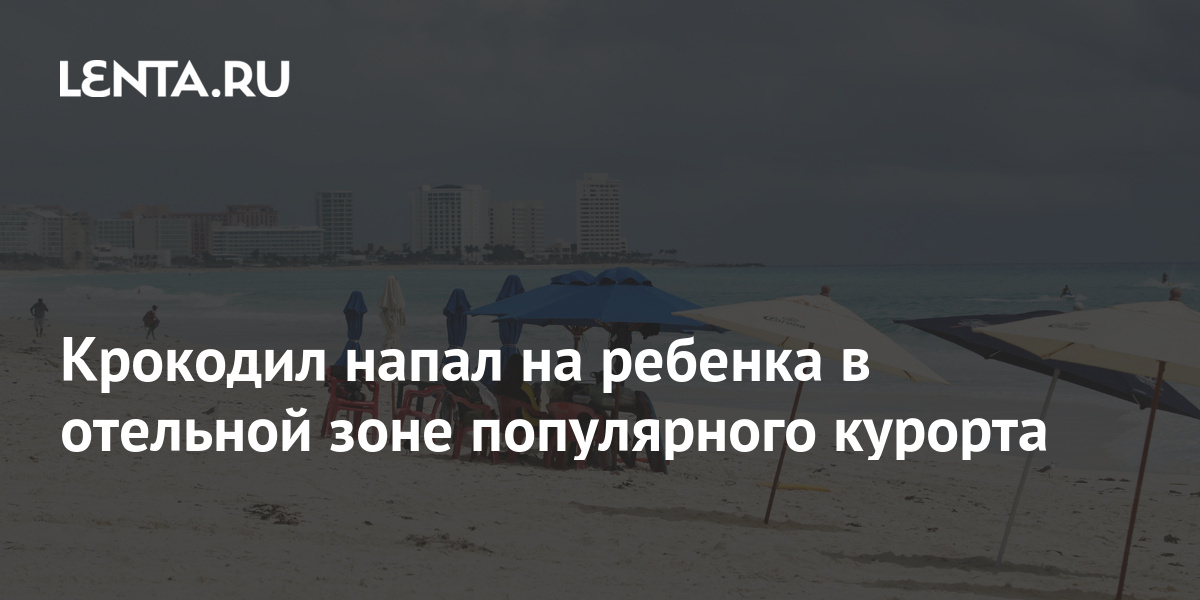 A crocodile attacked a child in the hotel zone of the popular Mexican resort city of Cancun. It is reported by Noticias Cancun.

A reptile suddenly emerged from the mangroves, grabbed an eight-year-old boy and tried to drag him under the water. However, the parents managed to repulse the child, who was subsequently taken to the hospital in serious condition. It is noted that the animal could have come out far from its lagoon due to heavy rains that have been going on over the past few days.

Earlier it was reported that a resident of the English city of Sandhurst, Berkshire, is fighting for life in the hospital after her twin sister rescued her from the jaws of a crocodile in the Mexican lagoon. In March 2021, 28-year-old Melissa Laurie took a trip around the world with her twin sister Georgia. At the end of May, they arrived in Mexico and, together with a group of tourists, went to dive at night from a boat in bioluminescent water, 16 kilometers from the resort of Puerto Escondido. Suddenly, a crocodile attacked Melissa and dragged her under the water.