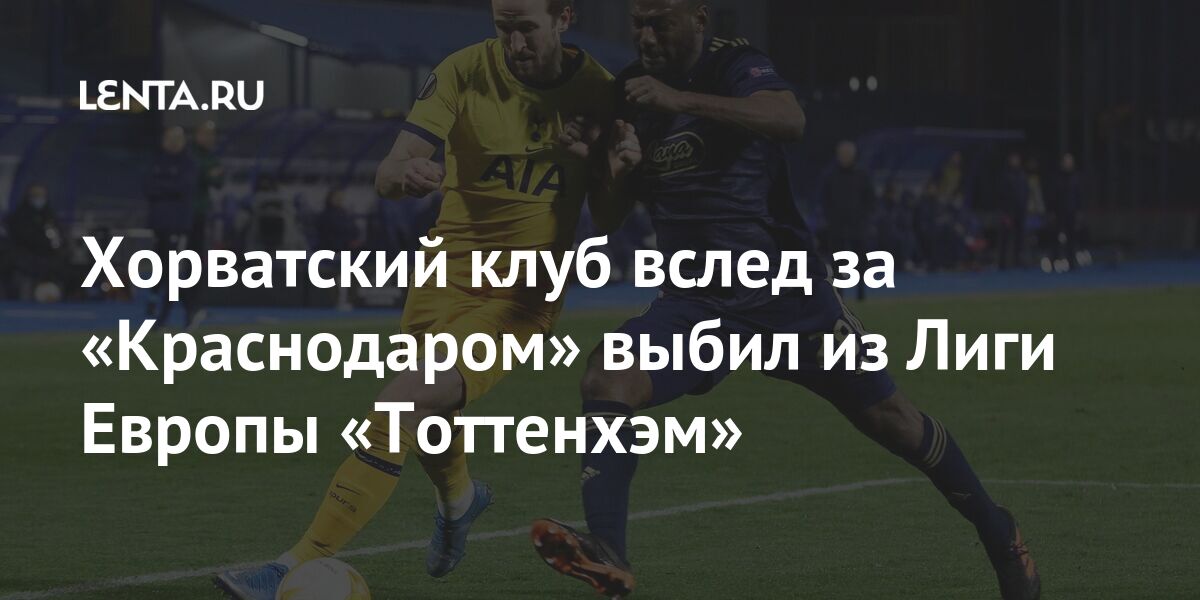 Dynamo Zagreb beat Tottenham at home in the second leg of the 1/8 finals of the Europa League. The correspondent of “Lenta.ru” informs about it.

The main time of the meeting ended with the score 2: 0 in favor of the hosts. Among the winners, Mislav Orshich scored a double. In extra time, the Croatian forward scored a hat-trick.

The meeting turned into overtime, as in the first game Tottenham won a home victory with the same score 2: 0. Dynamo will recognize their quarterfinals rival after the draw, which will take place on Friday, March 19.

In the 1/16 finals, Dynamo met with Krasnodar. The Croatian club beat the Russian team twice.

Lukashenka named the desired landmarks for the Belarusian people

Spain enters the hyperloop race: the train that will go to 1,000 km / h