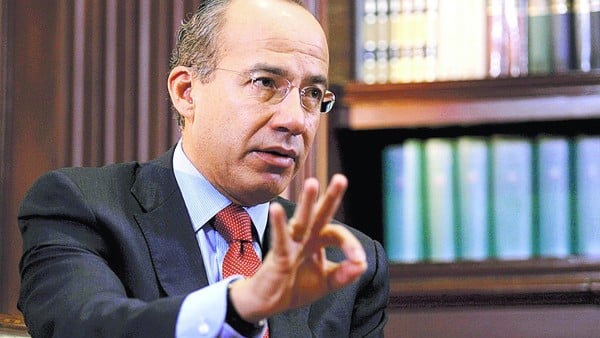 Amid unexpected diplomatic tensions in the region over the unfortunate presidential phrase, the former president of Mexico Felipe Calderon he joined the criticism against Alberto Fernández for his phrase that annoyed Brazilians and Mexicans.

“How about the quote from Octavio Paz!? Well ‘Europeans’ (will it be a complex?) But the President of Argentina lacks a bit of culture. Here we say: ‘The Indian is not to blame, but the one who makes him president‘”Calderón, president from 2006 to 2012, tweeted.

This Wednesday President Fernández -during the press conference he gave with his Spanish counterpart Pedro Sánchez- was at the center of the controversy when trying to quote confusingly to the Mexican poet Octavio Paz, when he was actually mentioning a verse from a Litto Nebbia song.

How about the Octavio Paz quote !? Well “Europeans” (will it be a complex?) But the President of Argentina lacks a bit of culture. Here we say: “It is not the fault of the Indian, but the one who makes him president.” https://t.co/zSuT1MPllp

The phrase, beyond the controversy over the meaning, was wrongly awarded by the President. This verse is part of the lyrics of the song “We arrived from the boats” by the Argentine rocker Litto Nebbia, Alberto’s friend.

Strictly speaking, the phrase attributed to Paz, in reality, says that “Mexicans descend from the Aztecs, Peruvians from the Incas, and Argentines from ships. “

Reverse that does not stop criticism

After the uproar in the region, Alberto Fernández came out to apologize from his social networks.

It was stated more than once that “Argentines descend from ships.” In the first half of the 20th century, we received more than 5 million immigrants who lived with our native peoples. Our diversity is a pride.

“It was stated more than once that “Argentines descend from the ships.” In the first half of the 20th century, we received more than 5 million immigrants who lived with our native peoples. Our diversity is a source of pride, “Fernández tweeted.

And he added: “I didn’t want to offend anyone, anyway, who has been offended or invisible, since now my apologies “.

Meanwhile, some journalistic media in Brazil reflected the statements by the President and highlighted him for his “racism”.

One of them was the Folha de San Pablo newspaper: “La racist phrase reveals a deep cultural trait that minimizes or even denies the mestizo roots of the Argentine population, a thought that has been present since the 19th century among important intellectuals and rulers. “

For his part the Excelsior newspaper of Mexico He highlighted the news as the main one of the day: “The Mexicans left the Indians … the Argentines came from Europe,” he titled that site and described: “The president of Argentina, Alberto Fernández, makes a controversial comment comparing the origins of Mexicans, Brazilians and Argentines, and it wasn’t a joke. “.