Critical Theory.. From Psychoanalysis to Postcolonialism 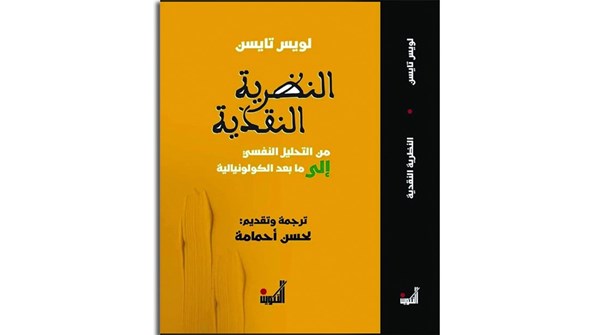 The book of the famous critic Louis Thyssen, published in its original text entitled “Critical Theory Today”, in its Arabic translation by the Moroccan critic and translator Lahcen Hamama, is one of the most important critical books for every researcher and interested in literary criticism. In the context of the monetary movement witnessed by the Arab world since the second half of the twentieth century, and the accompanying liberation movements, and socio-economic and political transformations, it was necessary to open up to contemporary monetary theories. This openness that sought to approach literary texts according to a sober critical conception to enable the researcher and critic to possess a theoretical awareness that finds its source in the humanities, from linguistics, sociology, anthropology, and psychology. This is because creativity is not only an expansion of the language or creativity in it, but it is also intrinsically linked to the culture that produced it, as seen by many of the theories included in this book.
And since the literary text is like that, it was necessary to look at it according to a systematic conception based on a clear vision that guides the researcher and critic during their reading without falling into an impressionistic reading that may bear the unbearable creative text. The creator does not come from a free vision, but is the conscience of his time and society, with all its contradictions and conflicts. Thus, the literary text mimics its reality, and may not reflect it directly, and does not exist in isolation from the societal changes that created it.

Text Accountability
This book, according to its translator, seeks to help the reader change his perspective in questioning the literary text, and to provide him with important entrances for a productive, thorough reading that does not confine the text to a single critical theory, as Thyssen insists at the end of the book, but rather the reader can approach it from multiple angles according to Concepts shared by two or more critical theories.
And Louis Thyssen, says the translator, seeks to try to cover most of the literary criticism theories to enable readers to have a comprehensive familiarity with them, and to try to apply them to literary texts of all kinds. Perhaps the distinguishing feature of this book is that it appends each theory with a set of questions that the reader must ask and apply to the literary text in order to come up with a reading that responds to the requirements of each theory and its conceptual apparatus. However, some of these critical theories are not only of a purely literary nature pertaining to the literary text, but some of them arose in a soil rife with political conflicts such as feminist criticism, African American criticism, and postcolonial criticism, as the critic points out. Therefore, it overlaps in these theories literary, political / ideological, philosophical. This means that overlap has become a feature of most literary criticism theories, with the fact that the gap between knowledge has been bridged. Perhaps this is the spirit of our times.

Columns in Rome with renewable energy, map, where they are

PES 2022 – Preview, we tried the new Beta of the Konami title