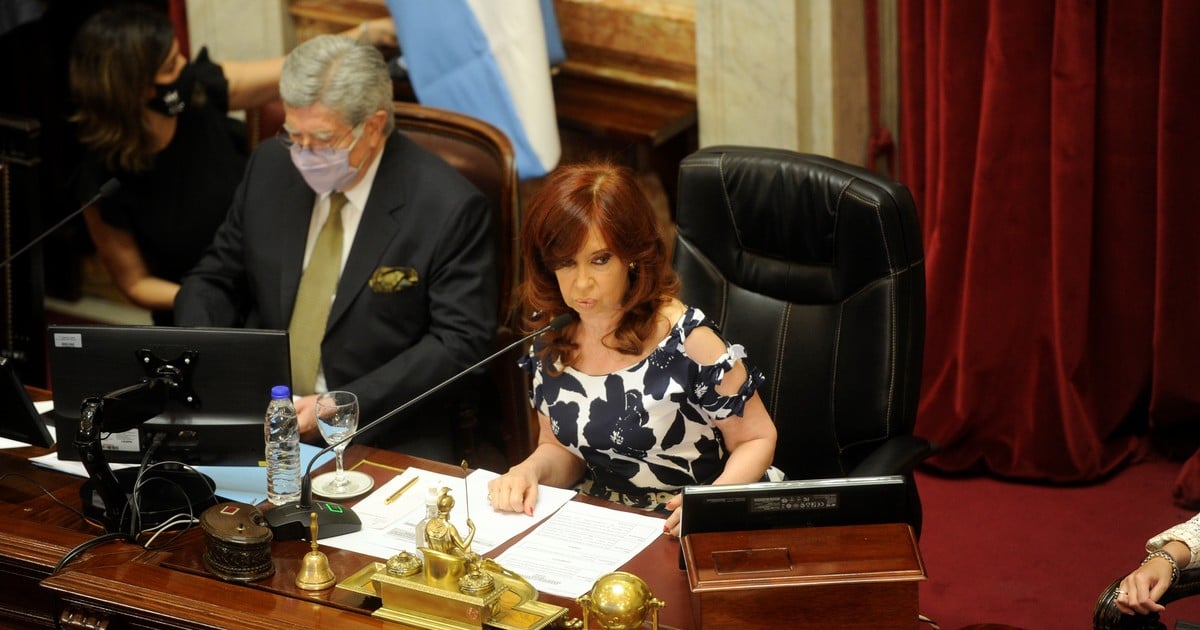 After obtaining the dismissal in the case for the operations with the future dollar, Vice President Cristina Kirchner requested on Tuesday the annulment of the trial for the signing of the Memorandum of Understanding with Iran, which had been initiated after the complaint of the late prosecutor Alberto Nisman. In that file she was prosecuted for aggravated cover-up.

The former president, through her lawyer Carlos Beraldi, presented an 82-page brief in which, in addition, she requested that a public hearing be held to give her arguments, as happened when she required that the oral debate not be held in the case of the Future Dollar, where he made a political defense.

If done, It will be the trial of the greatest international significance against Vice President Cristina Kirchner. In this oral trial, the alleged attempt to cover up the five Iranian defendants accused of having been the intellectual authors of the attack on the AMIA through the signing of the memorandum of understanding with Iran, a fact that the late prosecutor Alberto Nisman denounced in 2015. The attack was carried out by a command of the Islamic Jihad of the Hezbollah of Lebanon.

“From judges to finger, arbitrariness and written rulings in the Quinta de Olivos”, was the message that Cristina Kirchner published on the networks and with which she said that her lawyer requested that the file be annulled and the initial instance not be reached of the oral debate.

Through the brief presented before the federal Courts, the former President requested “that the order of summons to trial be annulled and that the the dismissal of all the people who have been unjustly imputed in this process, with express mention that the formation of this cause in no way affects his good name and honor “.

It also “expressly required that such mention reach Mr. Héctor Timerman, who was dismissed in this process due to termination of the criminal action” after the death of the former foreign minister.

The proposal of the vice president points against two judges of the Chamber of Cassation who intervened in the case, Gustavo Hornos and Mariano Borinsky, who held meetings with the then president Mauricio Macri in the Olivos villa. He considered, once again, that the investigation he only responded to a political persecution against him without legal support.

“The action carried out in this process by judges Gustavo Hornos and Mariano Borinsky, members of the Federal Criminal Cassation Chamber, seriously affected the guarantee of the natural judge, which extends to all the resolutions issued by said magistrates, as well as the other procedural acts that are connected with them, “the letter indicates.

To expand the arguments of her proposal, the vice president required that the Cassation Chamber, which must decide on her request, enable the publicity of the hearing that is usually convened in such circumstances. “Given the importance of this process, such hearing must be held publicly, authorizing the media that require it to broadcast it live,” said Cristina Kirchner.

On December 7, 2017, Judge Bonadio requested the violation and preventive detention of former President Cristina Kirchner. At that time, prosecuted her for treason, aggravated cover-up and obstruction of a functional act, all linked to the pact with Iran as a supposed benefit for those accused of the AMIA attack. According to the justice, Cristina and several of her officials designed a “criminal plan” to “provide impunity” to the Iranians responsible for the blowing up of the Jewish mutual society.

In the case of the Pact with Iran, which began in 2015 after the complaint of the prosecutor Alberto Nisman, several former officials who now hold positions in the Government of Alberto Fernández are on trial. Next year the trial for the alleged cover-up of the Iranians accused of the AMIA attack would begin.

For Justice, the purpose of the Memorandum was that the Iranian citizens accused of the terrorist attack “could be removed from the action of justice – by granting Interpol enough tools so that the red index notifications that weighed against Iranian citizens lose virtuality ”. Thus, they were freed from “all criminal responsibility for said events -through the creation of a Truth Commission- and through this, introduce an alternative hypothesis.”

«Study and Sports» Initiative for Talents with a «French Recommendation»

Collective, complex, archetypal unconscious: we use Carl Jung’s words, but hardly know him