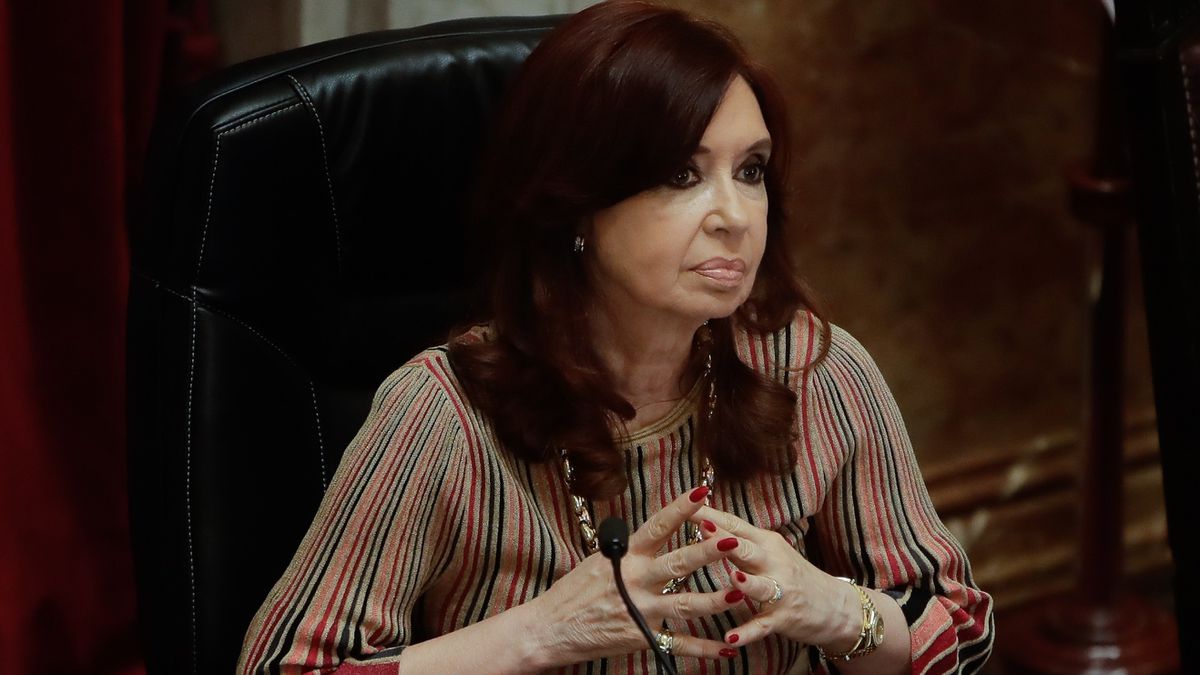 The Argentine vice president, Cristina Fernández de Kirchner, turned a judicial hearing into the stage from which to attack the opposition and the country’s justice. “We are accused of being cover-ups for the most terrible terrorist attack that our country suffered. This accusation is judicial, institutional and political nonsense ”, said Fernández de Kirchner in the first minutes of his presentation before the Federal Oral Court 8 of Buenos Aires. The former head of State of Argentina (2007-2015) had requested a hearing to substantiate the nullity of the judicial case opened against her and several collaborators.

Justice is investigating whether the memorandum signed with Iran in 2013 was intended to cover up the Iranian suspects prosecuted for the attack against the Jewish mutual AMIA in 1994, in which 85 died people. The case is based on the complaint filed by prosecutor Alberto Nisman against Fernández in January 2015, four days before he was found shot to the temple in his apartment.

Through videoconference, Fernández de Kirchner declared himself the victim of a “political operation” against her during the mandate of his successor, Mauricio Macri, and linked the opening of this legal case to the pressure exerted by the vulture funds that hold debt bonds. Argentina.

“The memorandum with Iran is not just a persecution. It was this: pay what they wanted to the vultures because after paying the vultures they said that the bonanza was coming. And they paid! They managed to remove the padlock so that it was paid. I did not do it. I took what I took and they did not bend my arm. I did not pay them what they wanted because it was condemning Argentina to a phenomenal debt, “said the vice president.

“I find it hard to believe that 27 years after the AMIA tragedy we are still discussing this, which is a fabrication of a lie in order to win elections, to be able to keep people entertained and to be able to blame those who are wrong or right. With mistakes, with successes, we can say that when it was our turn to govern Argentina, we governed it so that people could live better, ”said the ex-president.

The case for alleged cover-up through the memorandum with Iran was closed by federal judge Daniel Rafecas in 2015, but was reopened a year later, when Kirchnerism had been left out of power after losing the elections. “In 2016, with the new government, they made two new complaints about the same events, exactly the same events that had already been investigated in the Rafecas court and there what are called twin cases are opened. In Argentina there are twin causes: when you do not like the result of a trial, you can set up another to see if you can achieve what you did not achieve in the first one, “he denounced.

Throughout more than an hour of exposure, Fernández de Kirchner harshly criticized two of the judges who voted in favor of reopening the investigation, who, according to journalistic investigations, repeatedly visited Macri.

The hearing took place on the same day that the main Jewish organizations in the country held a ceremony in tribute to the 85 victims of the terrorist attack. This Sunday marks the 27th anniversary of the worst attack in the history of Argentina, which remains unpunished.