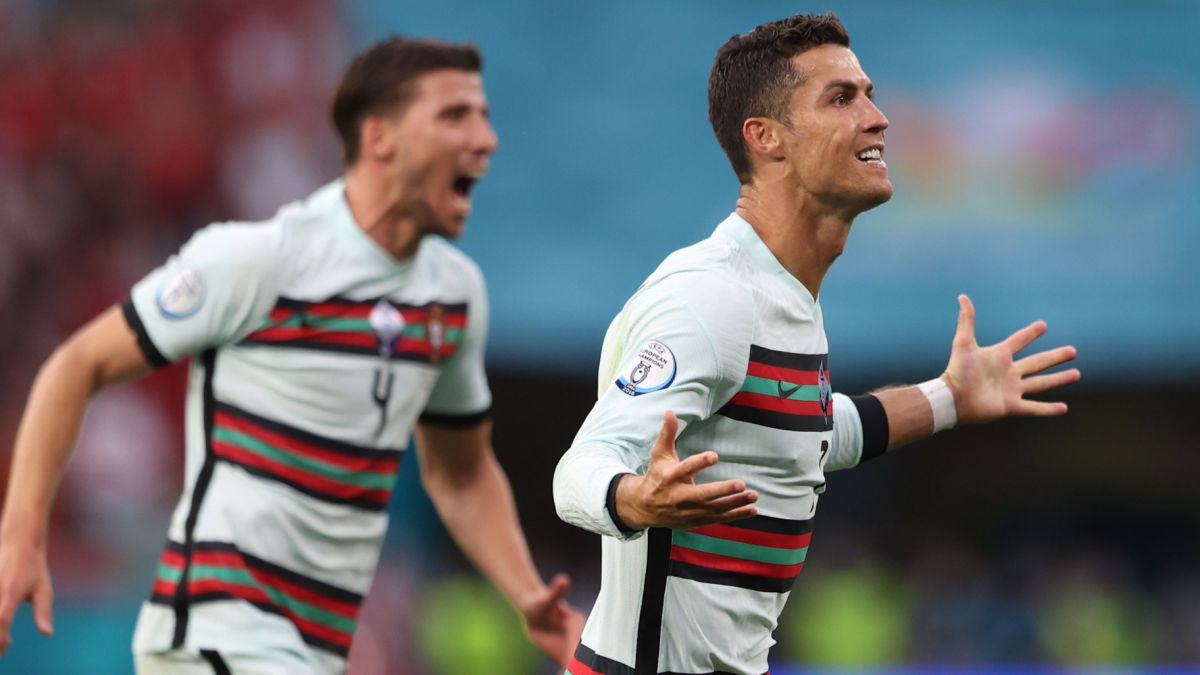 Far from being the Hungary of the magical Magyars, light years away from the Puskas, Czibor or Kocsis, the impetuous Hungarian team complicated the premiere of Portugal in a stadium with a prepandemic air, filled to the maximum capacity and without masks for any reason. side. With an imperial Gulacsi, the Portuguese could not decant the combat until the last gasp. Fernando Santos’ team has become accustomed to living with agony, serve the case of the previous Eurocup as an example.

Hungary played with their weapons and with those given to them by the 60,000 fans who squeezed in from the stands. In these times of football behind closed doors, having such support becomes a differential factor. The players have not felt the roar of the stands for a year, the one that pushes the one who has it in favor and belittles the one who suffers it.

Portugal noticed it in the eardrums from the start, there is no doubt, and it took a lot for him to be the Portugal that runs over, rather than plays. Fernando Santos, who sensed a hard leg match, joined William Carvalho and Danilo Pereira in the midfield, reinforced concrete to free his flute players. Bruno Fernandes floated where he wanted and Bernardo Silva and Diogo Jota were the companions of an annoying Cristiano, gesticulating from beginning to end before the boos that the stands gave him. We no longer remembered the Crstiano angry with the world.

He paid for that obfuscation with Diego Jota when he did not give him a ball that was more of a shot than a pass. Gulacsi appeared then and also in any other Portuguese approach. He took another from Cristiano, then one more from Diogo Jota, and for his fortune he saw how Cristiano himself sent to the clouds the only action in which the RB Leipzig goalkeeper was defeated. It does not have as much press as others, but there is a goalkeeper in Gulacsi and he showed it with an exhibition at the height of very few in Europe.

Hungary played with their heart and with an immeasurable goalkeeper, although they appreciated the break just when more water reached their neck. Szalai was a kind of Luca Toni at the top of the attack, always offering long until exhausting him from so much direct ball. From that powerful young man who passed through Castilla to this experienced man who is still like nine Hungarian, an entire football career has passed and a decade for the rest. Even so, a header from him was the only warmth for an attentive, expectant Rui Patricio.

Portugal’s problems were various, but they were mainly summed up in Gulacsi and an alarming lack of playmaking. The goalkeeper again denied Cristiano another as much with a hand down that crowned him as a hero, while his team and the stands grew as they felt unbeatable. The other great dilemma of the Portuguese was that their midfield was unable to command, which was leaving the attack malnourished. Only Bruno Fernandes threatened with a missile to the strain of the stick that Gulacsi solved again, intractable.

Budapest roared, the stadium throbbing with each counterattack, as in one that Schón converted into a goal for general ecstasy that would later lead to disappointment after the goal was disallowed for offside. It was the omen that the worst could happen. As it hurts the most for the host team, in a rebound from the left side that was passing by, Raphael Guerreiro scored the goal that saved the champion from burning. It is those strokes of fortune that differentiate the big teams from the rest.

Already with Hungary on the canvas, Cristiano appeared in the final moments to sign a double. The first did so with a penalty that this time Gulacsi could not stop. The second, already in the discount, cutting the goalkeeper himself within the area. His celebration did not go unnoticed and it was a message to the public that such a bad afternoon made him pass. Him and the rest. The hell of Budapest almost cost Portugal a disappointment, despite finishing thrashing.