Crisis in Afghanistan: what happened to the baby delivered over a wall to US soldiers 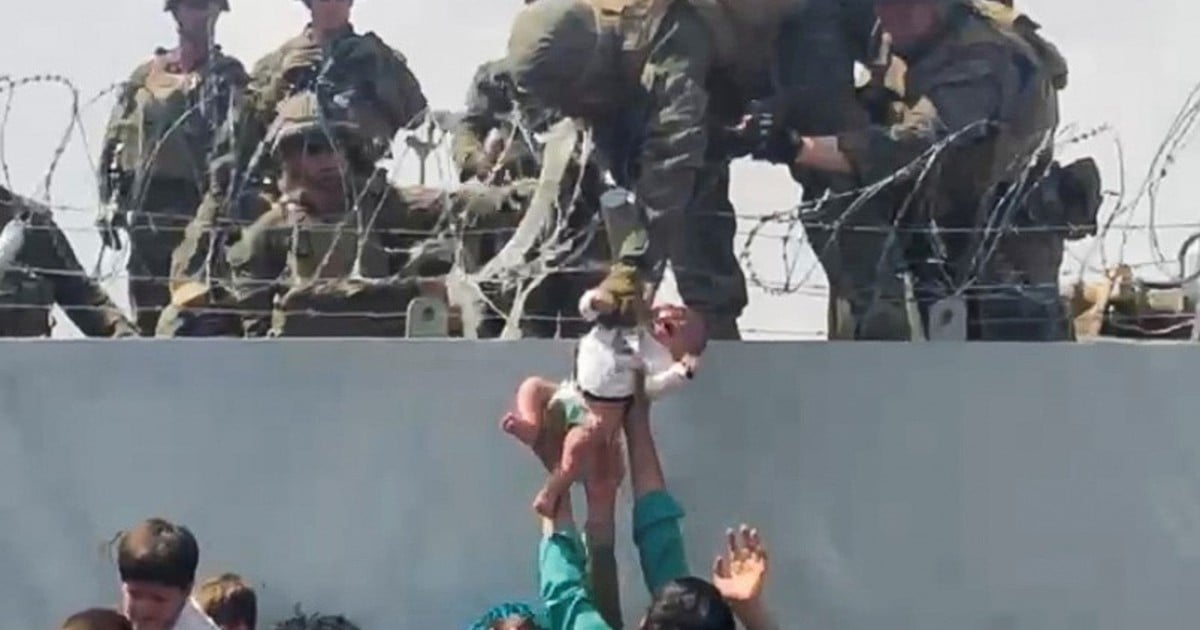 The image of a baby delivered over a wall US soldiers at the Kabul airport portrays the horror that Afghanistan has experienced since the Taliban came to power.

The spokesman for the US Marine Corps, Jim Stenger, explained to the EFE agency that this baby “He was reunited with his father and is safe at the airport”.

A 9-second video that went viral on social media shows how, amid the crowd and chaos, a person delivered a baby over a wall at Kabul airport to an American soldier.

That soldier, according to Stenger, is a Marine from the 24th Marine Expeditionary Unit of the US Armed Forces.

After being rescued, the newborn was taken to a medical treatment center and cared for by professionals.

“This is a true example of the professionalism of the Marines on site, who are making quick decisions in a dynamic situation in support of evacuation operations,” Stenger told EFE.

Asked about the images, Pentagon spokesman John Kirby said it was an “act of compassion.”

Desperation at the Kabul airport, where thousands of people seek to escape. Reuters photo

“A father asked the Marines to take care of the baby because the baby was sick,” he told a news conference on Friday.

“The marine who is seen stretching his arm took him (the boy) to a Norwegian hospital that is at the airport. They treated the boy and returned him to his father“, said.

Unlike Stenger, Kirby claimed that he did not know where the baby was now. “Obviously we have a responsibility to return a child to its parents. I do not know who the father is, and if he applied for a special immigration visa (SIV) I do not have this level of information,” he added.

On Friday, the US military released several photos showing its soldiers caring for children on the grounds of Hamid Karzai International Airport.

The images released by the US Army, in which the soldiers were seen accompanied by children. AFP photo

In one of them, a soldier smiles at a baby who hugs him. In another, two military women carry babies in their arms, while a third shows a kneeling soldier giving a child a drink.

These images were a portrait of the chaotic scenes that are recorded in the capital of Afghanistan, as people try to protect their families and children in the middle of the US military withdrawal.

The US began withdrawing its troops from Afghanistan in May, but has been forced to speed up the evacuation of the remaining Americans in the Asian country and their allies after the rapid advance of the Taliban, who took Kabul on Sunday. and they control almost the entire country after the flight of the hitherto President Ashraf Ghani.

In addition, the US has had to send military reinforcements to guarantee the security of the airport, after the fall of the capital to the insurgents, something that took Washington by surprise.