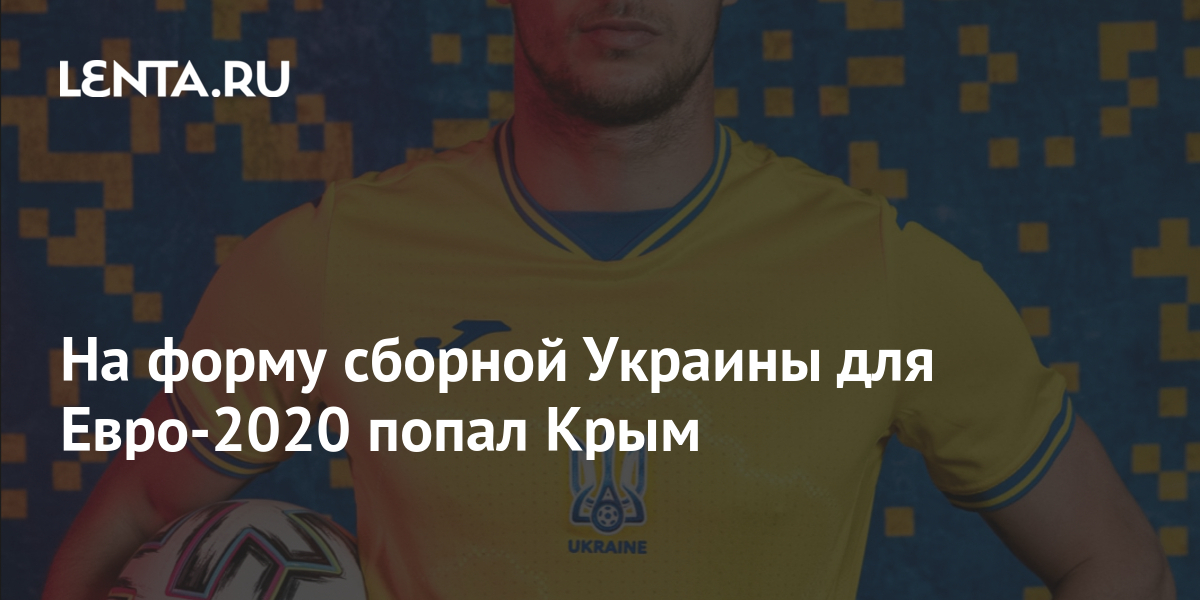 The head of the Ukrainian Football Association Andriy Pavelko presented the uniform of the national team of the country for participation in the European Championship 2020. The photo is available in his Facebook…

The uniform, which is made in the color of the national flag of Ukraine, shows a map of the country, which also includes the Crimean peninsula.

Crimea became part of Russia after a referendum held in March 2014, in which the majority of the region’s residents supported such a decision. Kiev refused to acknowledge its results. Moscow insists that the procedure for joining the region was in accordance with international law.