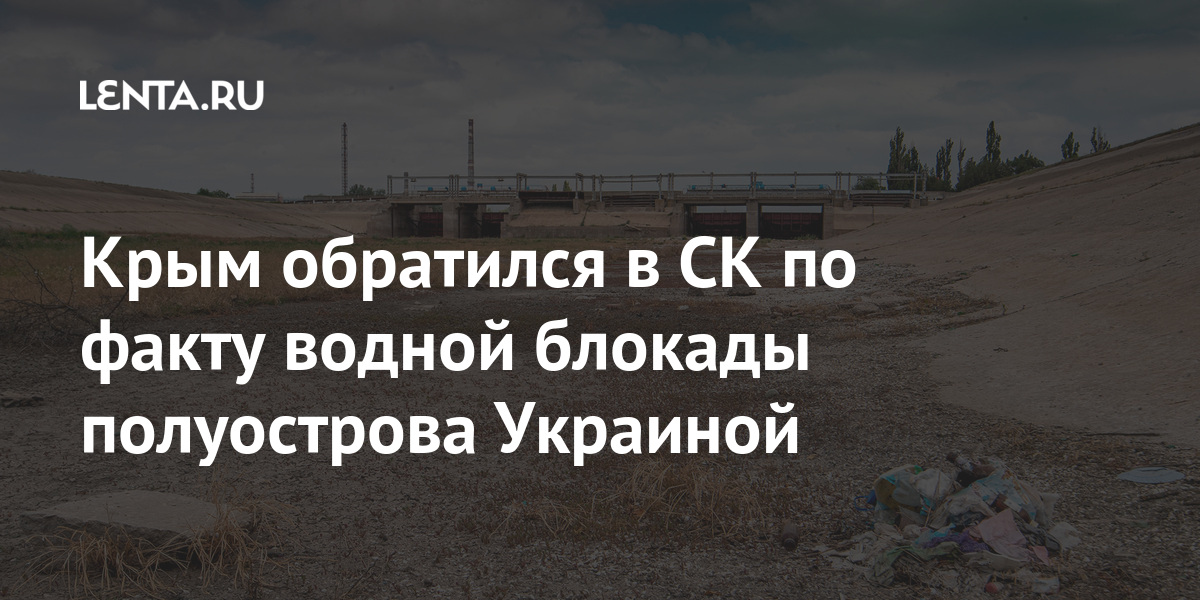 Crimean deputies appealed to the Investigative Committee and handed over materials on damage from the water, energy and transport blockade of the peninsula by Ukraine, reports RIA News with reference to the head of the regional parliament Vladimir Konstantinov.

“Both energy terrorists and instigators of Crimeophobia will answer before the court,” he said.

The list of those involved in the incident includes seven people, including former Ukrainian presidents Petro Poroshenko and Leonid Kravchuk. The list also includes a businessman, former Deputy Prime Minister of the Republic Lenur Islyamov, Permanent Representative of the President of Ukraine in Crimea Boris Babin, Verkhovna Rada Deputy Mustafa Dzhemilev, former parliamentarians Refat Chubarov and Andrey Senchenko. According to Konstantinov, Poroshenko became one of the main defendants, whose responsibility “is not at all limited to organizing a water blockade.”

The head of the IC, Alexander Bastrykin, previously instructed to report on the situation with the shutdown of the water supply through the North Crimean canal. According to preliminary estimates, the damage to the Crimean agro-industrial complex could amount to more than 200 billion rubles. The total amount of the claim can be up to ten trillion rubles.

Crimea became part of Russia in 2014 after a referendum in which the majority of the inhabitants of the peninsula supported this decision. Ukraine considers this territory occupied, which is why it blocked the North Crimean Canal running from the Dnieper, which previously provided more than 80 percent of the peninsula’s needs for fresh water.