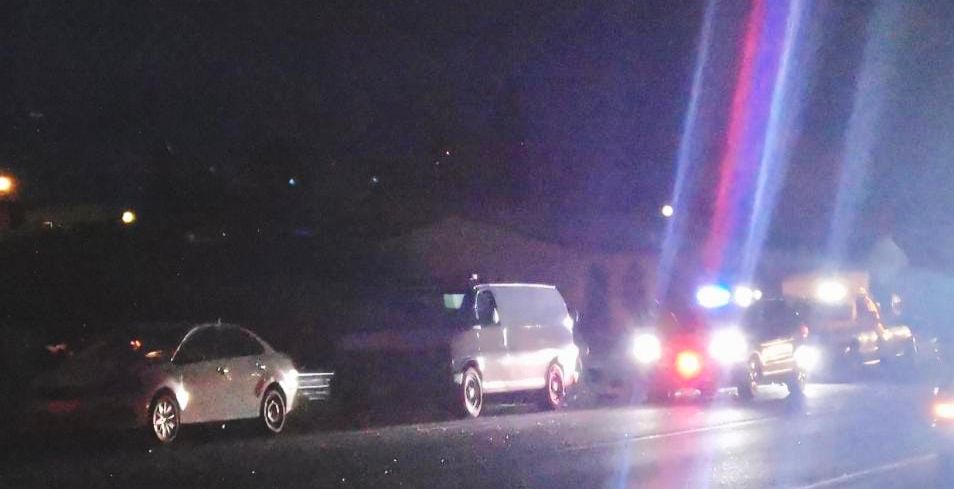 For having little prudence behind the wheel and traveling to speeding, A driver hit another private vehicle in which a family was traveling, leaving two people injured and one death in the car. Short way to Santa Ana.

It was the early morning of this June 27, when the driver aboard a white VolksWagen Bora 2008 type car, was traveling at excess speed on the highway and at kilometer 110 of the aforementioned road in the direction of San Pablo del Monte, he lost control of his unit.

It was at this point of the road where the reckless driver hit a Chevrolet family vehicle, Onix 2021, where a 50-year-old woman and her two children, 21 and 13, were traveling.

Faced with the force of the impact, the 21-year-old man lost his life at the scene, while his mother and sister were left unconscious inside the vehicle, a fact that was witnessed by people who were traveling on the road and gave notice to the authorities.

Elements of the Municipal police and they learned of the facts, at the same time, local paramedics attended to the mother and daughter who were still in the vehicle, to later transfer them to a hospital.

Similarly, staff of the State Attorney General’s Office (FGE) He arrived at the highway section to carry out the corresponding expert reports and the removal of the corpse of the deceased today, meanwhile, cranes towed both vehicles involved.

So far it is unknown who is responsible for this accident, since the authorities have not clarified whether he was arrested at the scene or if he fled from justice.