# Covid19Hoy: United Kingdom will demand to be vaccinated to enter nightclubs and mass events 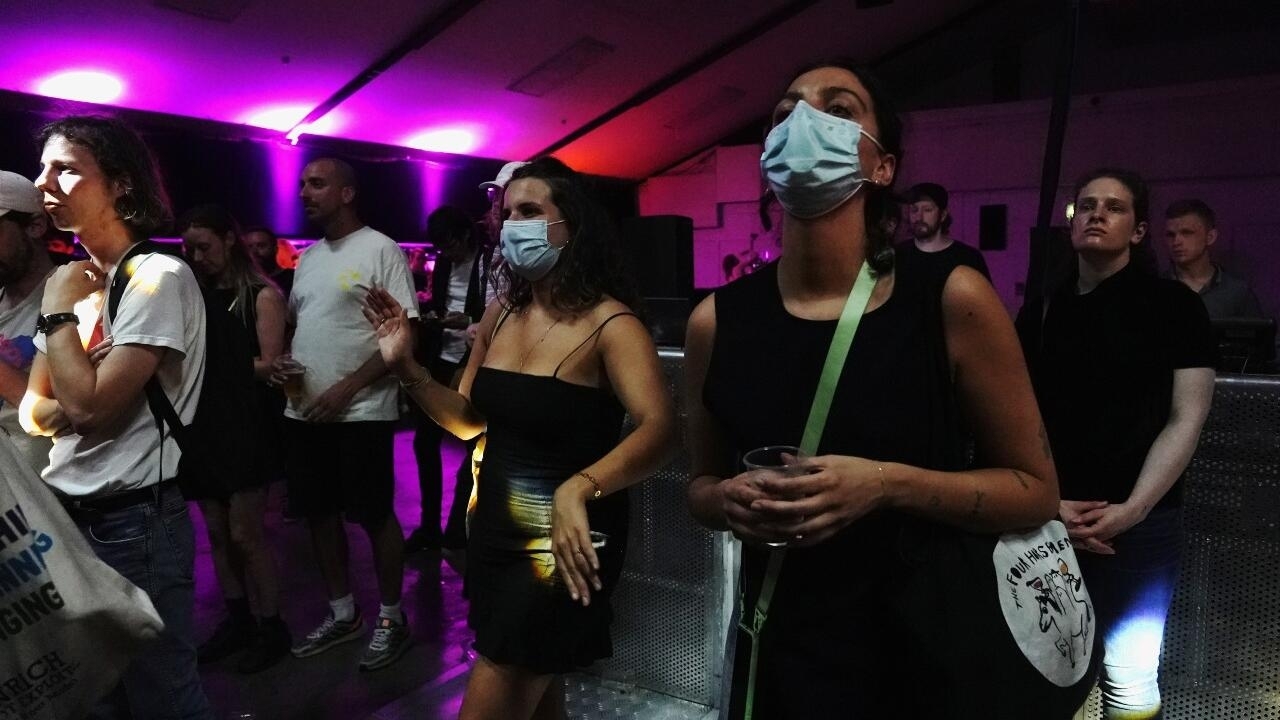 As if it were a national celebration, the British baptized this day as the “day of freedom”, when most of the sanitary restrictions are lifted. However, to enter nightclubs you will have to be vaccinated against the coronavirus. Meanwhile, Chile reported the lowest number of infections since last November and, in Brazil, health authorities approved clinical trials to apply a third dose of AstraZeneca in the territory.

Awareness and caution is what the UK Government has asked of the population, now that most of the restrictions in the country were lifted on July 19, symbolically called the “day of freedom.”

However, the most partying will have to be vaccinated, because, after seeing what has happened in nightclubs and massive events in the Netherlands and Israel, Prime Minister Boris Johnson announced that those attending these entertainment venues will have to be completely inoculated to enter. The decision will take effect from the end of September.

While the UK has made rapid progress in its vaccination plan and just over half the population is already fully protected, only 26.3% of the world’s population has received at least one dose of the Covid vaccine. -19.

According to the Johns Hopkins University tracker, 3.644 million doses have been administered worldwide and only 1% of people in low-income countries have received at least one vaccine.

Next, the most relevant news about Covid-19 in the world this Monday, July 19:

The British Government allowed the reopening of nightclubs on Monday and abandoned almost all the restrictions imposed on the population to stop the contagion of Covid-19.

The United Kingdom is betting on mass vaccination in order to avoid another deadly wave of coronavirus.

However, hours after the announcement of the so-called “freedom day” -as they have called this July 19 on the occasion of the lifting of most sanitary restrictions- the British Prime Minister, Boris Johnson, announced that from the end of September, people who are not fully vaccinated will not be able to enter nightclubs or mass events. The measure includes those who have not received both doses against Covid-19.

This pandemic is far from over and that is why it is essential to keep up the system of Test, Trace & Isolate.

We will protect crucial services by making sure that a very small number of fully vaccinated, critical workers can leave isolation solely for work. pic.twitter.com/OPQ8TCourZ


“I can now advise that by the end of September, when everyone over the age of 18 has had the opportunity to receive a double puncture, we are planning to make full vaccination the condition of entry to nightclubs and other places where they hang out. big crowds, “Johnson said during a news conference.

This means that a negative Covid-19 test will no longer be enough to attend nightlife venues.

The British government’s decision is in response to what has happened at nightclubs in the Netherlands and Israel, where large outbreaks have occurred and authorities forced owners to close their businesses again.

The South American country reported 1,015 new cases of coronavirus this Monday, which represents the lowest number of infections since last November 25.

The Minister of Health, Enrique Paris, assured that “the incidence of confirmed cases within seven days reaches 81 cases per 100,000 inhabitants.”

As can be seen in the following graph, patient admissions # COVID_19 Intensive Care Units continue to decline as a result of the significant decrease in infections. Currently, an average of 81 patients are admitted to an ICU bed per day. pic.twitter.com/mx2EuSjy32


According to the Chilean health authorities, the number of positives per 100,000 PCR tests was less than 3% (2.91%) for the second consecutive day. And this is good news for the country, since the national positivity has been below 5% for two weeks, the threshold established by the WHO to consider the Covid-19 pandemic controlled.

The total balance since the beginning of the health crisis thus stands at 1.6 million cases and 34,539 deaths, after registering 25 deaths in the last day, according to figures reported by the Department of Health Statistics and Information (Deis).

About 10,000 volunteers will be part of a clinical trial that the National Health Surveillance Agency (Anvisa) of Brazil approved this Monday in order to verify the efficacy, safety and immunogenicity of the application of a third dose of the vaccine developed by the pharmaceutical company. AstraZeneca.

The selected participants were previously part of the clinical trials of the initial antigen study, so they have all received both doses. The third will apply between 11 and 13 months after the second.

Anvisa authorized the performance of a clinical study to assess the safety and effectiveness of a third dose of AstraZeneca vaccine. I was also authorized a clinical study for the analysis of the drug proxalutamide in the reduction of viral infection.
Access https://t.co/0saTpiqXcM pic.twitter.com/MHlDiKU1qw


Among the volunteers are people between the ages of 18 and 55 who are highly exposed to the infection, such as health professionals, according to Anvisa. The statement published by the Agency assures that “it is a phase III, controlled, randomized, single-blind study, that is, in which only the volunteer will not know what he received: if a dose of the vaccine or a placebo.”

In recent days, the highest health authority in Brazil had already authorized a clinical study to test a new version of the AstraZeneca formula, known as AZD2816 and modified to also offer immunity against the B.1.351 variant of Sars-CoV- 2 that originated in South Africa.

With EFE, Reuters, AFP and AP