# Covid19Hoy: the world exceeds three million deaths from the virus 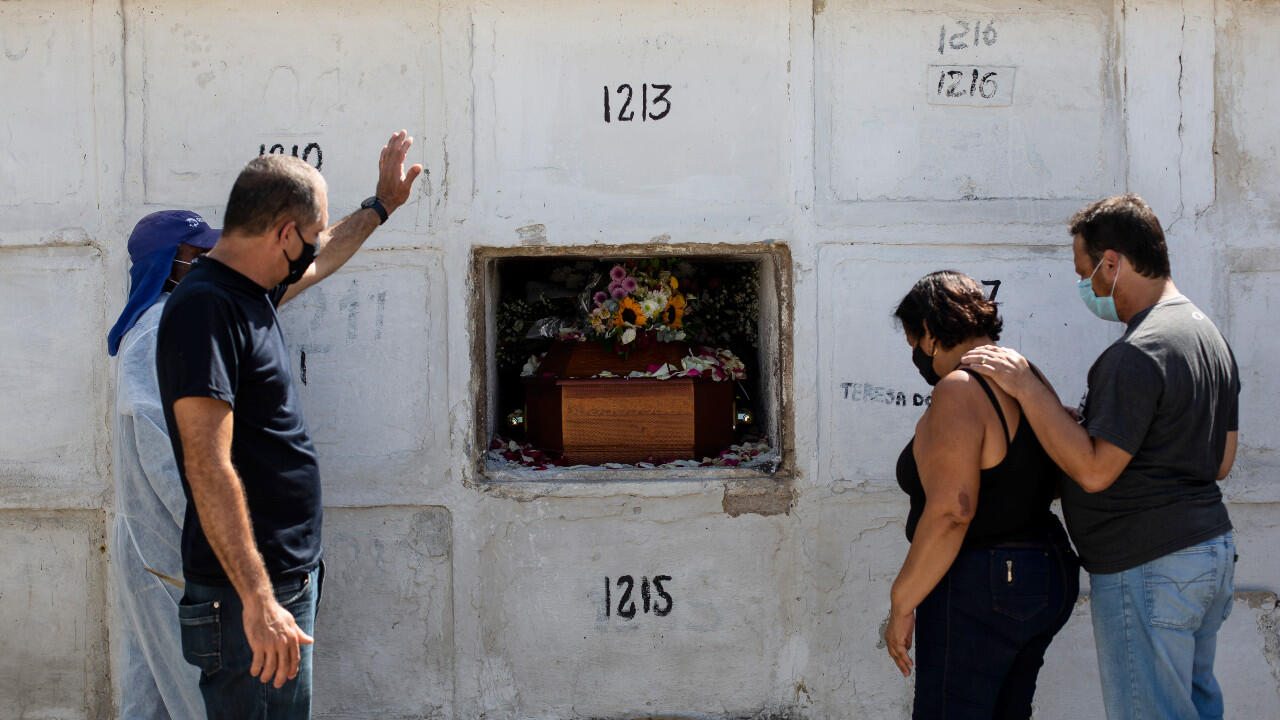 This Saturday the world exceeded the barrier of three million deaths due to the coronavirus, according to Johns Hopkins University. Between attempts to curb the virus with worldwide vaccination campaigns and the application of restrictions, Covid-19 continues to advance. In Colombia, the presence of the British variant, more contagious but not more lethal, was confirmed and India continues to record new records in infections and deaths amid the restrictions.

The advance of Covid-19 and the damage it causes do not stop in the world, as well as the number of deaths as a consequence. As governments move forward with their respective vaccination programs, the pandemic continues to hit countries like Brazil, India and France.

In the world, deaths have already exceeded the barrier of 3 million and total infections exceed 140 million. On the other hand, those recovered from the disease are close to reaching 80 million.

Next, we update all the information about the pandemic on this April 17:

This Saturday, the world surpassed the grim figure of three million deaths from the virus, amid efforts by governments around the world to advance their vaccination programs and try to curb the virus.

After a slight truce in March, the number of daily deaths increased again around the world, with an average of more than 12,000 deaths per day last week, approaching the 14,500 daily deaths recorded at the end of January, in the most critical moment of the pandemic.

The death data, provided by the UJohns Hopkins University, equate the number of lives lost to the virus with the population of cities like Kiev, Ukraine; Caracas Venezuela; or the metropolitan area of ​​Lisbon, Portugal.

The epidemiological situation in the world is very uneven. While in countries like Israel they are managing to stop its spread with an effective vaccination campaign, in others like India the cases and deaths show a marked rebound.

Another example is the United Kingdom, the country most affected by the virus on the European continent. A nation that, despite having accumulated 127,225 deaths, in recent days is registering an average of thirty deaths a day thanks to the advance of vaccination.

The World Health Organization (WHO) already warned this week that the pandemic is advancing at a “very unstable” pace and that it is at a “critical” point. Reason why, from the organism, a call was made to the governments not to lower their guard.

“This is not the point where we want to be 16 months after a pandemic, a time when we already have proven control measures,” said Maria Van Kerkhove, the lead Covid-19 technician within the WHO. .

In Brazil, the third most affected country in the world by the virus in number of infections, around 3,000 deaths are being recorded daily. The South American country is close to 369,000 deaths since the beginning of the pandemic, registering twice as many daily deaths compared to those measured in February. Since March 7, the South American giant is the country that registers the most daily deaths globally.

With intensive care units (ICUs) on the brink of collapse in many regions, the world already registers more than 140 million cases.

The National Institute of Health (INS) of Colombia confirmed this Friday one of the biggest fears at the epidemiological level of the country: the circulation of more contagious foreign variants. In this case, it was the presence of the British variant in Colombia, specifically in the department of Caldas -one of which is part of the Eje Cafetero-.

This was indicated by the agency through a message on Twitter, in which it reminded the population of the importance of “reinforcing” “self-care measures.”

@INSColombia confirms the non-predominant circulation of variant B.1.1.7 in the department of Caldas. Let us remember that all the lineages of interest in public health facilitate the transmission of the virus, so it is essential to insist and reinforce self-care measures.


The Minister of Health, Fernando Ruiz, gave more details in this regard. He assured that the presence of this variant had been detected in two samples, for which he asked regional authorities and health centers and laboratories, responsible for tracking the virus, to “intensify” the study of contact chains.

From the presidency, Iván Duque recalled that the British variant “is not more lethal, but more contagious.” To prevent the spread of this, he asked “to maintain the use of masks, physical distancing, follow biosafety protocols, hand washing and avoid crowds.”

Colombia is facing a rebound in cases in recent weeks, and in the last day 16,703 infections were registered. For this reason, in the main cities of the country – such as Bogotá and Medellín – it has been decided to impose new restrictions to try to avoid hospital pressure and reduce cases.

Both Bogotá and Medellín are under quarantine for the weekend. Measures that have led to demonstrations by hundreds of merchants dissatisfied with the closures, which blocked some of the main streets of Bogotá for hours on Friday.

In the South American country there are a total of 100,491 active cases, equivalent to 3.83% of the total confirmed infections, while 2,442,453 people appear as recovered, that is, 93.24% of the patients who have contracted the virus .

Day after day, the second wave of the virus in India continues to break records in deaths and infections. This Saturday, the Asian country registered 234,692 new cases and 1,341 deaths, amid new restrictions in states such as New Delhi or northern Uttar Pradesh.

Since last Thursday, when India surpassed the barrier of 200,000 infections a day, the country has been recording new highs daily.

Also the 1,341 deaths reported in the last 24 hours due to Covid-19 represent a sad record in the country. And they represent the highest number recorded so far in India except for the 2,006 registered on June 16 last year.

These new figures have led the country to overtake Brazil and become the second nation most affected by the virus behind the United States. Which is why New Delhi imposed a lockdown throughout the weekend, as well as gym and restaurant closures until the end of the month, to control the pandemic.

Other regions such as Uttar Pradesh and Maharashtra imposed a 36-hour quarantine and tightened restrictive measures in an attempt to stem the resurgence of the second wave.

But despite the critical epidemiological situation, the Hindu religious festival Kumbh Mela, which has been celebrated since January in northern India, attracted 4.6 million in two days this week. An agglomeration of people that threatens to enhance the transmission of the virus.

For this reason, Prime Minister Narendra Modi encouraged the population to celebrate the festival in a symbolic way.


“I have prayed for two royal baths to be held and for the Kumbh to remain symbolic due to the crisis. This will give strength to the fight against this pandemic,” Modi said through social networks.

In the midst of the outbreak, India continues with its vaccination campaign and since the beginning of January 119.9 million doses have been administered, 3 million in the last 24 hours.

With AP, AFP and EFE

HS Visio | Facebook has a great responsibility in eradicating hate speech and demarcating freedom of speech in Finland as well. Aura Salla, Director of Public Relations, talks about how some giants are pushing the boundaries of the debate.