# Covid19Hoy: the Delta variant could cause 90% of infections in the EU by August 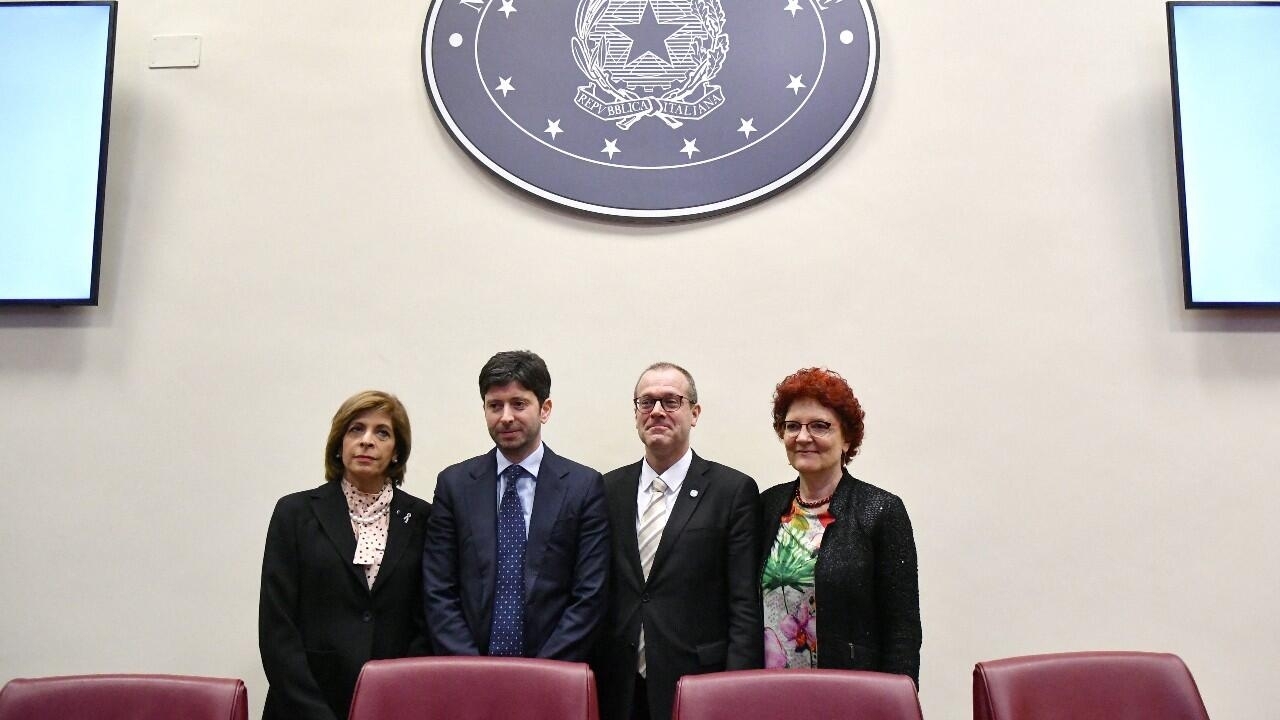 The European Center for Disease Prevention and Control (ECDC, for its acronym in English) warned that by the end of August, 90% of infections in the old continent could be related to that variant of Covid-19, detected by first time in India. In other notes, Argentina could combine doses of vaccines due to the shortage of second inoculations of Sputnik V, while Greece plans to lift the mandatory use of masks on June 24.

According to the World Health Organization (WHO), there are around 11 variants of the Covid-19 virus. Of that number, four of them (the Alpha, Beta, Gamma and Delta variants) are the ones that have attracted attention because they are the cause of most of the current infections and are present in various countries.

The UN agency has repeatedly warned that these virus mutations are more transmissible and have been associated with an upturn in infections in countries such as the United Kingdom, Brazil and India.

According to the independent count from Johns Hopkins University, as of June 23, the world registered a total of 179.2 million infections with 3.8 million deaths associated with the disease. Likewise, the study reveals that little more than 2,720 million doses of the different vaccines against the virus have been applied.

Just as a number of European Union countries are getting ready for a loosening of restrictions, the European Center for Disease Prevention and Control (ECDC) issued a grim warning that could jeopardize plans for the establishment. of a new normal in the territory.

According to the agency, which acts as a regulator within the block of 27, the Delta variant could be the cause of 90% of infections in the European block by the end of August. This mutation was initially detected in India and, according to studies, it could be present in at least 80 countries.

“The Delta variant is more transmissible than other circulating variants and we estimate that by the end of August it will account for 90% of all Sars-CoV-2 viruses circulating in the European Union,” said Andrea Ammon, director of the European Center for Prevention and Disease Control.

Ammon, who in the past served as an advisor in the German Government, has warned about the vulnerability of young people to the new variant because this population, in many cases, has been outside the vaccination plans. Therefore, he asked to take extreme care measures during the next holiday season.

“It is very likely that the Delta variant circulates widely during the summer, particularly among younger people who are not the target of vaccination. This could put the most vulnerable people at risk of becoming infected and experiencing serious illness and death if they are not fully vaccinated, ”Ammon added in his statement.

On vaccination, the ECDC spokeswoman stated that the two doses of all vaccines available in Europe provide “high protection against the variant”, but warned that at least 30% of people over 80 years old and approximately 40 % of people over 60 years of age have not yet received a full vaccination within the European Union.

“It is very important to move forward with the launch of the vaccine at a very high rate. At this stage, it is crucial that the second dose of vaccination is administered within the minimum authorized interval from the first dose, to accelerate the rate at which vulnerable people are protected, ”he added.

Ammon noted that the emergence of the new variant has put the effort developed to control the pandemic at risk and required “immediate action” by national authorities.

“There are still too many people at risk of serious Covid-19 infection, whom we must protect as soon as possible. Until most vulnerable people are protected, we must keep the circulation of the Delta virus low by strictly following public health measures, which worked to control the impact of other variants, “he added.

The Delta variant is considered between 40 and 60% more transmissible than the original virus and could be associated with an increased risk of hospitalization. On the other hand, the UK Health Minister, Matt Hancock, said in recent days 90% of current infections in British territory correspond to this mutation. The shooting of the cases forced the Government of Boris Johnson to slow down the opening process in the United Kingdom.

The Minister of Health of Argentina, Carla Vizzotti, reported that the Government is evaluating the combination of drugs from different laboratories to maintain the national vaccination program that has been affected by the country’s difficulty in accessing component two of the Russian Sputnik V vaccine. .

“It is a possibility that is being evaluated from the outset, not necessarily due to the difficulty of access but also to expand and clarify the vaccination campaign; platform exchange can simplify this (…) We are by no means saying that this is going to happen; we are evaluating it always, not now. And when we reach a technical consensus with the scientific evidence, the experience of other countries, and we discuss it with the jurisdictions, we will define it, ”said Vizzotti.

Unlike the vaccines made by the Sinopharm and AstraZeneca laboratories, which are also administered in Argentina and continue to arrive in the country, the doses of the Russian Sputnik V are different from each other. According to the Argentine newspaper ‘Clarín’, the South American nation has received 9,415,745 from Moscow, where 7,875,585 correspond to component one and 1,540,160 to component two. On the situation Dmitri Peskov, spokesman for the Russian Government, has indicated that at present “the absolute priority is internal consumption and the satisfaction of local needs”, but that they will comply with their obligations.

This morning a new shipment with 464,000 doses of Sinopharm arrived from Qatar.

In this way, Argentina reaches a total of 23,816,145 doses to continue with the Strategic Vaccination Plan.


Argentina, a country that registers an accumulated 4.2 million infections and 90,281 deaths associated with the disease, has administered a total of 18.5 million doses. Of these, 14.8 million correspond to the first dose. In order to expand its immunization program, the government is holding negotiations with the pharmaceutical company Pfizer, which are close to being closed according to the minister.

As of June 24, Greece will lift the measure that required the use of masks in outdoor spaces, with the exception of crowded places, as part of the process of easing restrictions after observing an “improvement in the epidemiological panorama” and progress of the vaccination process. According to Vana Papaevangelou, a member of the infectious disease expert committee that advises the government, “there is currently a favorable outlook.”

However, the use of masks will remain mandatory indoors or indoors. Additionally, it is expected that by June 28 other restrictions will be lifted, such as the night curfew, the increase in the number of people at the same table (from six to 10) and the number of visitors on a beach to which It will be set at 120 people per 1,000 square meters.

Greece, which according to the independent count of Johns Hopkins University registers a cumulative 419,455 cases and 12,589 deaths, managed to overcome a first wave of the disease without major consequences but the increase in cases at the end of last year, which caused the collapse of the health system, forced the Government to establish a series of restrictions in November.

“As long as the virus circulates among us, there should be no complacency. The more it circulates, the greater the chances of new mutations,” Papaevangelou said.