# Covid19Hoy: Italy commemorates in Bergamo its 103,432 deaths from the pandemic 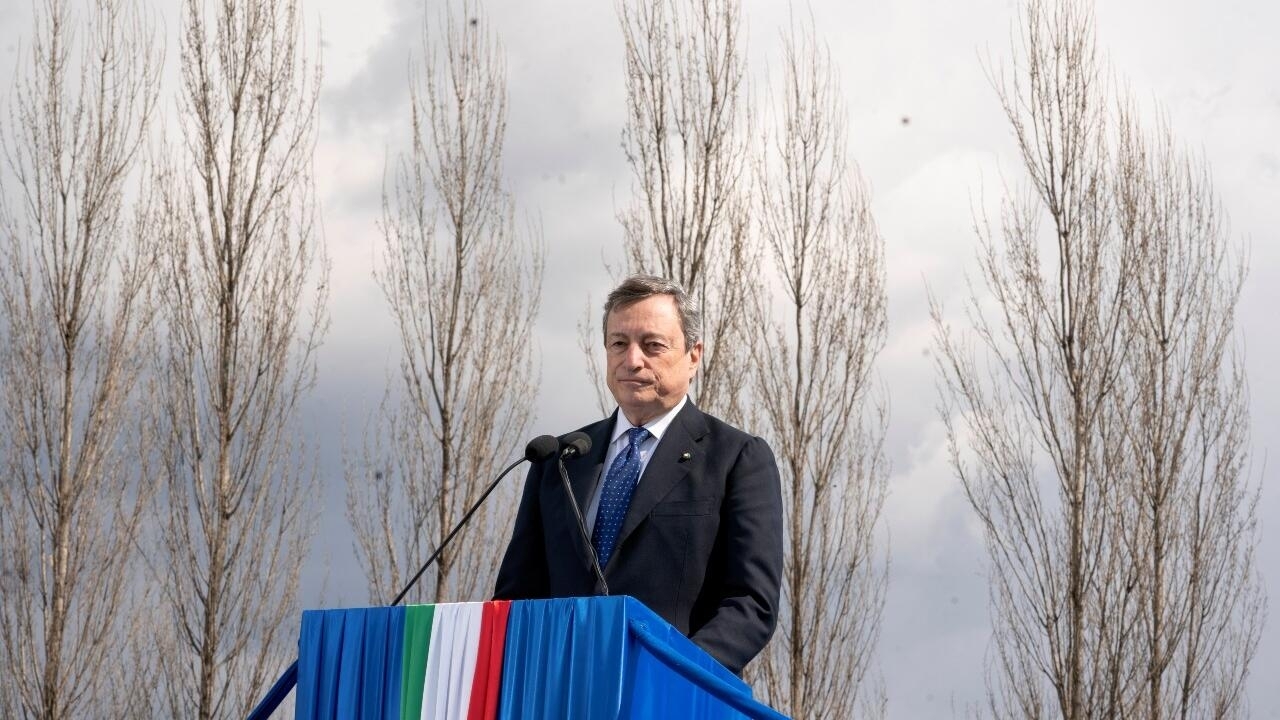 Italy commemorates the 103,432 deceased by Covid-19, the same day a year ago when the images of military trucks evacuating coffins in Bergamo went viral, an image that raised awareness of the tragedy that devastated the north of the country. Meanwhile, the UK vaccine regulator defended the use of the AstraZeneca compound. France announced that it will increase restrictions for 27% of the French from this weekend.

More than a year after the pandemic was declared, the world is adding tragic anniversaries as the different governments advance in the vaccination processes that allow a return to a normality more similar to the one that existed before the arrival of Covid-19 .

One year after the shocking images of Bergamo, the world has already added 121,372,046 infections since the beginning of the pandemic and deaths reach 2,683,059, according to data from the Johns Hopkins University.

Next, the most outstanding news of the global emergency this Thursday, March 18:

A year ago the images that a man recorded from his window in Bergamo went around the world. In them you could see a military convoy transporting coffins to be cremated in other cities as local funeral homes overflowed. The reactions ranged from sadness to disbelief. For the inhabitants of Bergamo they were nothing but confirmation of the tragedy that devastated their city and much of northern Italy.

This March 18, Italy took advantage of the anniversary of those images to commemorate in the same city the 103,432 deaths that the pandemic has left in the country. As of today, this day will become the National Day of the Victims of Covid-19, which on this first occasion was attended by the President of the Government, Mario Draghi.

“This is a day full of sadness, but also hope. I want you to feel close to me in sadness and hope,” said Draghi in a ceremony held on the esplanade where up to 800 trees will be planted, as the death toll by Covid-19 in the province of Bergamo to date.

But the pandemic is far from being a memory yet. In Italy, 431 people died from the coronavirus on Wednesday alone. “We had dreamed of the end of the pandemic, but it has not come yet. We wish this meadow was full of people. We were the symbol of the pandemic last year, with the images of the convoys of military trucks, that’s why we want be today a symbol of rebirth, “said the mayor of Bergamo, Giorgio Gori.

In his speech, Draghi also wanted to recall that the pause of the vaccination with the AstraZeneca antidote “was a temporary decision and as a precaution.” “The vaccination will continue with the same intensity, with the same objectives,” he added, whatever the recommendation given today by the European Medicines Agency (EMA).

Britain’s Medicines and Health Products Regulatory Agency (MHRA) came out on Thursday in defense of the AstraZeneca vaccine, for which, they claimed, there have been only five cases of a rare type of blood clot. in the brain.

This agency joins the argument of the European Medicines Agency (EMA) that the benefits far outweigh the risks. During the last days, several countries of the European Union, including France and Germany, have stopped vaccination with this antidote as a precaution.

“Given the extremely rare rate of occurrence of these events among the 11 million people vaccinated (with AstraZeneca), and as a link to the vaccine has not been proven, the benefits of the vaccine to prevent Covid-19, with its risk associated with hospitalization and death, continue to outweigh the risks of potential side effects, “said June Raine, executive director of the MHRA.

“There is no evidence that blood clots are occurring in the veins more than would be expected in the absence of vaccination for any of the vaccines,” the regulator added.

The EMA is also studying another 30 reports of blood disorders among the five million vaccinated with AstraZeneca in the EU.

It had been announced by Emmanuel Macron and Prime Minister Jean Castex and this Thursday it will take effect. The Paris region and the Hauts de France region, which are home to 27% of France’s population, will be affected by new restrictive measures starting this weekend. It is expected that this Thursday at 18:00 local time Castex, together with the head of Health, Olivier Véran, will announce the new measures.

For the moment, the station ‘France Bleu’ had access to some leaks that anticipate a “hybrid” confinement regime that will last “a few weeks” and that would not have to be the same in both regions, since that of Paris is currently in a worse hospital situation.

At the moment all are press versions, although it is assumed that the schools will remain open with the new measures, following the words of the executive spokesman, Gabriel Attal, who stated that the closure of schools “can only be seen as last resource”.

Before the meeting in which the Executive decided the measures to take, Macron had visited a hospital in the city of Poissy, where he said that in the face of the increase in patients from Covid-19, the Government will follow “pragmatic, proportionate, territorialized decisions “.

China had managed to curb local infections after the outbreaks that emerged in the winter months. Thanks to strict quarantines and analysis, since last February 14 there had been no new case of Covid-19 until this March 18, when the authorities confirmed a new contagion in the central city of Xi’an.

The Shaanxi Provincial Health Commission reported today that the infected person works at Xi’an Number 8 Hospital. This facility is responsible for the treatment of coronavirus patients and currently has eight hospitalized, all of them detected with positive cases when they arrived from abroad.

It is noteworthy that it is a local contagion, as the National Health Commission announced this Thursday another six positive cases, as well as six other asymptomatic infections, but all come from outside the country’s borders. In total, in mainland China there are 169 infected.

Diakhaby leaves the pitch for racism