# Covid19Hoy: India exceeds 20 million cases in the middle of a crisis that does not give truce 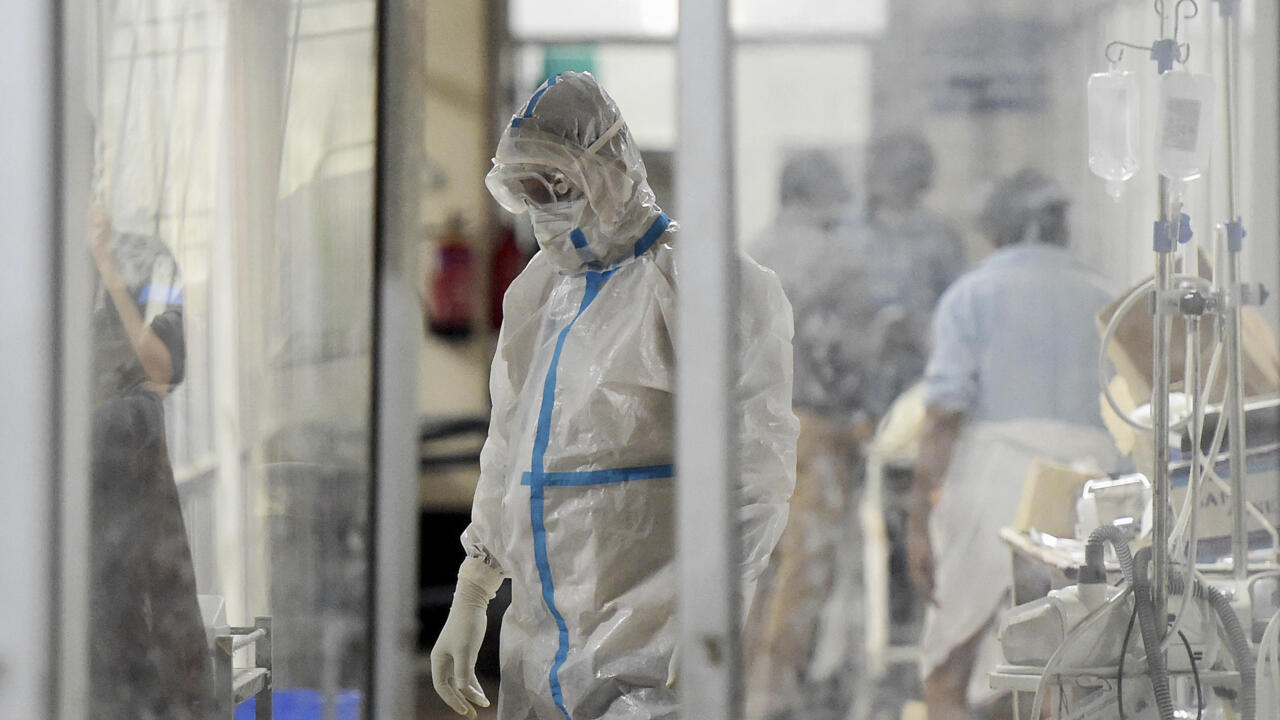 India remains immersed in a deep health crisis as hospitals and even funeral services collapse. The leader of the opposition, Rahul Gandhi, proposed that the only way to stop the spread of the virus is to do a nationwide lockdown. In other news, the Spanish communities will be able to decide the restrictions as of May 9 and the pharmaceutical company Pfizer will ask in the US that its vaccine be authorized for all children this year.

While several countries in the world, the most developed, begin to see the fruits of the massive vaccination against Covid-19 and execute their plans to reopen economies little by little, others suffer the worst moment of the pandemic coupled with the slowness in the inoculation plans.

Since the virus broke into China, the world has recorded 153.7 million infections, 3.2 million fatalities and 90 million recovered.

Here are some of the most outstanding news about the pandemic this May 4:

Although India took more than 10 months to reach the first 10 million infections, the lack of control of the pandemic has taken a turn and 10 million new cases have been registered in just over four months. There are already 3.45 million active cases, of which 357,229 have been confirmed in the last 24 hours. In addition, 222,408 people have lost their lives due to the virus, according to data from the Ministry of Health.

The deadly second wave of infections in this nation has seen the world’s largest increase in Covid-19 infections. This makes it the second country with the most cases in the world, after the United States. However, medical experts say that the actual figures in India could be five to ten times higher than those in official records.

The health collapse led the Asian country to ask the international community for help. More than 40 countries have sent oxygen and medical supplies in solidarity. The United States, for example, announced a few days ago the shipment of shipments of medical supplies worth more than 100 million dollars.

As a result of this crisis, the cricket leaders suspended the Indian Premier League; the crematoria are overflowing; the black market has run rampant as panicky wealthy people have made inordinate purchases of oxygen and medicine. Also, there is a shortage of tests and vaccines.

The vice president of the Spanish Government, Carmen Calvo, has stated that the responsibility for the restrictions to stop the contagion of coronavirus will be transferred to the 17 autonomous communities of the country when the state of alarm ends. This six-month decree expires on Sunday, May 9.

The agreement is that the regional authorities may establish curfews and confine areas, but they must enlist the support of local courts. If a local court rejects the measures proposed by a regional government, it could appeal to the Supreme Court, which would set precedents applicable to all communities.

It should be noted that, according to the health authorities, one in four Spaniards, that is, 12,162,359 people, have already received a dose of the Covid-19 vaccine. In addition, approximately 5,098,903 people have received the two doses of the vaccine, that is, 11% of the population.

Not satisfied with this, the country accelerates its inoculation program. In fact, Pedro Sánchez, the head of the Spanish government, said last month that he expected 70% of the population to be vaccinated by the end of August. This in order to reduce infections, which exceed 3.54 million, of which 78,293 have been recovered.

Pfizer, the American pharmaceutical company, said Tuesday that it plans to request authorization in the United States to allow emergency use of its Covid-19 vaccine in children of all ages before the end of this year. They plan to do it in two phases: in September they will appeal to vaccinate children between 2 and 11 years old and in November for those between 6 months and 2 years old.

The company, which so far is authorized to vaccinate people over 16 years of age, has already asked the US authorities for permission to apply the antidote to children between 12 and 15 years old. According to various sources, the go-ahead from Washington could come next week.

This would be a breakthrough since the country is unlikely to achieve herd immunity until minors are also vaccinated. Some experts point out that, if full authorization is given, many citizens with doubts could decide to vaccinate.

It should be noted that the United States is the country with the worst data in terms of spread infections, with more than 32.5 million cases and more than half a million deaths.

However, 247 million doses against Covid-19 have been administered and 106 million people are already fully vaccinated, that is, 32.1 percent of their total population.

Infection Protection Act: “These are not luxury problems, but far-reaching encroachments on fundamental rights”

The queen of flow 2: release date confirmed by Caracol Television